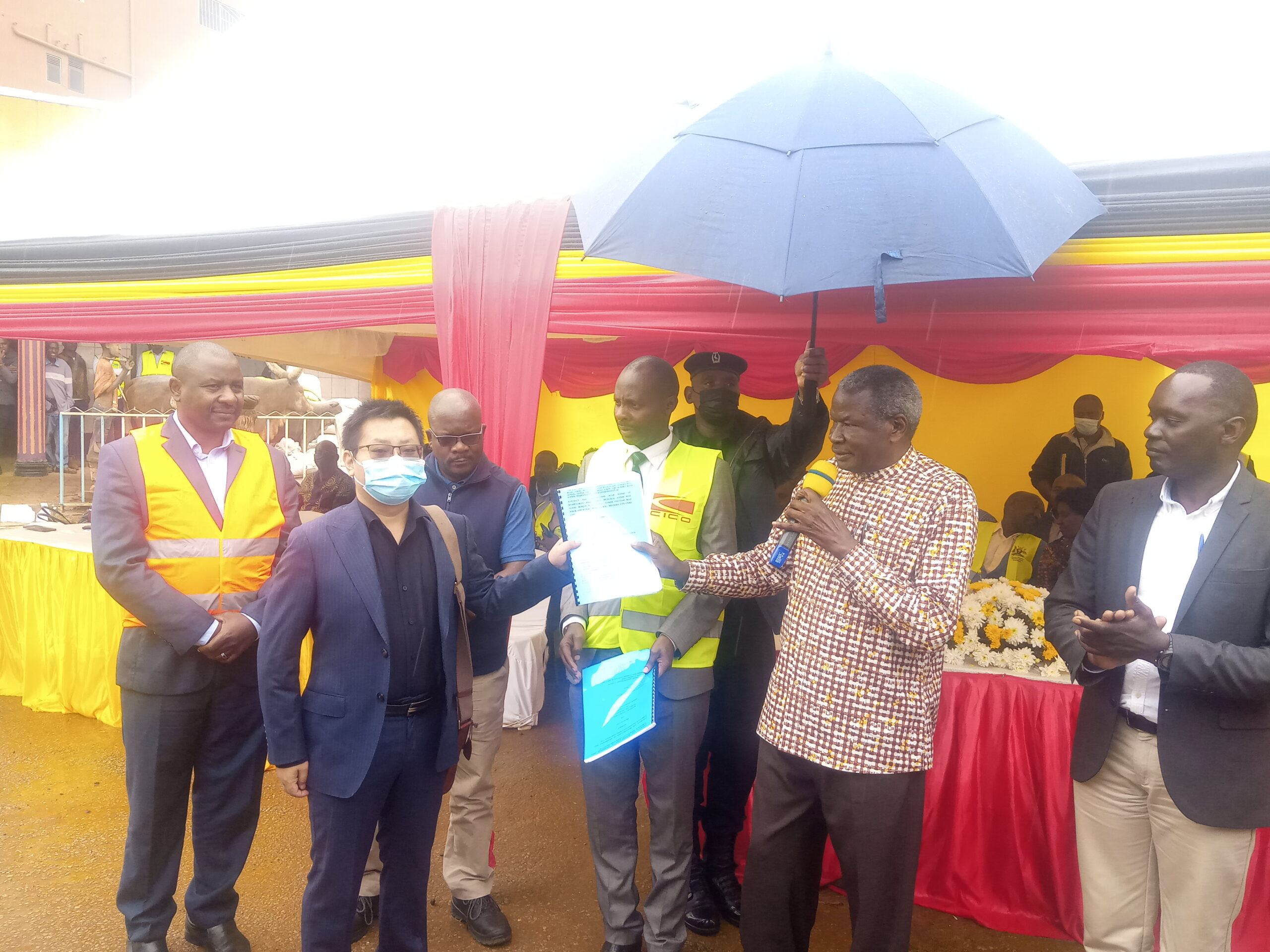 By Our Reporter
Mbarara

Local contractors are at risk of loosing Uganda Support to Municipal Infrastructure Development program over delays and shoddy works on road construction projects in the urban Centres.

The State Minister for Lands and Urban Development, Obiga Kania has warned all local contractors to pull up their socks and outcompete foreign contractors or they risk loosing USMID projects contracts. He made these remarks reflecting on the delayed works by Multiplex construction company that took the contract of USMID in Mbarara, Ntungamo and Kabale.

According to sources, Multiplex has delayed to handover the project in the time flame which the the contract was expected to be finished. The company has been given grace periods and extensions to finish up the project but up to now, there is a very big work load remaining when even the time that they were given is almost elapsing. Under this project specifically in Mbarara, according to the current Physical performance as far as these roads are concerned, Victor Bwana is at 68℅, Stanley road is at 47% and Galt road is at 39%.

Speaking to the leaders while commissioning a 3.94km road construction in Mbarara last week, Minister Obiga Kania said that if the local contractors cannot deliver what USMID expects from them then there will be less chances to win the contracts again. That if the government finds that foreign construction companies deliver better, then they will be considered.

Last week, Minister Obiga Kania commissioned and handed over a commencement certificate to a  foreign or a chines construction company called CICO to embark constructions on a contract of 3.94km road in Mbarara. There are  five roads to be worked on in this contract at a price of Uganda shillings 18billions. These roads include, Kyamugororani road 2km, Municipal Access road 0.1km Lower Circular road 0.8km, Mosque road 0.55km, and Ruhara road 0.47km.
On the other hand, the minister also commissioned beautification of Rwebikoona yard at a contract price 1.8billion and this was awarded to a local contractor called KWED.

While addressing the Minister, Mayor Robert Kakyebezi said that if the other local contractor (Multiplext)fails to complete the work on the other three roads in the expected given time and CICO complete theirs before, it will be better if they terminate Multiplex and they give the contract to the Chinese. He added that Multiplex must work under pressure by hook or crook to ensure that the chinese do not take over their contract.

” Today we have commissioned these projects but we expect maximum cooperation for these projects to be finished in time without delays. We are giving this contract to a foreign construction company which is CICO, Government has a policy of building and using local content by our own people. In simple terms BUBU ( Build Uganda Buy Uganda), but for us in USMID we define BUBU as that one which can do local and which can deliver. You don’t win a contract because you are local, you should win a contract because of your track record”,  said  Minister Obiga Kania.

“For USMUD projects, please the local contractors pull up your socks, deliver and we shall prefer you. Now in Mbarara here, we have got a very good competition, there is CICO and there is the other Local company Multiplex and we are the examiners, we are going to start marking who will get the biggest marks.  we want in this short period of time before this project of CICO completes we want all the 11km including the other of Multiplex all of them must be finished at the same time and then we look at the next phase” he added.

He also tasked the local leaders beginning with the City Mayor to keep visiting these projects to make sure that they deliver. He implored the leaders never to leave these contractors alone if they want to avoid delays and other problems in these projects.