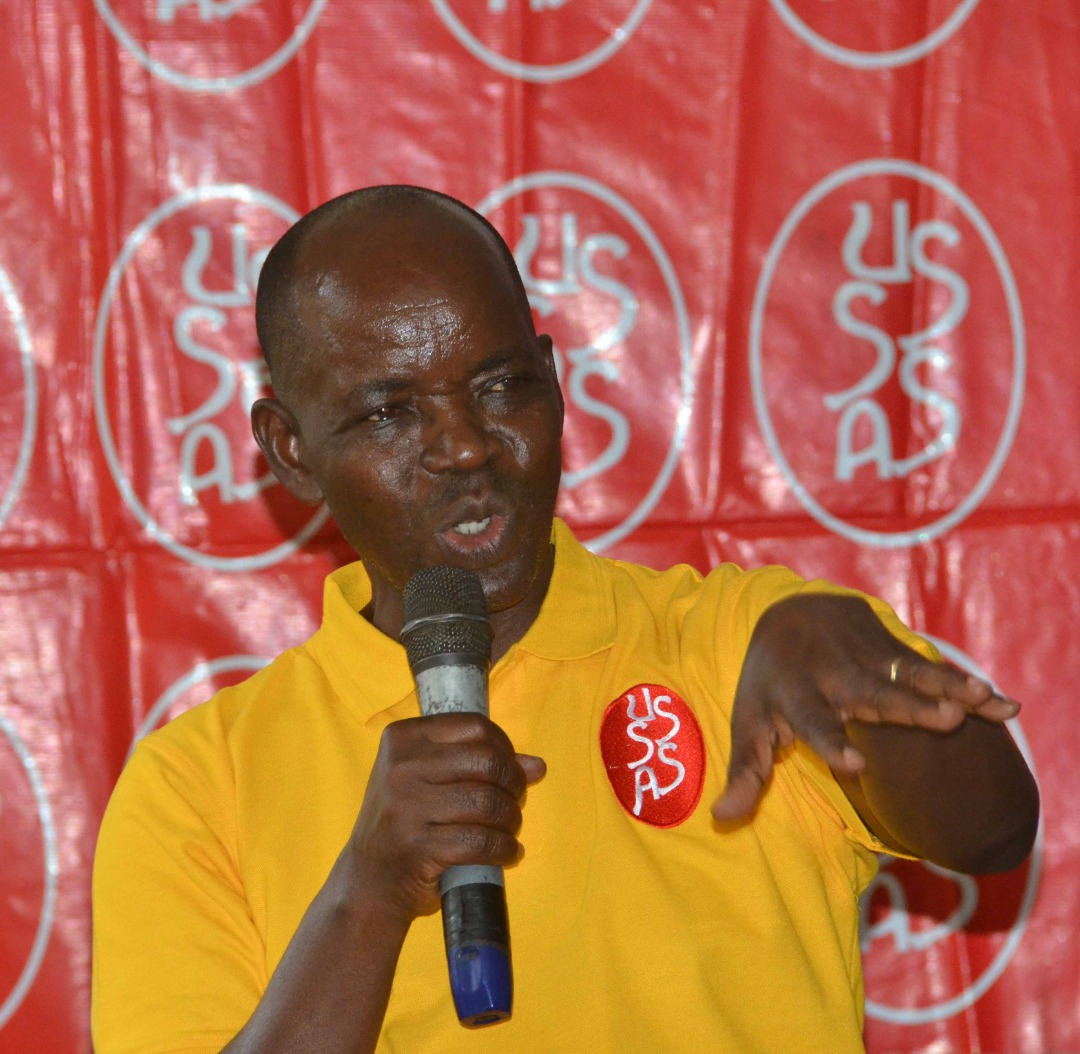 Once in an eon, there will be an event that will occur in a community and it will change its approach to life and living to the extent that they never will think of life without it. This has happened before in many sectors of the universe. It has been demonstrated, in physics with the arrival on the stage, impromptu, without invitation, of an Albert Einstein or in literature a William Shakespeare, in leadership a church hill etc. These individuals leave the sector they are in changed to the maximum, overhauled to the minutest and turned around to non-recognition.

They can also come as gifts to people places and persons. And when they touch you, they don’t leave you the same. They have what is famously called the Midas touch. Everything they touch turns to gold!

And that is what USSSA and Mr. Okanya have become to USSSA. The institution has turned into gold after coming in the presence of its current president.

USSSA was like the proverbial concubine that had been deserted by the husband and was nolonger attractive even to passersby. No life, no output.

It was homeless, cashless, and radar less. No one wanted to be associated with this trio of evil, except the fastidious Okanya. He has never shied away from a battle because of how hard it appeared.

Within four years, 2 of which were Covid restricted, the beauty that USSSA has become has come to the fore and is attracting numerous suitors. It’s buzzing with dreams to be achieved, not lacking in leadership with all the leaders coming through the democratic elections,

Mr. Okanya’s down to earth humility, reconciliatory, brotherly approach, integrity with honour, respect for all and God fearing attitude made the impossible possible and has turned the tide into one direction. Up.

An address, a permanent one is now in place from the unsafely of a briefcase, a secretariat that is fully open and employs 5 personnel., Games that no longer are for participating into but competing for, students that are no longer followers but medal prospects and a bank account that is the envy of all. The abadined wife is now attracting suitors, a good thing for the wife, I would say. Where does that leave the husband that toiled to put her back to the top?

With every success comes challenges, soon the finger pointers want to become the husbands of the now beautiful wife, they never wanted to partake of the dirty work. We are saying hold on; let’s leave her in a better condition to what she appears currently.

Success is never ending and failure is never final, Mr. Okanya is ready to take USSSA to the next level in the next four years’ sneak peek into what the future holds with okanya at the helm,

From five billion to Ugx20bn in the next four years.

From developing talent to celebrating stars.

From four headquarters secretariat staff to over ten from single regional office.

From improving and mending relationships with sponsors, government to creating new lucrative sponsors for all games.

From talent identification to talent maturity.

From using volunteers to capacity building of trainers in schools.

If he is not for us, he is against us.

It’s only worthy for us to return okanya unopposed, to show our gratitude to the man with a Midas touch.