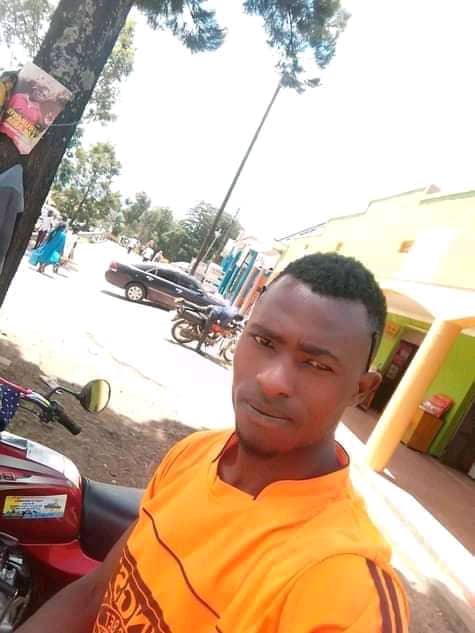 KISORO —Police in Kisoro is hunting for assailants who allegedly hammered, a motorcyclist and took off with his motorcycle. The deceased has been identified as Davis Ndayisenga 28 yrs mufumbira, aboda boda rider and resident of Nyabitare cell Rwaramba parish Nyakinama s/c Kisoro district.

It’s alleged that yesterday on Thursday, the deceased was hired by yet unidentified man putting on a black coat and a jean trouser from his stage opposite Miami hotel Kisoro municipality at around 7:30pm to be taken to unknown place.

Maate adds that Later at arround 8:00pm the victim was found lying near the road in Rwaramba village Nyakinama Sub-county while unconsious after he was allegedly hit with a hammer on the head and his motocycle taken.

The boda boda operators who work with him were the first respondents at the place where he was found lying. Maate explained that, Upon searching the nearby garden of beans, that’s when a hummer was recovered and suspected to be the weapon used to hit him.

The victim was rushed to Mutorele hospital where he died moments later at around 0100am. Scene was visited and postmortem done, hammer exhibited and no suspect arrested so far. A case of Murder/Aggravated Robbery has been registered at Kisoro central police under the reference Number CRB 215/2022