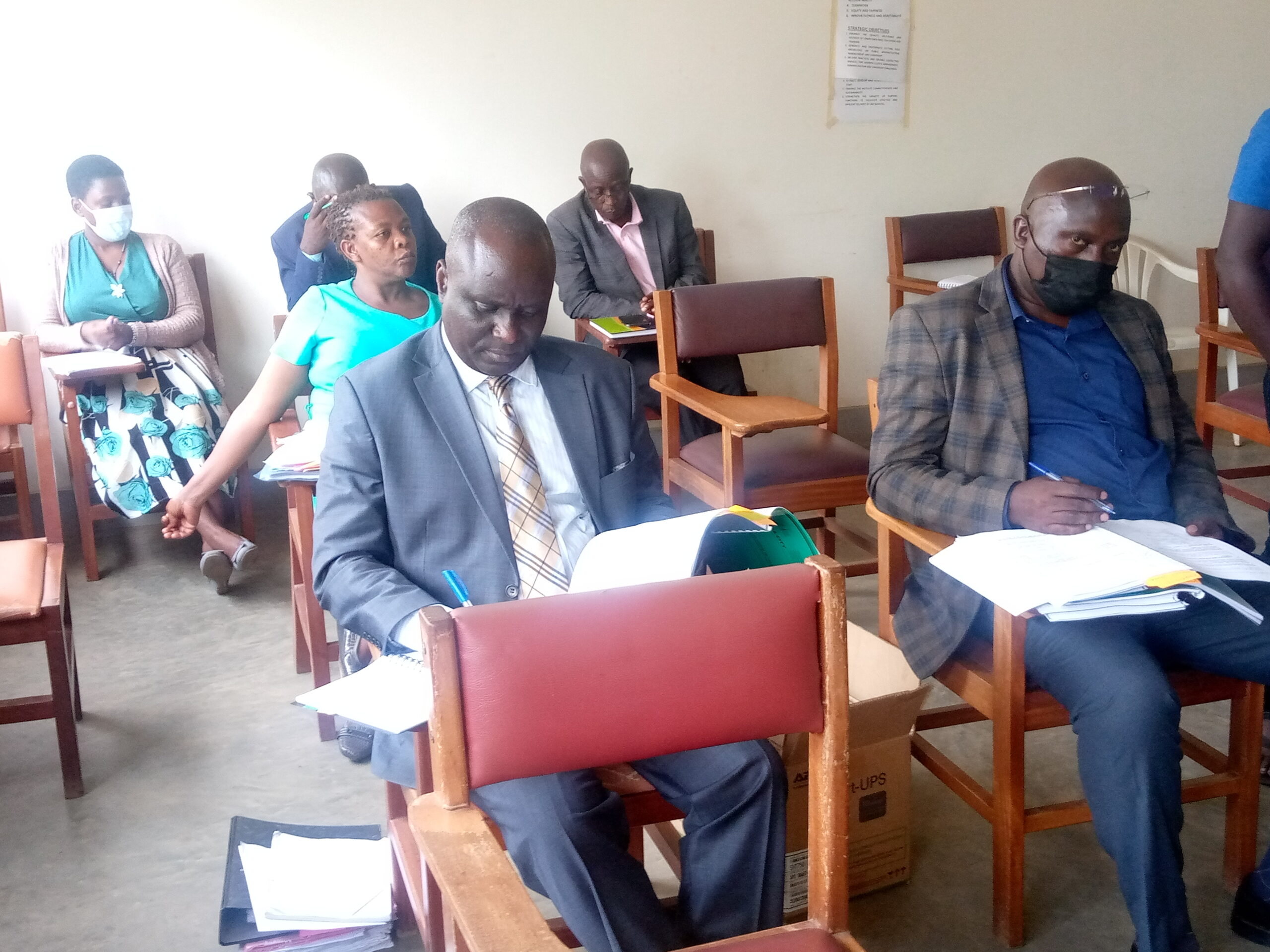 Mbarara
Members of Parliament on Public Accounts Committee (PAC) have asked government to put more investigations into the contract of 23billions to work on only 2.86kms road construction in Mbarara Town.
The committee was chaired by  Baker Kawalya the MP representing the people of Lubaga North and was the co-chair of PAC meeting in Mbarara. During the session, MPs were shocked after finding out that there is an ongoing project of road construction of 2.86kms  that is costing 23b. They were against the awarding of this contract to Maltiplex constructions Company Ltd.  Kawalya said that this 23b on 2kms is very abnormal which you can’t find anywhere.
One of the PAC members Agnes Taka Woman Member of Parliament Bugiri District said that there should be thorough investigations into the the contract that was awarded to Maltiplex to construct 2.86kms at a cost of 23b. She said that as members of committee, they will not allow this, that they must make report that is against this awarding.
“As a committee we are actually shocked that 23b is earmarked for working on tarmacking 2kms of the road. The Musita-Lumino road is 104km and it’s cost was 207billion but in Mbarara City 2kms of a road are costing government 23b, an investigation needs to be done to unveil from this contract so that we find out who is behind all this and we don’t waste the tax payers money, this is  too much money” says MP Taka.  Among the roads that are within these 2kms include Victor Bwana Road, Stanley road and Galt road.
She said this during a Parliamentary PAC meeting that was held in Mbarara for three days at Mbarara District Headquarters in Kamukuzi.
She added that the best thing that can be done now is that Parliamentary PAC CID Officers should do thorough investigations and report to this committee and the committee also reports to Parliament, that out of this, action will be taken basing on the recommendations that they will make.
MP Taka added that it was a surprise on the other hand that they found out that Mbarara City is a unique city where at some point it gets money which it didn’t even budget for when other districts are crying to get money to do even a kilometer of a road but for Mbarara is getting the money which they did not budget for, that they also delay to report.
That they are too reluctant on the way they handle matters administratively. It was realized that Mbarara received about 6.3b which was not budgeted for. It is said that this money was receipted mistakenly.  While Mbarara officials were responding, to this matter,  they  confessed that  this money was received by Mbarara City Council but it was later taken back.
Members of the committee were not satisfied and they ordered the Town Clerk to present evidence to this committee in a given time.

Two Arrested in Mbarara for Forgery of NDA…