Welcome to the school fees sport of Uganda

Opinion: In 2016 the international table tennis federation (ITTF) introduced a new form of table tennis (TT) called table tennis x (TTX). All they did was to simply remove the rubber from the TT racket and by so doing; they eliminated the ability of players to spin the ball.

The TT family was officially introduced to the TTX format at the ITTF annual general meeting held in Dusseldorf, Germany in the following year 2017.

I started my TT journey during my primary seven vacation of 1993. Since that time, I have played the rubber TT (also called conventional TT) as my main sport.

I only encountered TTX in 2017 in Germany. Unlike many of my colleagues, I welcomed TTX with open arms for two reasons. The first reason was that I decided to trust the ITTF executive board in this new direction to introduce a new type of table tennis to the world.

I strongly believe that just like other games that now have different formats, also ours needs an alternative type of play. The second reason was that TTX would give our sport certain advantages which I now wish to dive into.

The first reason is that the world as we know it today is so fast that anything which requires a lot of time and patience can suffer greatly. The old rubber TT requires almost up to a minimum of 3 years of very regular practice to learn it fully and be able to excel at it.

During this time, a player must spend considerable sums of money changing the rubbers on their racket regularly because the spinning effect on the ball wears out these rubbers at least every 2 – 4 months. When the rubbers wear out, they must be replaced or else the Racket will no longer be able to spin the ball effectively.

From the above, we are already seeing two problems with the rubber TT. The first being the time of 3 years being long but also the cost involved during that time. A good pair of rubbers costs about Ugx400,000.

Therefore a player who changes their rubbers 4 times in a year will need Ugx1.6m to keep up with their rubber TT development. On the contrary, the TTX pads which are the equivalent of rubbers cost only Ugx20,000 and they do not need to be changed until after 2 years.

The third important aspect about TTX is that it is much easier to learn than the rubber TT due to the elimination of spin. Within just 1 or 2 months, a player can learn and properly perfect their TTX skill and even go ahead and win a competition.

In rubber TT there are too many different strokes and spins that make the game complicated and hence the necessity to spend at least 3 years learning and perfecting it. It has spins such as the back spin, top spin, side spin left, side spin ight, etc.

Then it has so many different strokes that include chopping, looping, driving, blocking, smashing, lifting, counter looping, counter driving, Etc.

Then after learning all these, in comes the pimpled rubbers. These are rubbers which do not obey the normal rules of the normal or smooth rubber. From their name, these pimpled rubbers have pimples instead of having a smooth surface.

And there are two types i.e. the long and short pimples. The pimples they possess reverse the Spin on the ball. So if they hit a ball with a top or forward spin effect, that ball now reverses its spin and it starts to rotate backwards. This effect alone can make some players fail to play table tennis. It is so confusing and requires some good time and very good coaches for players to learn how to deal with these pimpled rubbers effectively.

The overall effect of all the above is that the TT sport has been considered by many to be quite complicated and only for the elite; rich kids. As a teacher (of chemistry and biology by the way) I can tell you with confidence that due to all the above different strokes and spin effects, any player who is not bright enough can easily fail to play table tennis to good levels.

A player will need a good brain to learn how to deploy all those different strokes and spins well enough to excel at TT. But even with the good brains, there must be enough financial support to get the good equipment regularly plus good coaches to help a child excel at the rubber TT.

With the removal of the spin effect on the ball, TTX has made the table tennis sport much easier, faster and cheaper to learn. The TTX racket costs only Ugx100,000. If purchased with its racket box, then it goes for Ugx200,000 and it can last for 2 years before needing a change of only the pads on it which cost a mere Ugx20,000.

Without spin, no player can fail to play TTX. Due to the above, Uganda Table Tennis Association (UTTA) has in fact dedicated this entire holiday to the training of TTX and at the end of the holiday on 27th January 2023, there will be a TTX championship in which players aged 12 years or below will get an opportunity to win school fees.

UTTA has put a total prize package of up to Ugx2m. The winner and runner up for boys and girls playing separately will each earn Ugx500,000 in school fees paid in cash directly to their parents.

If UTTA had put such a competition for the rubber TT, no new player who has just started TT in this third term holiday would stand a chance to win this prize money in a competition with those who have been playing TT for the last 3 or even 2 years.

But a child who started playing TT in December of 2022 or even January 2023 simply has to work very hard and they can actually win the prize money on offer. UTTA intends to have these school fees championships growing in prize money and number of winners every holiday as a way of thanking parents for supporting their children to play the TT sport.

TTX has allowed us to open the door to the entire country to play TT and learn it fast enough to enjoy competitions in as little as 1 or 2 months. So for all parents that have been wondering whether or not their children can excel at TT, the answer is TTX.

With no spinning of the ball, no one can fail to learn and excel in TTX. The other advantage with first learning TTX is that afterwards, the player can then explore the rubber TT and if they can afford it and they believe they can play it then they can proceed to try it out as well.

TTX is actually the first stage of learning the rubber TT. And any player that finds rubber TT too hard can simply stay with TTX and become a far much better professional at it.

The writer is the president of the Uganda Table Tennis Association (UTTA).

My love for football got me on the… 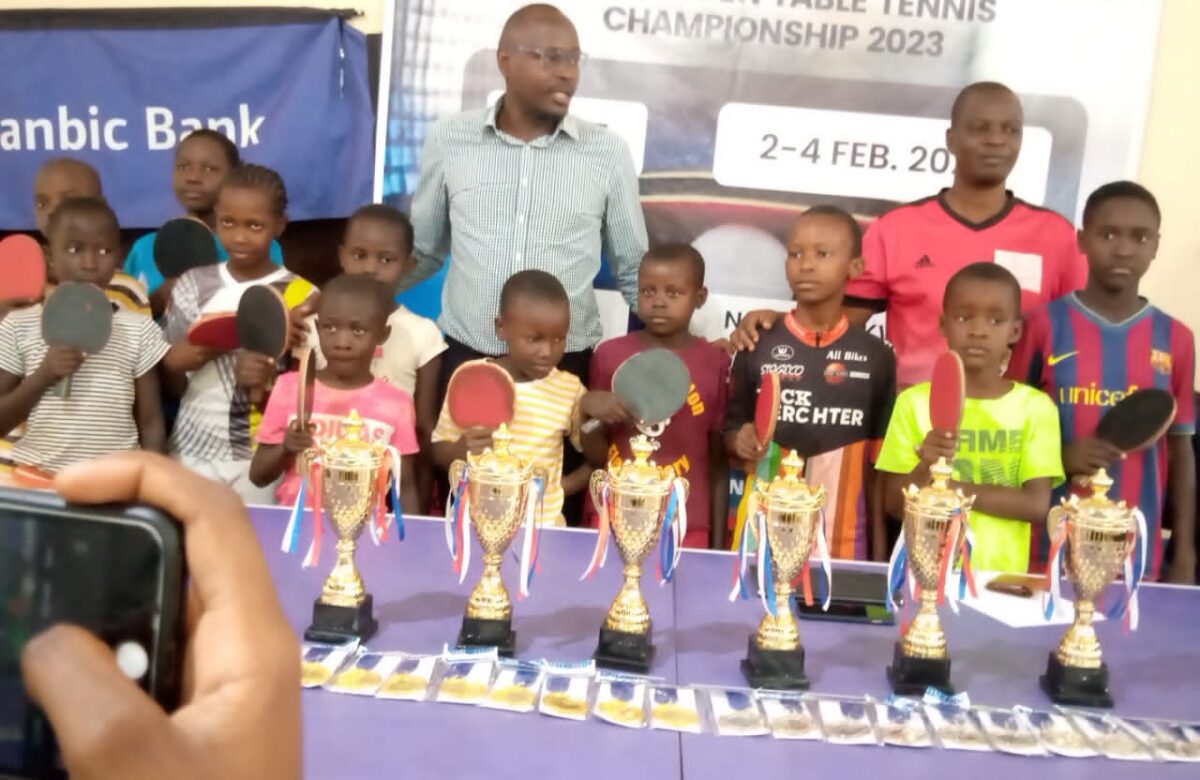