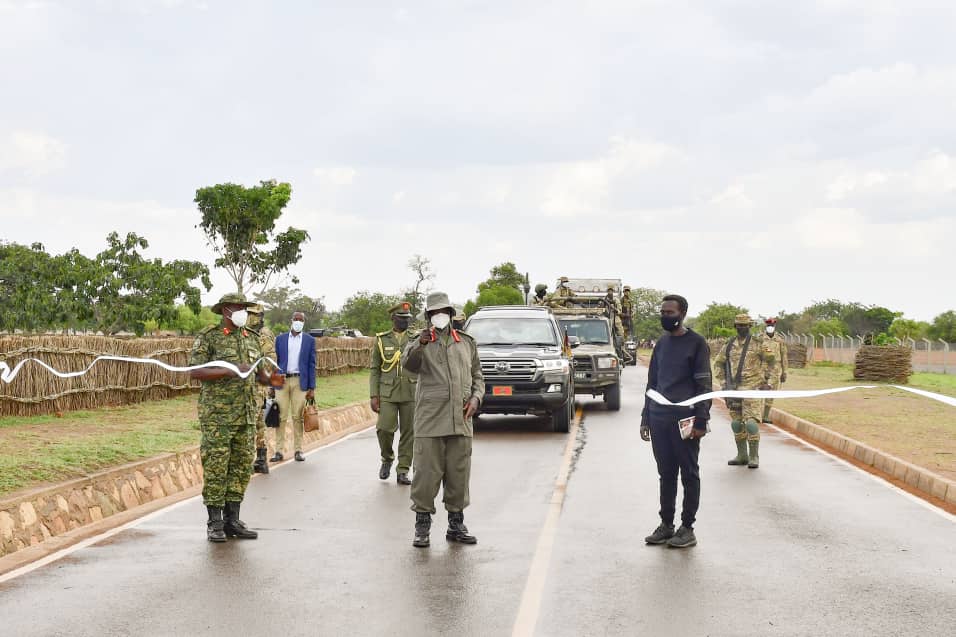 POCKETS OF INSECURITY IN THE COUNTRY BEING HANDLED-PRESIDENT MUSEVENI

President Yoweri Kaguta Museveni, has said that the country is safe and stable save for a few pockets of insecurity that are being handled.

“The security situation in the country is good. There are a few little things which are easy to deal with, like the cattle rustling in Karamoja, that will be dealt with. Then for the ADF in Congo, your colleagues are dealing with that,” Museveni said.

Gen. Museveni was speaking at the pass out of the 4th intake of 6,237 Local Defence Personnel who underwent a 6 months basic military training at Oliver Tambo Military Training School in Kaweweta, Nakaseke district last Saturday.

“In accordance with the Constitution of the Republic of Uganda and the laws that govern the armed forces of Uganda, it is my pleasure, having seen the reports of the Commandant and the demonstrations which were shown to me and the parade, to pass out the 6,237 recruits who were presented to me,” Museveni said.

He congratulated the new soldiers for persevering through the 6 months training to finish the course, and noted that these will serve as Local Defense personnel for a short time and will later be integrated into the army because many are educated and have acquired knowledge on how to use modern weapons very quickly.

“Are you ready to join the army?” Gen. Museveni asked.

The group comprises 168 degree holders, 318 diploma holders and 1, 277 with certificates in various disciplines. The rest have Uganda Advanced Certificate of Education (UACE) and below.

The President encouraged the new recruits to maintain discipline and ensure good health at all times.

“You should, therefore, not endanger your health with risky behaviour like alcohol. Once you keep your health and follow the regulations of the army and you train, the future is very bright for you,” the President noted.

He also commissioned the new road network connecting all the institutions at Kaweweta. A total of 10 out of the 17kms have already been tarmacked.

The President sounded a stern warning to all those encroaching on the army land to vacate immediately after reports that officials at the training institute are finding challenges of widening the training ground due to encroachment.

“They should get out. Because I am the one who told the army to come here because I was here fighting. I know the land myself,” Museveni said.

According to the Chief of Defense Forces (CDF), Gen. Wilson Mbasu Mbadi, the recruits should brace themselves for more training in the specialized units where they will be deployed for better results.

“To the formations and the units that are taking these brand new soldiers, make sure you continue to skill them and mission train them to enable them to become more proficient!”, Gen. Mbadi said, adding that in all specialised formations, they have revamped the training schools.

The Camp Commandant, Brig. Gen. John Bosco Ruhesi, said the objective of the course was to train selected patriotic young Ugandan men and women and prepare them into combat worthy, disciplined and robust and progressive members of the defense forces and this has been well achieved.

“The course covered both military and ideological subjects that were mentally and physically demanding,” Brig. Gen.Ruhesi said.

The recruits demonstrated to the President skills in self defense, short- and long-range shooting among others. They also swore the oath of allegiance to serve and defend the sovereignty of Uganda.

The pass-out ceremony was witnessed by, among others, the Minister for Defense and Veteran Affairs, Hon. Vincent Bamulangaki Ssempijja, Service chiefs and commanders, Members of Parliament, the leadership of Luweero, Nakaseke and Nakasongola districts and religious leaders.

You Can Have A Memorable Wedding With A… 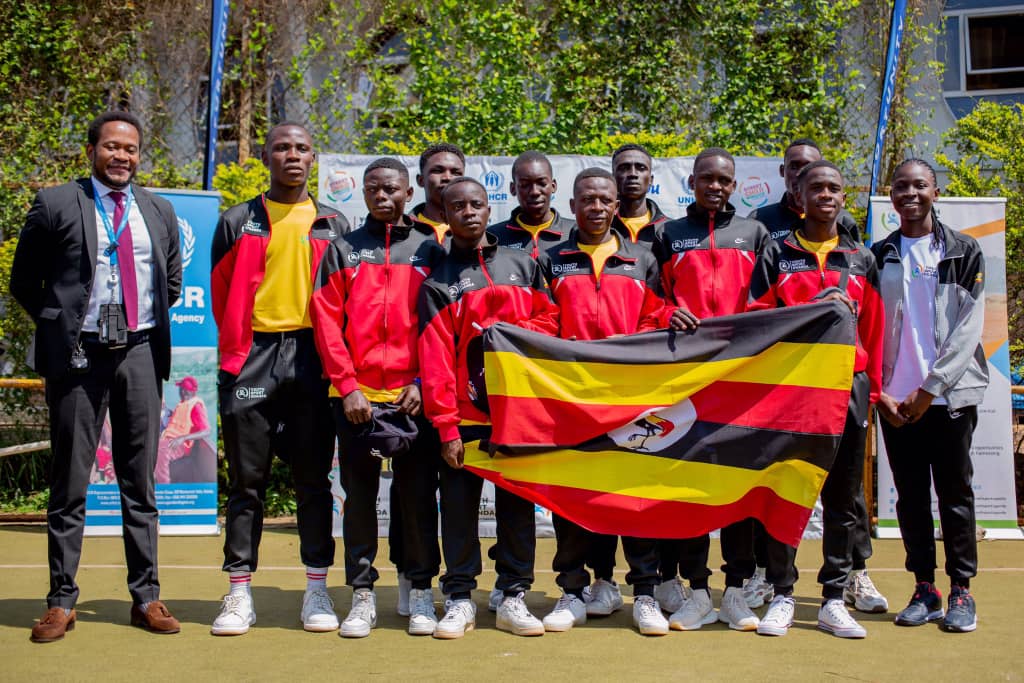 Team Uganda to advocate for right to Education at…

By Our Reporter  Youth Sport Uganda (YSU), in partnership with United Nations High Commission for Refugees (UNHCR) on Wednesday flagged off… 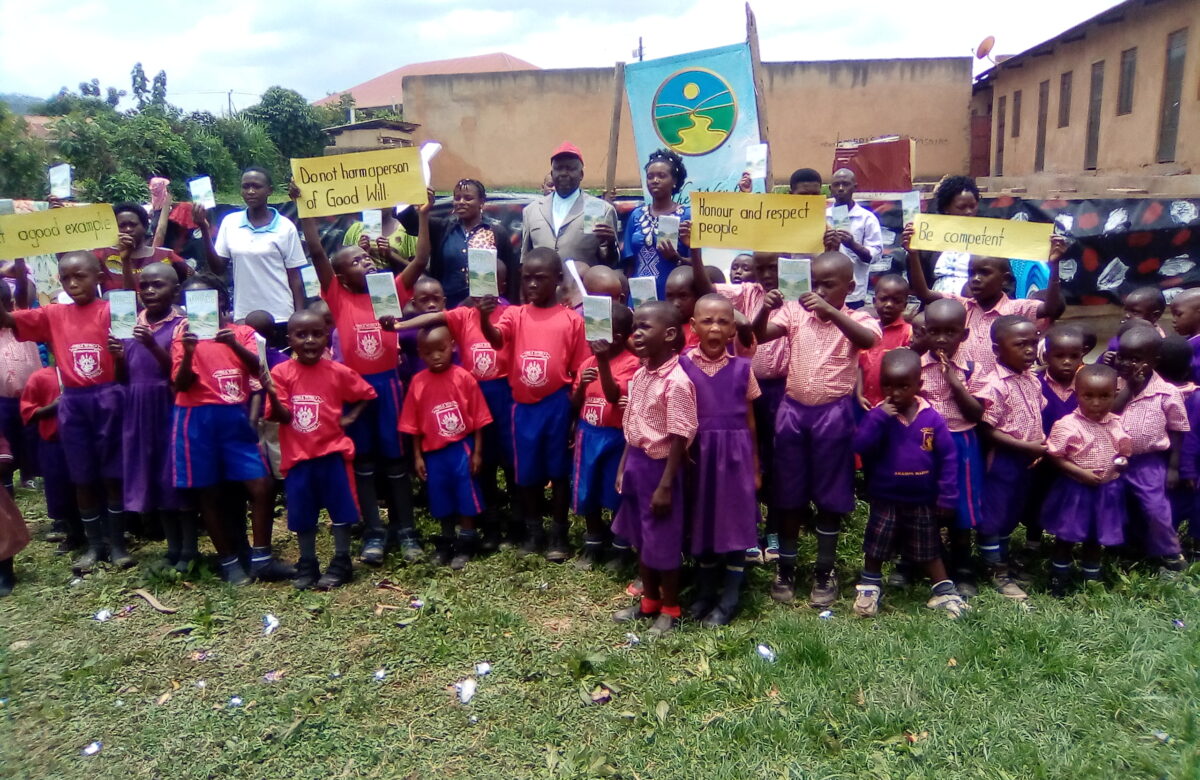 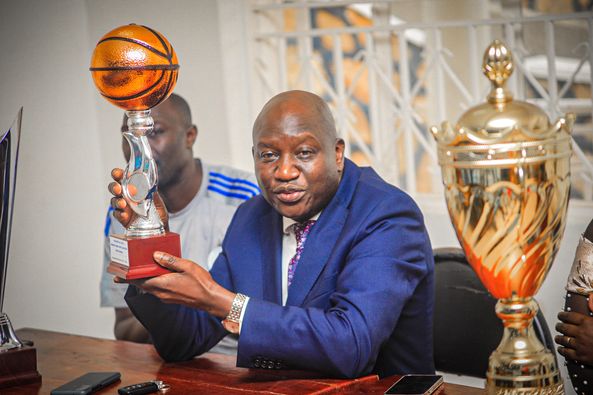