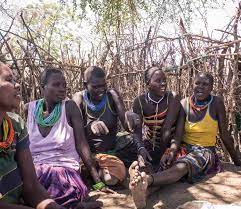 Parents in Moroto blamed for rising cases of defilement

Officials in the district have accused parents of the habit due to a number of girls who have been forced to marry, others being defiled and most of the cases go unreported as parents prefer to settle the cases with the suspects and their families.

In this case, when parents discover their daughters have reached puberty, they force them to get married regardless of how old the husband may be so long as they have cattle.

William Lochodo, the Senior Probation and Welfare Officer, Moroto district says that poverty has forced parents to accept small bribes from suspected defilers to kill the case and the victim is denied justice.

According to Lochodo, the practice has frustrated their effort to have the suspects punished because they commit crimes and use the money to convince parents to conceal the information.

Lochodo noted that tracing defilement cases have become hard because parents are not willing to share information.

“We only receive cases of defilement when the suspects have failed to negotiate with the parents of the victim and by the time they come to us, the suspect would have already taken off, and tracing becomes a challenge,” Lochodo said.

Joseph Onyang, the sub-county chief for Katikekile noted that there is need to embark on community engagement to sensitize them about the value of educating the girl child in society.

Onyang revealed that it is only schools that can save young girls from being forced into marriage because it is a culture that has existed for a long time.

Michael Longole, the Mt Moroto regional police spokesperson acknowledged that child sexual-related offenses have been rampant in 2022. He said police registered 162 cases of defilement in the Mt. Moroto region.

Longole observed that in the month of August, the defilement cases reduced to two but surprisingly shot up to 26 and 27 for September and October respectively.