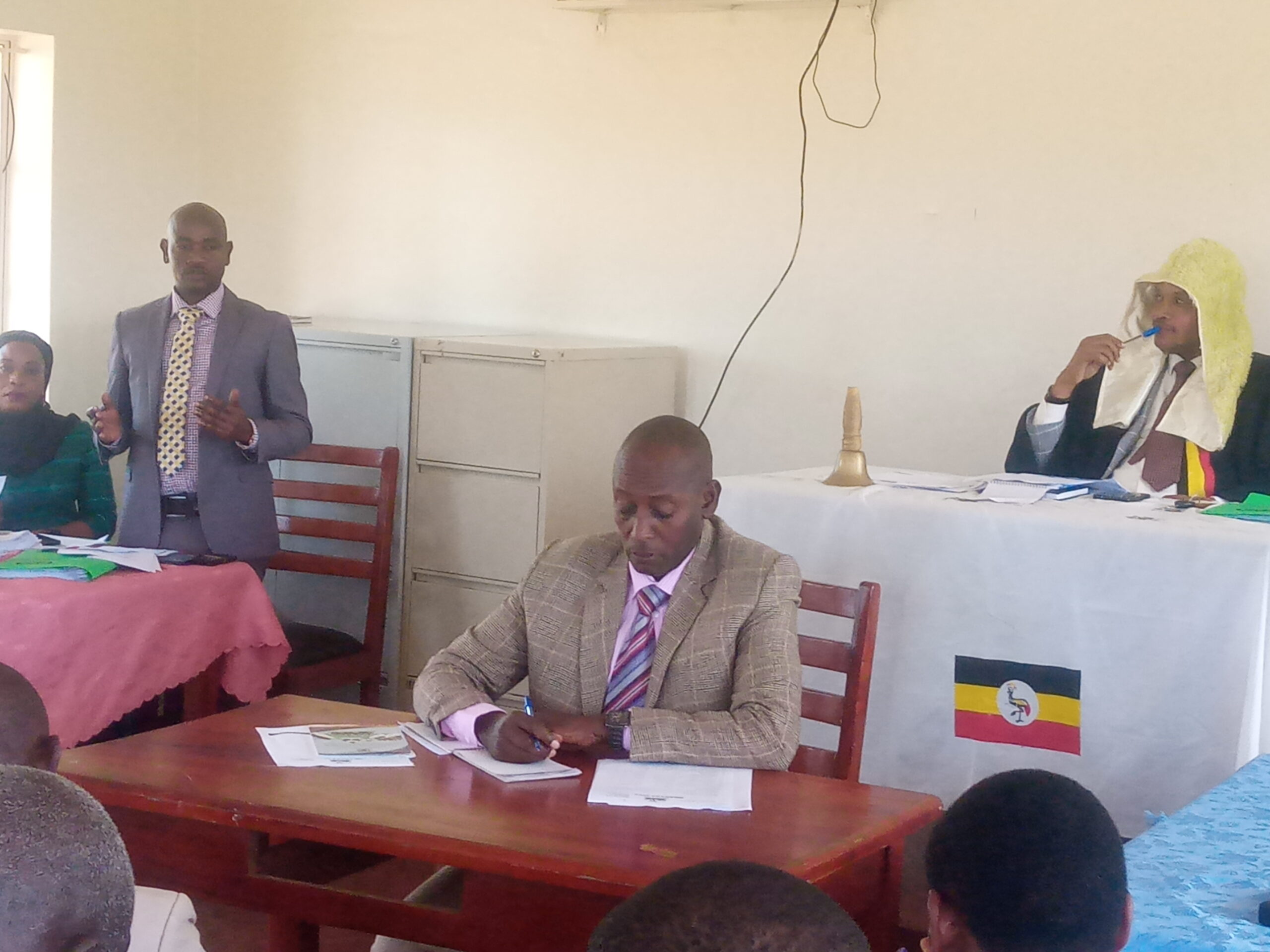 By Our Reporter
Mbarara  – There is contradiction between the Mbarara City Town Clerk and the Mbarara City North Division Councilors on the issue of Rwenjeru government land that is alleged to have been grabbed by the LC1 boss.
The city boss who is the custodian of all government lands withing the City has disagreed with the resolution made by the Division council about the above mentioned land.
A few days ago, Mbarara City North Division Council led by the Speaker Silver Mugisha passed a resolution to put a livestock market on  government land that is in dispute with the Rwendama LC1, Enock Rwefurija who claims ownership of the land.
Without any objection, the Division Council sat and resolved that as a way to takeover or rescue the land from the LC1 boss who claims the government land, they had to occupy it council and put a livestock market.
From the motion that was raised by Councilor Beatrice Kekivure representing Rwenjeru ward, council agreed that Livestock market should be put on that land to stop Rwefurika from claiming  government land.
John Baptist Magembe, one of the councilors also proposed that Rwenjeru land that is in dispute be put under Caveat and the process of putting a livestock market be started.
Councilors also resolved that all division lands which are idle be leased up to developers to protect them  from Land grabbers.
While speaking to our reporter later after the council meeting, Assey Abireebe, the Mbarara City Town Clerk challenged the Division Council resolution that they lacked guidance while passing such resolutions.
He said that Mbarara City North Division Leaders must be reminded that they don’t have any land in Rwenjeru like they claim.
He said that the land which they claim belongs to Ministry of works where PIDA was operating from some years back.
Abireebe said that neither Mbarara City Council nor City North Division owns land at Rwenjeru where PIDA  was operating from. However the piece of land at Rwendama Cell in Rwenjeru ward Mbarara City Division belongs to Ministry of Works and it’s only Ministry of works to decide how to use its land.
He adds that Mbarara City as the custodian of government land in the city, its role in the case is only to protect them but not to use them. He said that they would rather recommend their resolutions to Mbarara City Council for the guidance and final decisions on some of these lands.
Abireebe also said that the  division has no policies on some of the lands especially on what to do on those lands or how to utilize them, that they have to get guidance from the Center. He vowed to revise these resolutions once they reach him and give proper guidance.
Division Speaker Mugisha said that as Council, they have done their part and made the resolutions which they feel are lawful, therefore it will be up on the Executive committee to implement those ones which go by policy under the guidance from the Center.