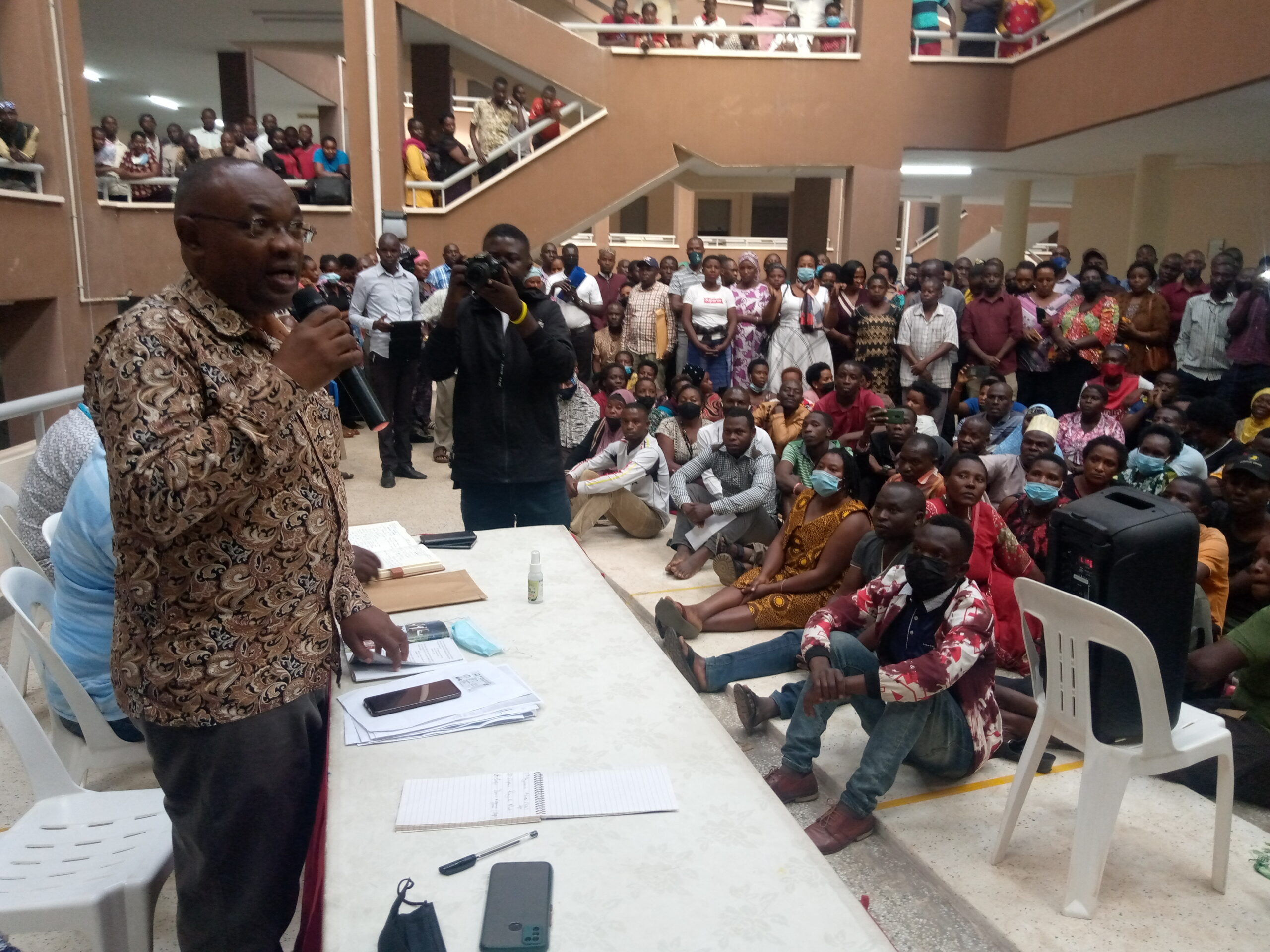 Amos Tayebwa
Mbarara
The confusion and high corruption tendencies in the process of allocation of lockups and stalls in Mbarara Central Market has caused the cancellation of opening this market.
Angry Minister Raphael Magyezi the minister of Local Government took a decision on Friday evening this week when he cancelled all the plans ahead of opening this market that was set to be opened this coming Monday 11th April 2022.
Following reports from the whistleblowers complaining about the irregularities, confusion and corruption in the allocation process of central market,  minister Magyezi took a decision to stop all the plans and suspended all the allocation processes. He also suspended the allocation committee and promised to look for another committee that will smoothly handle the allocation of lockups and stalls.

This came after realization that most of the venders have not been allocated due to corruption and poor management by the allocation committee which was created to handle the process of allocation. It has been discovered that there has been a lot of corruption where by the non-venders gave out some bribes to the former allocation committee members who considered them the first priority of lockups allocations leaving the original venders who were supposed to be given the first priority stranded.
Even before minister Magyezi intervened, the Mbarara City Town Clerk Arthur Abirebe had also taken a decision days before  and suspended some members of allocations committee over corruption related issues.
The accused members of the  former committee include Mohammed Nyombi Central Market Venders Chairperson, James Agaba the Mbarara City Commercial Officer, one Magret all were on allocation committee before they were suspended. In this regard Mohammad Nyombi has been interdicted from the Chairpersonship of Mbarara Central Market venders association by Minister Magyezi. Nyombi and his committee  were all interdicted.
” I have decided that let the market remain closed until I look for the genuine committee that will genuinely handle the issues of lockups and stalls allocations. I will also give you new guidelines to make sure that this market is orderly allocated. Am now ordering the City security head the RCC and CID and those in charge of intelligence to do the needful. I am giving you only two weeks and I want you to go and find out whoever that has solicited money from people for allocations. I also want you to find out anyone that got allocation in unappreciated way, I want you also to find out those who had got lockups more than one and be arrested” said Magyezi
Minister Magyezi had set 11th-15th April 2022 for venders to start entering this market from Independence park where they have been operating from since they were shifted in 2018 towards the construction of this new market.  As we talk now all has been overturned. Venders are worried about  when will  they enter this market.
It has been learnt that over 300 venders are stranded since they have not been allocated. They say most of the allocations were given to the rich people who passed through corruption ways.