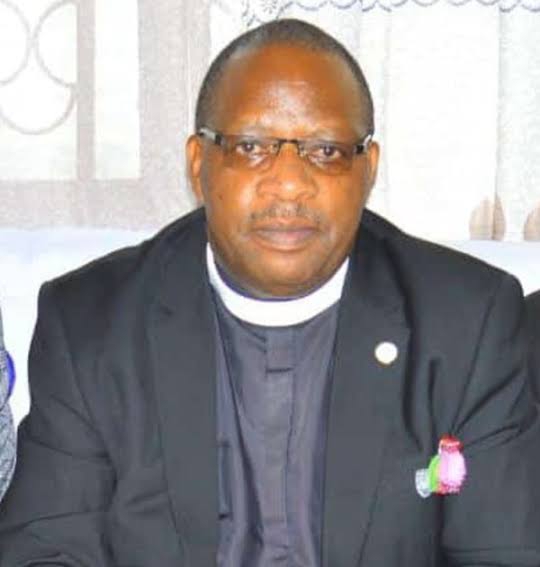 WE DON’T WANT HIM! – KABALE CHRISTIANS PETITION KAZIMBA OVER APPOINTMENT OF NEW BISHOP

KABALE— A section of Christians from Greater Kabale have petitioned Archbishop of Uganda Stephen Kazimba Mugalu over what they termed as irregularities in nomination and election of  Rev. Gad Akanjuna who is set to replace Rt. Rev. Eng. George Bagamuhunda as the next Bishop of Kigezi Diocese.

The petition dated 31st March 2022 refers to the election in which Akampurira, the Archdeacon of All saints church in Kabale District, was chosen to replace Bagamuhunda whose official retirement is scheduled on 30th June 2022.

The disputed election was held on 9th Feb. 2022 after Bagamuhunda announced early retirement last year, following his meeting with the Archbishop Kazimba Mugalu. Bagamuhunda reportedly mentioned health challenges as the reason for intention to throw in the towel at 63, before 65 years which is the official retirement age for Bishops as stipulated in the church canon laws.

However, through their lawyers of Nzige, Jamero and Company Advocates,  a section of Christians have disputed the legality of Akanjuna’s election arguing that the whole election process was marred with irregularities.

They argue that Akanjuna is not much qualified for the office, while the Electoral College that elected him was also not properly constituted as per the guidelines of the church canons.

In the petition, the complainants quote Canon 3.7 of the Church of Uganda Constitution which indicates that any candidate for the appointment to the office of the Bishop “shall be a holder of at least a Bachelor’s Degree in Theology or Divinity or a first degree in any other field, with a Post- Graduate Diploma in Theology or Divinity.”

They accuse the Synod of Kigezi Diocese of nominating Akanjuna who was later elected by the House of Bishops when they were aware that he was not the best candidate.

In a phone interview with this Media House, Lead lawyer Drake Twebaze said he was approached by “Very Prominent Christians” from Greater Kabale who asked him to pen down their grievances and send them to the Archbishop who is the chief custodian of the Church Canons.

Among other allegations, Mr. Twebaze said they had reliable information that Bishop Bagamuhunda’s early retirement was a syndicated move by a section of top officers in the Kigezi Diocese, to close out a certain Reverend who had expressed interest in the office.

According to Twebaze, the reverend whose name he refused to reveal, would clock 45 years of age in November 2022 yet the Church constitution bars Christians below age 45 from being elected as Bishops.

Twebaze added that Archbishop Kazimba had received the petition and conceded to a meeting with the petitioners, scheduled for 7th April 2022 at 9:00 am, and among their demands was cancellation of the newly elected candidate because it was null and void, followed by a fresh nomination and election of the new Bishop.

The Deputy Speaker Rubanda District, Mbabazi Pierre Nyetegyereize revealed that he was one of the petitioners. One the top officials of Rubanda district said that among the irregularities was the illegally constituted Electoral College that deliberately avoided Church premises and held the nomination exercise in a bushy place on Rushaga Island in Kisoro District.

This official further noted that before the petition, he had  approached the Kabale University Canon who is a synod member among other several church leaders, cautioning them after  the  nomination of the yet to be bishop, but all was in vain.

The district official further said they would proceed to courts of law in case the meeting with Archbishop Kazimba failed to address their grievances.

Among other complaints was one against Kigezi Provincial Chancellor and Chairperson of the Electoral College, who was accused of staying in office beyond the 12 years stipulated in the Church Constitution.

This is not the first time such conflicts have emerged in Kigezi Diocese. In 2013, during the election period for the Incumbent Bishop George Bagamuhunda, a number of people including church leaders were arrested as they protested the election process to replace Emeritus Bishop George Katwesigye.

FOOTBALL TO OBSERVE A MINUTE OF SILENCE BEFORE…