Simba Group of Companies owned by businessman Patrick Bitature in 2018 tried to pay USD$15 to its lender, Vantage Capital, but the South African based company allegedly rejected the money.

Simba Group owners and lawyers now believe that Vantage Capital is no longer interested in the money but the former’s property including Skyz Hotel Naguru, Protea Hotel Kololo, Elizabeth Royal Apartments Kololo and Moyo Apartments, all valued at USD$150m.

Origin: In 2014 Bitature’s Simba Group of companies got a $10m loan from Vantage to construct Skyz Hotel in Naguru, Kampala. The loan was premised on the oil and gas development in Uganda.

Importantly, the Final Investment Decision (FDI), final oil production agreement by Gov’t, Total, CNOOC became a crucial item in the commitment and the repayment of the loan. Payment of interest was meant to start in December 2017.

Simba Group of companies in 2017 wrote to Vantage, before the expiry of the grace period, to reconsider the interest payment period since FID had not yet taken place.

“It was internationally known that the FID that had been expected to be signed by 2017, and the consequently oil development, had not taken place. Simba Group of Companies brought it to the attention of Vantage,” said Simba Group legal team member.

In 2019 Vantage Capital asked for an astronomical amount of $18m, having unilaterally calculated interests from 2017 and not the mutually agreed 2019.

There was again disagreement and later the two parties agreed to a buyer. Vantage reportedly frustrated all prospected buyers and within the same process, kept on compounding the interests.

Simba Group then in 2018 decided to pay back the $10m to Vantage with a $5m profit but the latter refused to take the money. Vantage went ahead and recruited auctioneers to commandeer the property.

On May 18, 2022 Ugandans woke up to the advertisement to auction Bitature’s property including Skyz Hotel Naguru, Protea Hotel Kololo, Elizabeth Royal Apartments Kololo and Moro Apartments.

Vantage Capital in a subsequent statement on Monday May 23, 2022 said it is going for the security (property) if Simba Group fails to pay the now compounded USD$34m.

“Vantage will persist in the recovery of its long overdue loan, exercising its rights against the security if need be,” said Vantage Capital.

I Would Rather Rot In Jail Than To…

Two Arrested in Mbarara for Forgery of NDA… 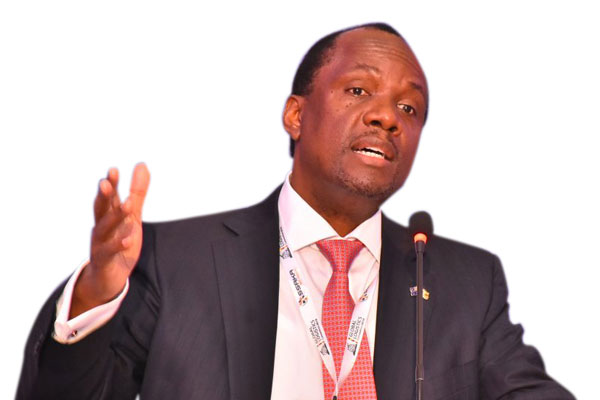