Hon. Min Sarah Mateke Nyirabashitsi, Minister of State for Gender, Labour and Social Development and the Kisoro district Woman Member of Parliament was today the guest of honor on the congregation on the 12th graduation of Uganda College of commerce kabale where a total of 371 students graduated in both different national diploma and certificate courses where she advised

Nyirabashetsi continued to thank the graduands for being patient even when their country was hit by the COVID-19 pandemic that led to closure of schools and other institions of learning.

She further appreciated the NRM government for providing education programs like Universal primary Education and universal secondary education which has also contributed much mostly to a girl child and appreciated the role played by the parents to have the children stay in school.

Nyirabashetsi further promised to extend the institution challenges in the ministry of Education and sports to see what could be the possible and quick solution. 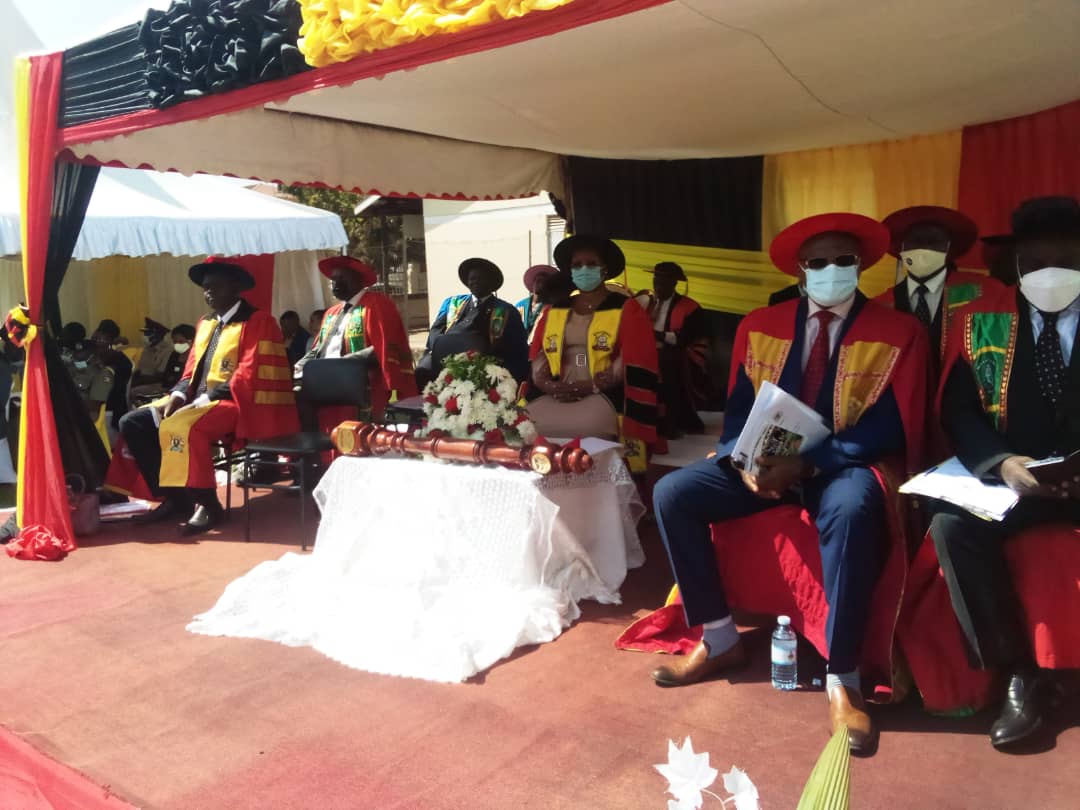 Bitara said the buildings at the campus are in sorry state which he said it has hindered the effective education service delivery to the students and public in general.

Henry Rwaganika the chairperson governing council Uganda college of Commerce also appealed to the government to look into the most challenges they are facing like lack of appropriate accommodations mostly to girls and enough staffing where he alarmed to the government for a helping hand if they are to run education service at the college effectively.

Hon Dr.Thaddeus Nicholas Kamara the Kabale Municipality Legislator called upon the government to intervene and have these challenges of lacking enough buildings and staff.

He also pledged to present the same issues in Parliament which will help to get more skills mostly to students.

About 370 students were awarded both certificates and diploma in different courses and it was marked the 12th graduation since Uganda college of Commerce Kabale started in 1997.
Among the people who graced the graduation ceremony was the Kabale RDC Godfrey Nyakahuma, Kigezi Regional Police spokesperson Elly Maate, clergy Leaders among others.