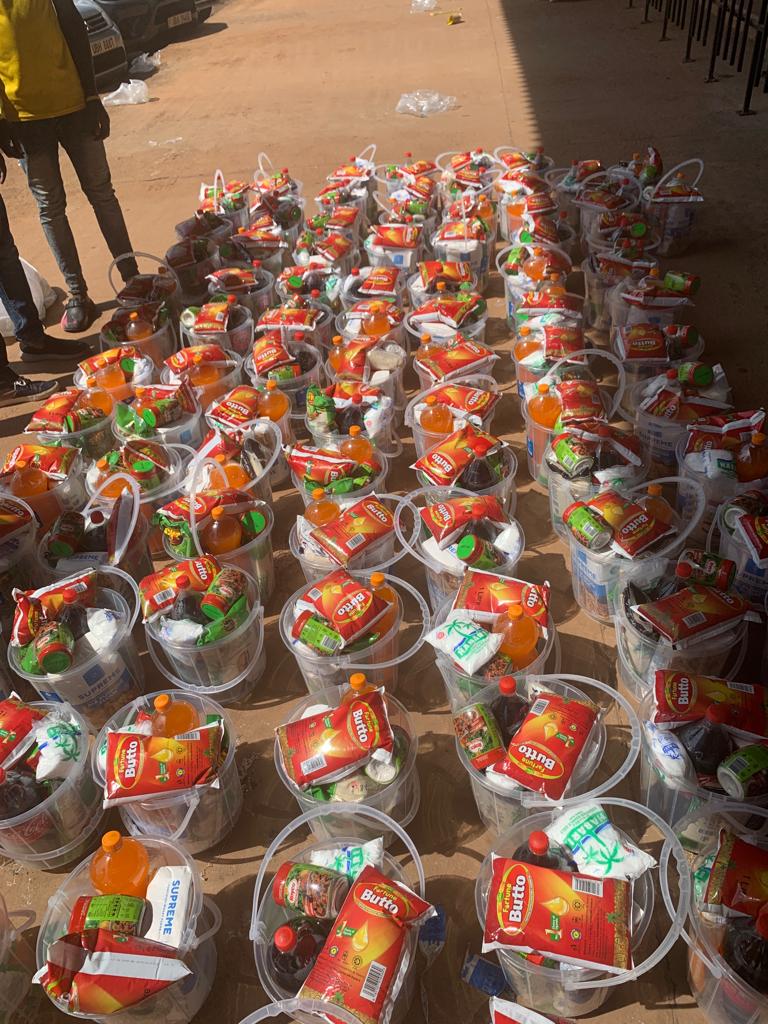 As a way of effecting social change in the communities in which it operates, on Saturday, URA gave back to the Moslem communities of Nakawa market, Komamboga, Naguru barracks and kinawataka. In preparation for EID, the communities where given assorted food items and home care products like soap.

According to Micheal Masembe, the representative of the URA spokesperson, he noted that giving back helps URA to build public confidence and paves way for compliance within the taxpaying community.

“We want to appreciate you for fasting and for maintaining a good working relationship. As an institution we have performed well in March and April, partly attributed to Ramadan,” Masembe said.
Masembe also explained that giving back to Moslems during Ramadan resonates with Zakat, one of the Muslim five pillars, that encourages Moslems to donate to the needy.

His thoughts where not different from Sheikh Uthman Mugenyi of the URA Moslem group who emphasized that aside of collection of taxes, URA also gives back to show gratitude to communities in which they operate.
Sheikh Asuman Lule, the Imam of Nakawa market Masjid Noor mosque thanked URA staff especially the Moslem community for fulfilling one of the Quaranic Hadith that requires all neighbours to be loving, cooperative and share their sorrows.

“Thank you URA for being good neighbors and for choosing us from the many, Aeat alwahid ealaa yaminik (loosely meaning: give the one on your right in Arabic),” Sheikh Lule aid of URA ’s good gesture.
For URA, the culture of charity has an immeasurable impact on the communities it serves and that is why Management has taken a social stand to prioritize Corporate Social Responsibility (CSR) for meaningful team building, shared values, and a unified vision.