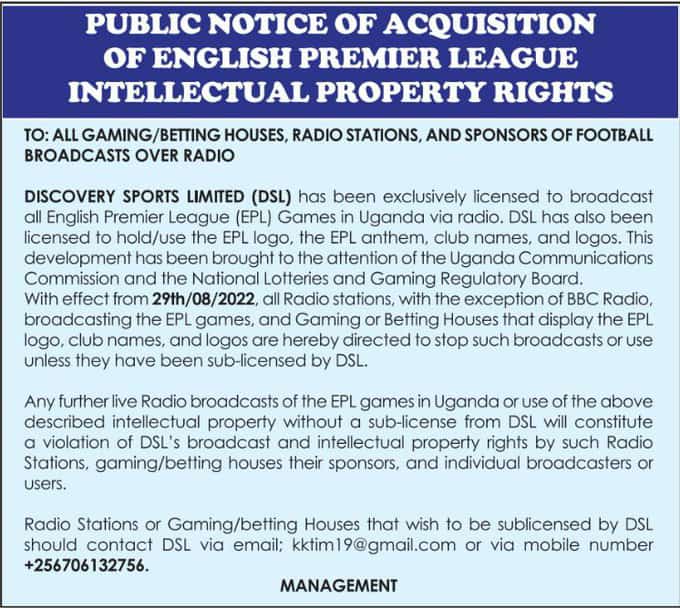 Ugandan radio stations have been ordered to cease broadcasting English Premier League games (EPL) unless they are sub-licensed by Discovery Sports Limited (DSL).

DSL claims to have acquired exclusive rights to broadcast all English Premier League games in Uganda via radio.

Kajja says that DSL now has exclusive rights in Uganda, and all broadcasters who want to broadcast such games must be sub-licensed by them, or they should stop.

When asked how much radio broadcasters would have to pay to cover Premier League games, he said the terms would be negotiated.

DSL has also been granted exclusive rights to use the EPL logo, the EPL anthem, club names, and logos, according to Kajja, and the development has been communicated to the Uganda Communications Commission (UCC) and the National Lotteries and Gaming Regulatory Board.

As a result, he stated that gaming and betting houses that display EPL logos, club names, and their logos must also cease doing so before being accredited by them.

The English Premier League remains a popular league in Uganda, where youth make up more than 70% of the population.

Local radio stations are partly to thank for the English league’s popularity, as many of them provide live commentary of the league games to locals. 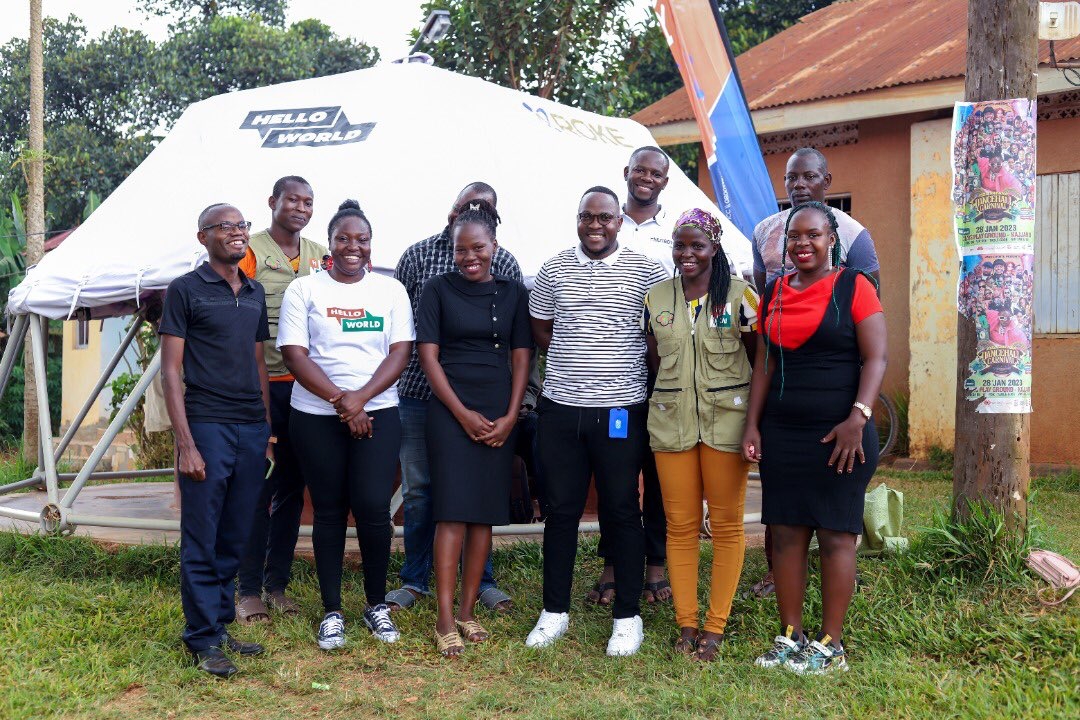 By Wod Omoro Kampala: To digitally enhance access to education, new skills and open up youth in Uganda to opportunities in… 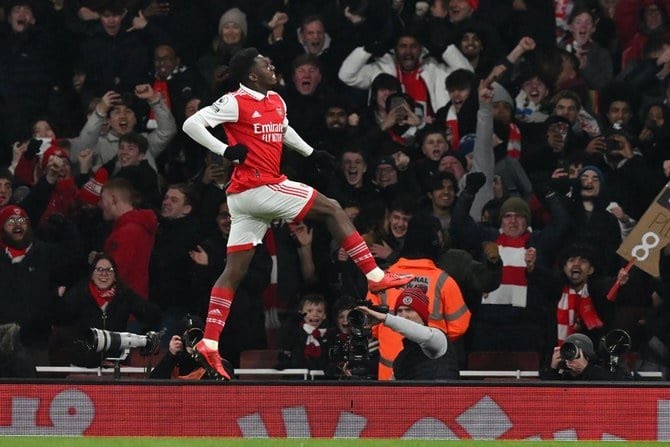