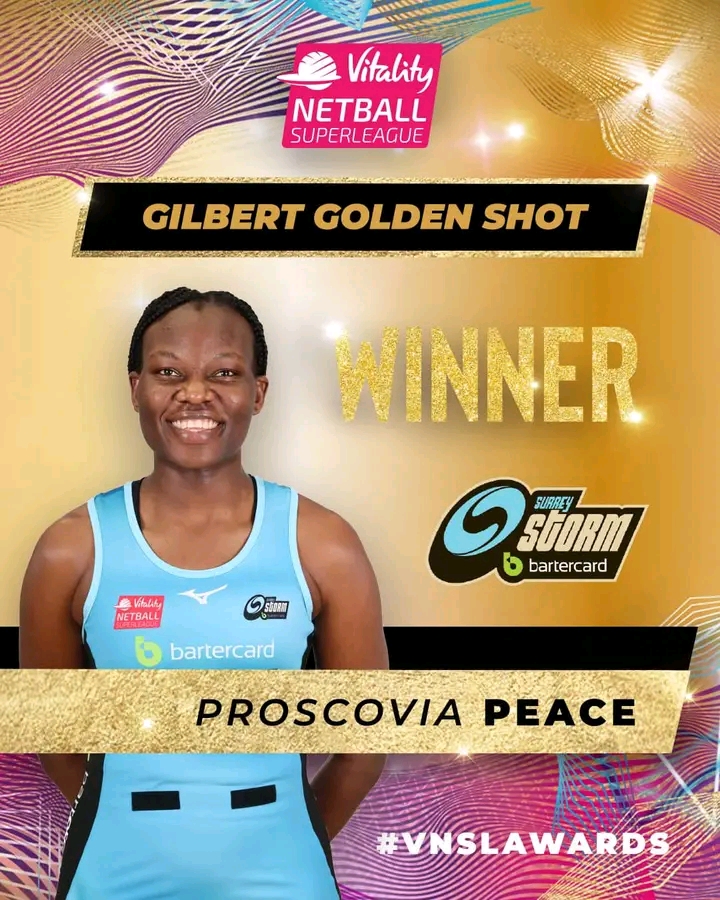 The former Lightning shooter, scored 853 goals in 20 played games, a record scoring in the Vitality Super League, she won the Gilbert Golden Shot.

The born child from Arua City known as Walid Tower, who returned to England after the expiry of her contract in Sunshine Coast Lightning in Australia also had the best shooting accuracy, in the 906 shots she had on ring, she managed to put away 853 which put it to a 94.15%.

While Mary Nuba also a Ugandan playing her trade in Loughborough Lightning finished in the top five scorers, in 13 appearances she scored 564 goals in 629 shots putting her shooting accuracy on 89.67%.

Peace’s side, Surrey Storm finished seventh on the log of 11 teams, they managed to score 1088 goals and 853 of those belongs to Proscovia.

This is the second consecutive season when the Uganda internationals dominating the Golden shot award. In 2021 it was won by Mary Nuba Cholhok who banged 849 goals.