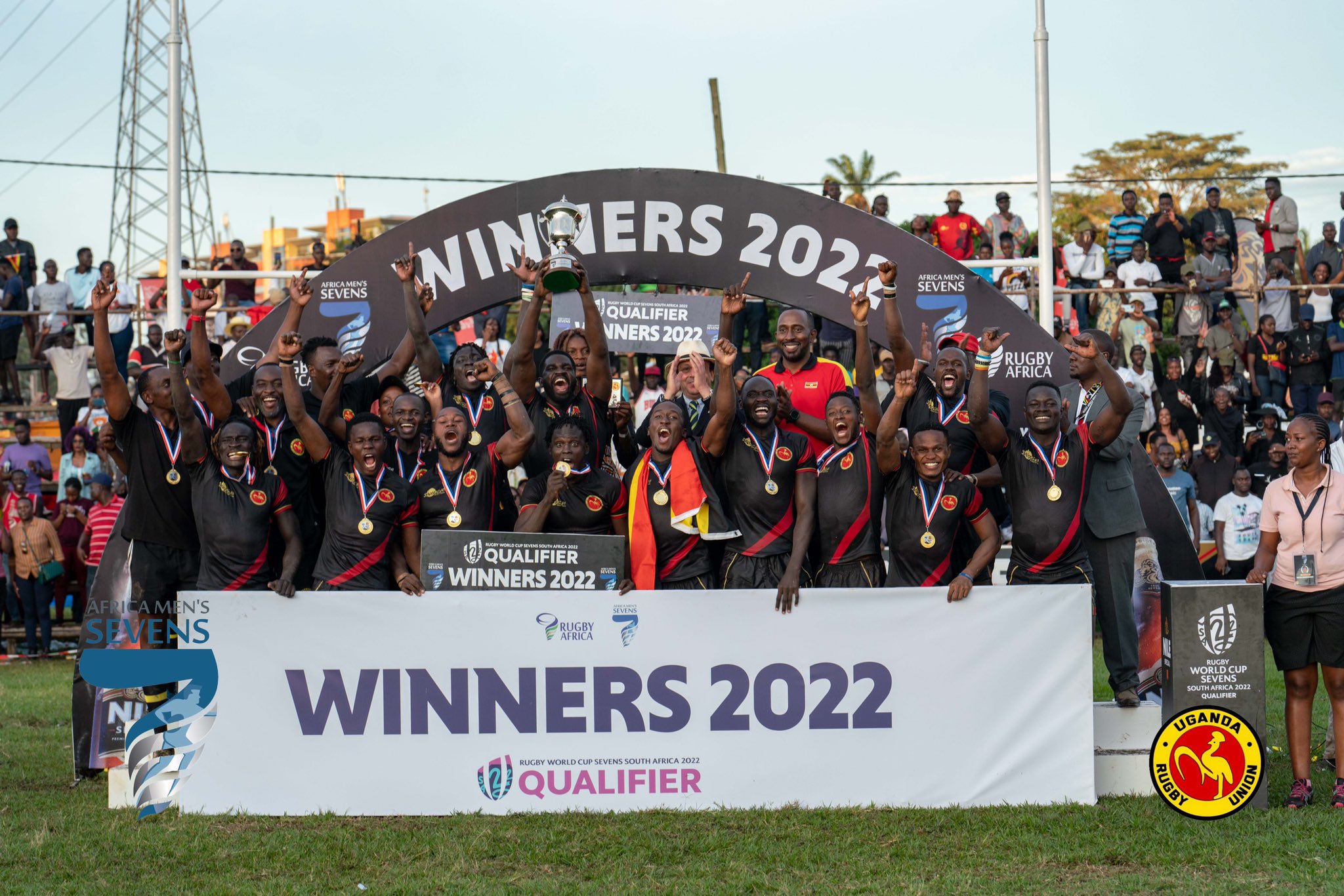 They attained this berth after beating Zimbabwe 28-00 in the final of the Rugby Africa Men’s 7s on Sunday at Kyadondo Rugby Club in Kampala.

At Kyadondo, the home side were favorites in the final as they had reached the final bend of the tournament unbeaten, conceding only three tries throughout the two-day Nile Special sponsored event.

Ian Munyani, the Vice Captain for the Ugandan side set the fan zone ablaze when he crossed the white wash earlier in the first half. Philip Wokorach easily utilized the extras and that was the only difference in the first half.

Champions Uganda claimed gold, runners up Zimbabwe return home with silver whilst Kenya capped the podium beating Zambia 19-12 in the