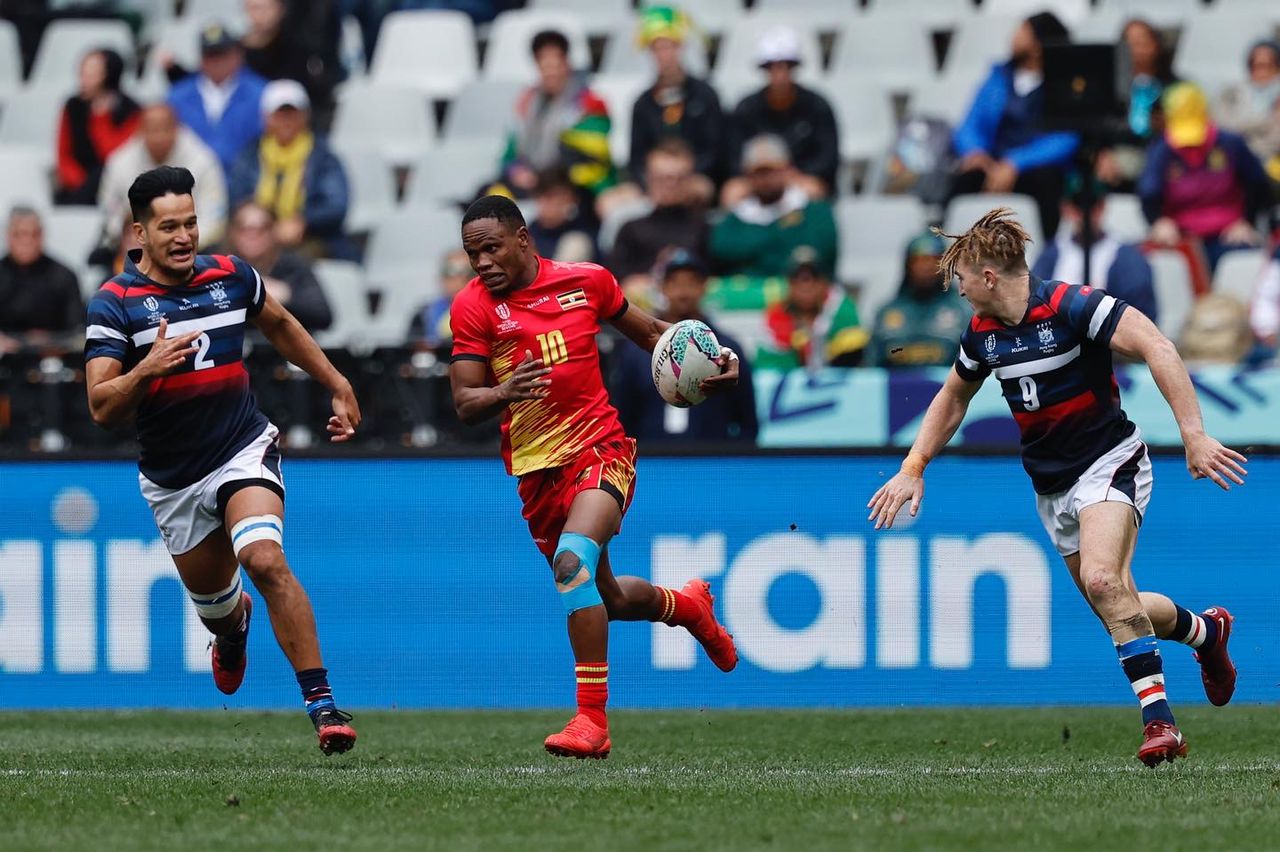 Uganda Through to Bowl Final of Rugby World Cup 7s

Adrian Kasito displayed an end to end show after running from his own goal post to touchdown for one of Uganda’s tries as his side beat Hong Kong 05-14 in one of the semifinals of the Bowl Competition of the Rugby World Cup Sevens at the Cape Town in Cape Town.

The other try was scored by Norbert Okeny who had also crossed the whitewash in the quarterfinal against the Republic of Korea.

Philip Wokorach utilized the extras. Meanwhile, it was Hong Kong who had taken the lead.

Uganda will face familiar foes Germany in the final of the Bowl Competition. The latter left it late in the semis to beat Tonga.

Uganda and Germany last met last month (August 2022) in the Challenger Series in Chille as well as at the Commonwealth Games.

The latter triumphed in both encounters.

However, the Cranes blamed officiation for their loss and now have an opportunity to prove doubters wrong, this time on a global stage.

In total, Uganda and Germany have met five times with the latter triumphing in all those encounters.

can Uganda who are the Africa champions halt German dominance over them in Cape Town?

Uganda will be up against Samoa in their opening match of the Rugby World Cup (RWC) Sevens 2022, which takes place…