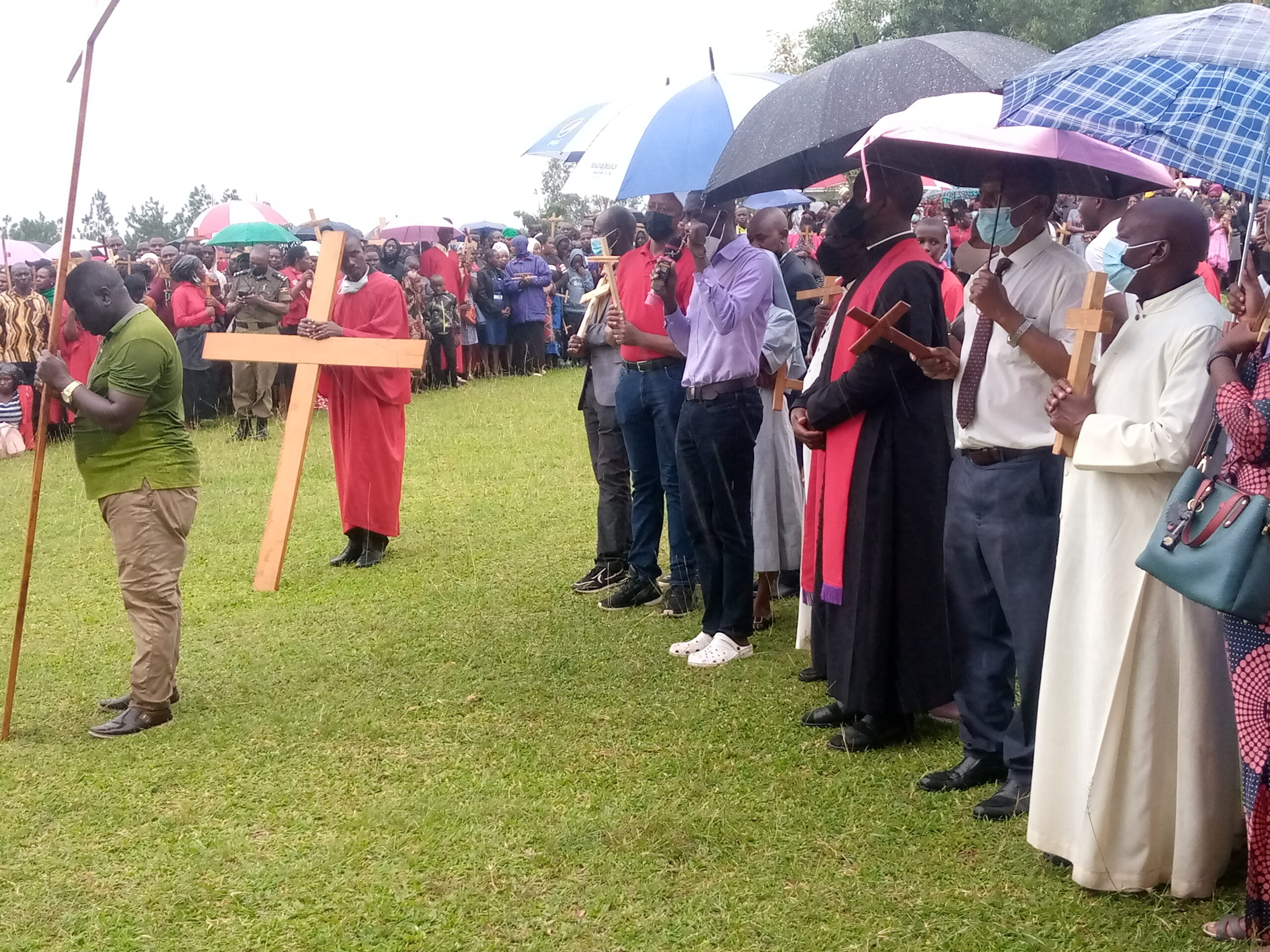 The leadership of Uganda Martyrs Church Mbarara is in the struggle of seeking over 7billion Uganda shillings to construct a new mega church in Mbarara City.

According to the plan of this project, the construction of this church will commence before the end of this year.

During the Mass after the way of cross on Good Friday, Christians from catholic Church were asked to be committed and raise all that they can to build the church of God. Father Didas Kasapuri the Church Priest of Uganda Martyrs Mbarara urged all Christians from Uganda Martyrs Mbarara and Christianity to join hands and contribute their offers to support the construction of this new Church. He said that the plan of this Church is already out and as the church, they already own the land title which was in dispute before. This was said during the Mass at Booma grounds in a heavy rain that blessed the Mass and way of the cross.

Edward Kazaire one of the strong pillars of Uganda Martyrs Church Mbarara and member of Development Committee of this church assured christians that they have received the land title of their church land which was in total dispute. That Uganda Martyrs church are now ready to start constructing a mega church on their land officially. ” I was very happy when I saw here Dr. Robert Mwesigwa Rukari the area MP for Mbarara City North, he fought for us when as the church we had issues and challenges concerning the purchase of our land where we want to construct our church. It was hard for us to get the land title for our land but when Rukari came in took us to the relevant authorities of this government and in a little time later we got our land title, you really did a tremendous job on behalf of God and on behalf of our church” said Kazaire.

According to Gumisiriza Kyabwisho the Mbarara City North Division Mayor appealed and asked the Catholic believers to committee themselves and contribute, donate towards the construction of this church of God. He said that as the division will also contribute their pledge towards the construction of the church. Kyabwisho also participated in the way of cross which moved from Nyamityobora Catholic Church to Booma Grounds in Mbarara Town, and it’s his division where the church belongs. He further said that when such facility is constructed in Mbarara Town many people will benefit and even his council will also benefit through the tax called local service tax. That there will be more creation of Job opportunities.

According to the plan, this church will have a seating capacity between 4500-5000 people. It will have staff accommodations and office spaces. That it will be one of the best Catholic churches in East Africa. In Mbarara it will be the second biggest church following All Saints Church of Anglican.