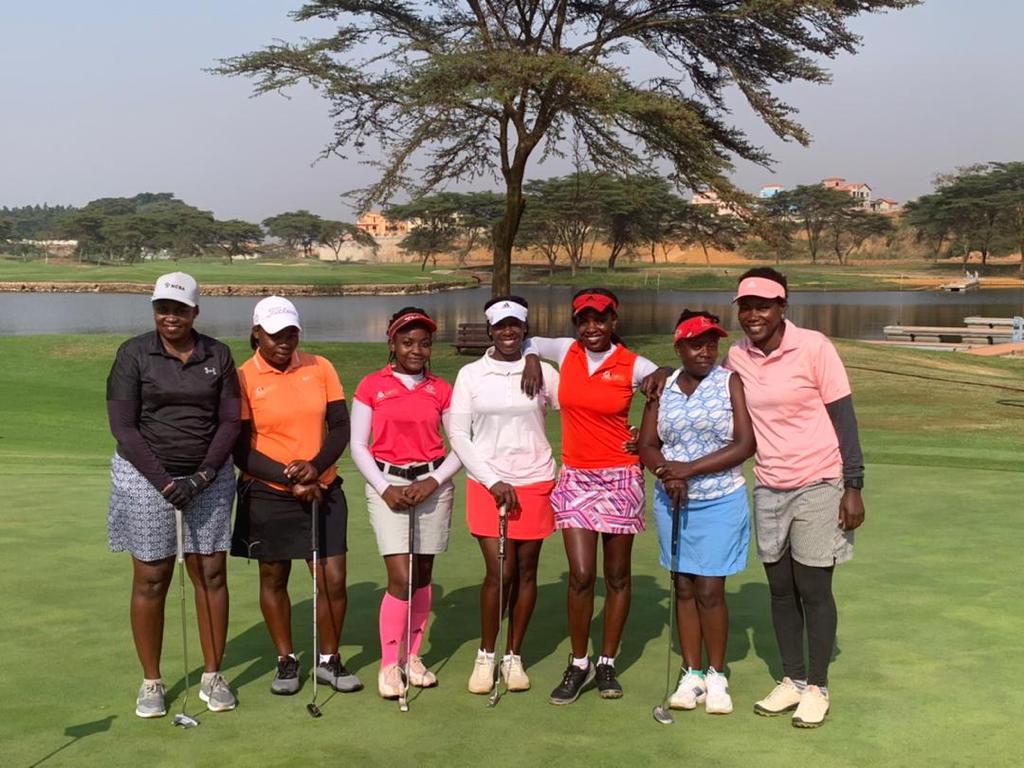 The Uganda Ladies’ National Golf Team is set to compete in this year’s edition of the All-Africa Challenge Trophy (AACT) scheduled for September 3 to 13, 2022 at the Dar es Salaam Gymkhana Club in Tanzania.

To pick the team for AACT, a two-day qualifier was organized by Uganda Ladies Golf Union (ULGU) and it started on Wednesday, 10th August at Lake Victoria Serena Golf Resort and Spa, Kigo and was played in one round (18 holes).

The second and final qualifier will happen on Thursday, 11th August at Entebbe Golf Club and will consist of two rounds (36 holes).

The top three players after the qualifier will represent Uganda at the All-Africa Challenge Trophy.

Rita Apell Akot who’s the team manager for Uganda’s contingent revealed that the final team will have a two-week training schedule ahead of the continental event. This will consist of; jogging (in the morning), chipping and putting, long shots, driving range drills plus 9-hole and 18-hole rounds. Saturdays will be competition days.

However, after the qualifier, ULGU will hold a Fundraiser Golf Tournament on Friday, August 12th at Uganda Golf Club. Proceeds from the event will go towards supporting Team Uganda going for AACT.

“We call upon Corporates, Entities and well-wishers to support our Uganda National Ladies’ Golf Team through sponsorship in the following Categories; Gold (UGX5M), Silver (UGX2M) and Bronze (UGX1M),” ULGU President Anne Abeja said ahead of the Fundraiser Golf Tournament adding that an entity can opt to sponsor in as many categories as possible.

Companies who will sponsor the fundraiser event will get to advertise their products in various ways and also field a 4-ball team (staff and/or customers/other stakeholders) in the tournament.

The idea of the AACT was mooted by Tessa Covell, the then President of the Zambia Ladies’ Golf Union, with the reasoning that “none of the African countries were realistically able to compete in the World Championships, their golfing standards simply needed a home-grown training ground, rotating within the geographical area”.

We Are Struggling – KADGLA Leaders Cry Of…