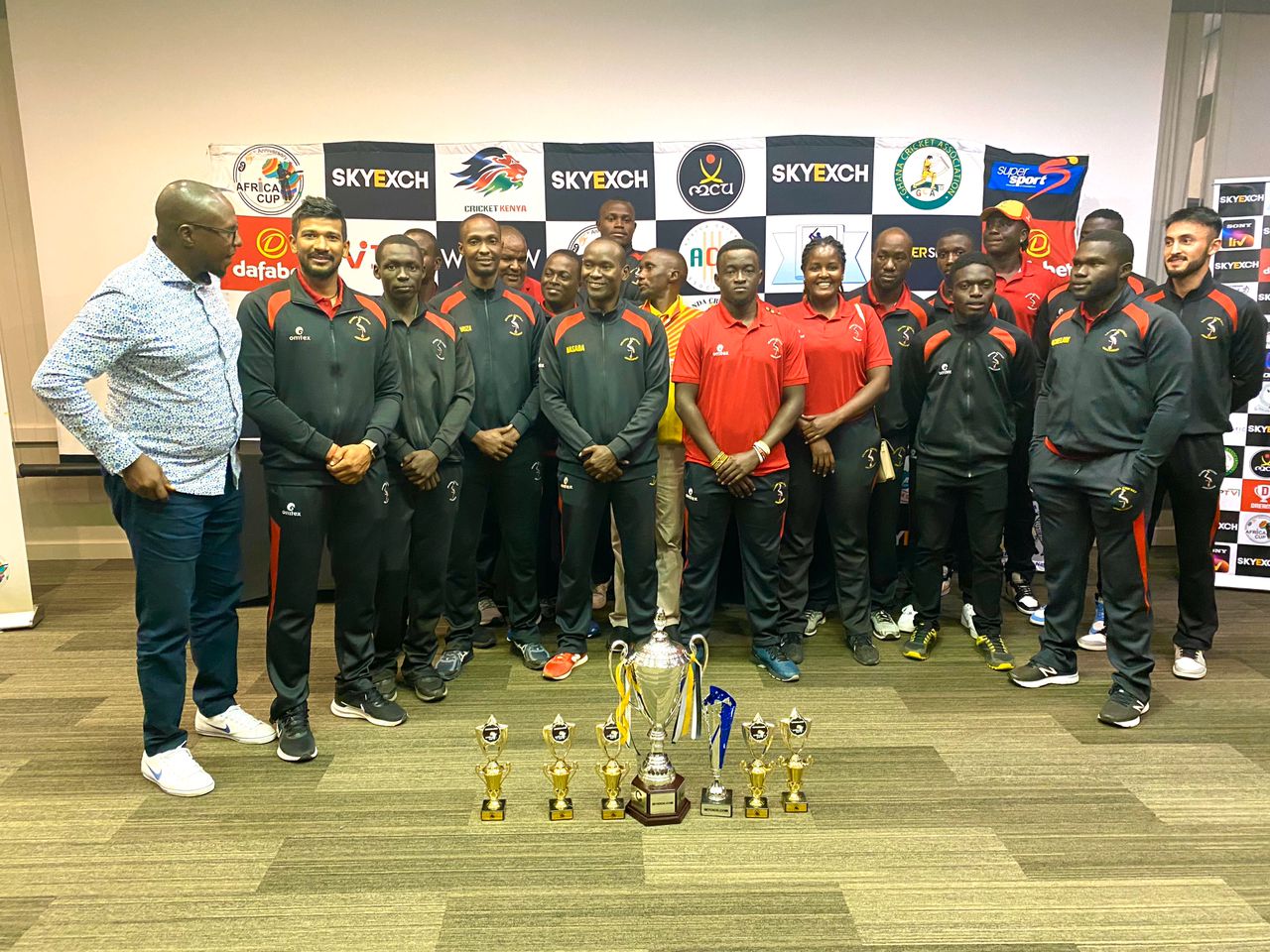 Riazat Ali Shah struck 98 runs from 53 balls (not out) as Uganda beat Tanzania by 8 wickets in the final of the inaugural Africa T20 Cup held on Thursday evening in South Africa.

Uganda who won the toss and elected to field witnessed Tanzania register 174 runs for the fall of 5 wickets in 20 overs.

In their innings, Uganda posted 175 runs for the fall of 2 wickets in 19.4 overs and won the game by 8 wickets.

“It always feels amazing when you perform well for your team…it was really an amazing final. Our target was to push the game to the end and Muhumuza really batted very well with me,” Riazat said adding that Tanzania played a very good game.

Cosmas Kyewuta, Juma Miyagi and Alpesh Ramjani each picked a wicket for the Cricket Cranes.

Meanwhile, Abhik Patwa stoodout for Tanzania during their innings as he managed 68 runs from 55 balls that comprised of nine boundaries. Ivan Selemani had 39 runs, Akhil Anil posted 26 runs whilst Amal Puthenpulyaril returned 14 runs.

Salum Ally and Harsheed Chohan each picked a wicket for Tanzania with an economy of 10.7 and 5.3 respectively.

The win means that Uganda claims the Africa Cup without dropping a game with their last two games being the real tests of the whole tournament. The five wins should also improve Uganda’s 25th place in the global T20 rankings when the new rankings are released.