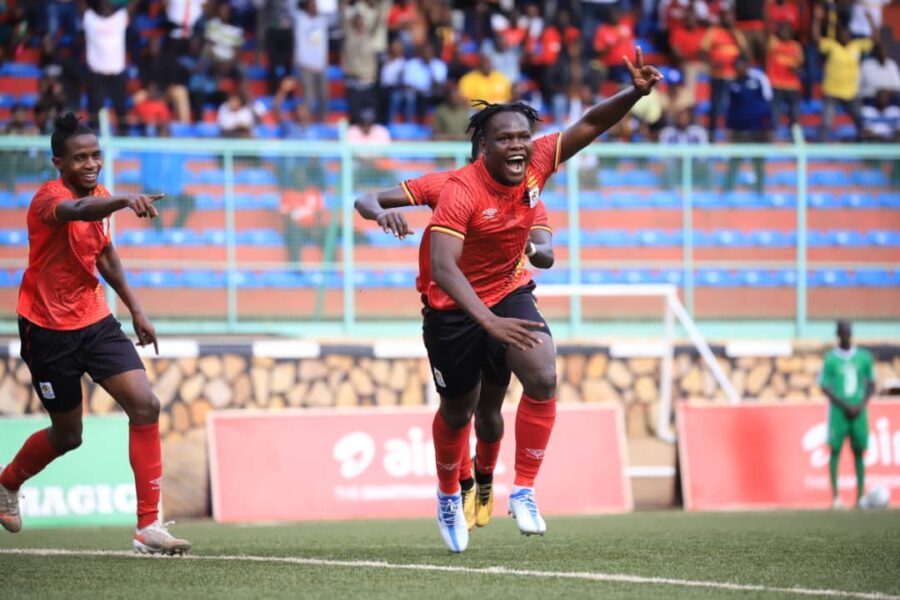 At St. Mary’s Stadium, Kitende on Saturday, the Cranes put up a spirited performance to win 3-0 and thus advancing to the final tournament 4-0 on aggregate with Moses Waiswa, Richard Basangwa and Rogers Mato goals each to guide Uganda to victory.

Coach Milutin Sredojevic made one change from the team that started away in Dar es Salaam with Derrick Ndahiro replacing Ibrahim Juma in the left back position. Uganda started the game on a great note and troubled Tanzania’s backline.

At the quarter hour mark, Rogers Mato was brought down in the box and the referee from Djibouti did not hesitate to point to the spot. Thanks Waiswa who took the resultant penalty sending goalkeeper Aishi Manula the wrong way to give Uganda an early lead.

Tanzania made several inroads in a bid to level matters but goalkeeper Nafian Alionzi stood tall in goal to thwart any danger. At the start of the second half, the coach introduced Basangwa for Martin Kizza.

The gangly forward took only nine minutes to announce his arrival when he headed home Waiswa’s delivery from a free kick.

Mato put the game beyond reach in the 75th minute when he finished off a well worked build up. Basangwa held off two defenders to find Mato on the left and the lanky forward was quick to send the ball to Karisa at the back post. The former did not shoot but instead played it back to Mato who was quick to head home sending the fans into frenzy. The result means Uganda qualifies for a sixth time to the final tournament which the 2022 edition was postponed to January 2023 and will be staged in Algeria.

Meanwhile, each member of the Uganda Cranes team (Players and officials) will receive a qualification bonus of $2,500, the FUFA President; Hon. Magogo Moses Hassim made the announcement in the dressing room shortly after the team win at St. Mary’s Stadium, Kitende who was in the company of Minister of State for Sports Hon. Peter Ogwang, NCS General Secretary Dr. Bernard Patrick Ogwel and FUFA Executive Members.

The President indicated this was good for the local based players to go and weigh themselves at the continental level.

“I am extremely happy that we have been able to secure qualification to CHAN. As FUFA, our target is to enter and qualify into every tournament. It is not easy to make sixth successive finals and the target is to perform better than the previous attempts,” he started.

Minister Ogwang who also addressed the team stated that the government will top up $500 for every member of the team thus making a grand total of $2,500.

“FUFA President has already announced the pledge from FUFA but on behalf of the Government, I want to announce that we shall top up $500 to every member of the team,” he said amidst cheers from the players. The Minister also promised a state dinner to the team.