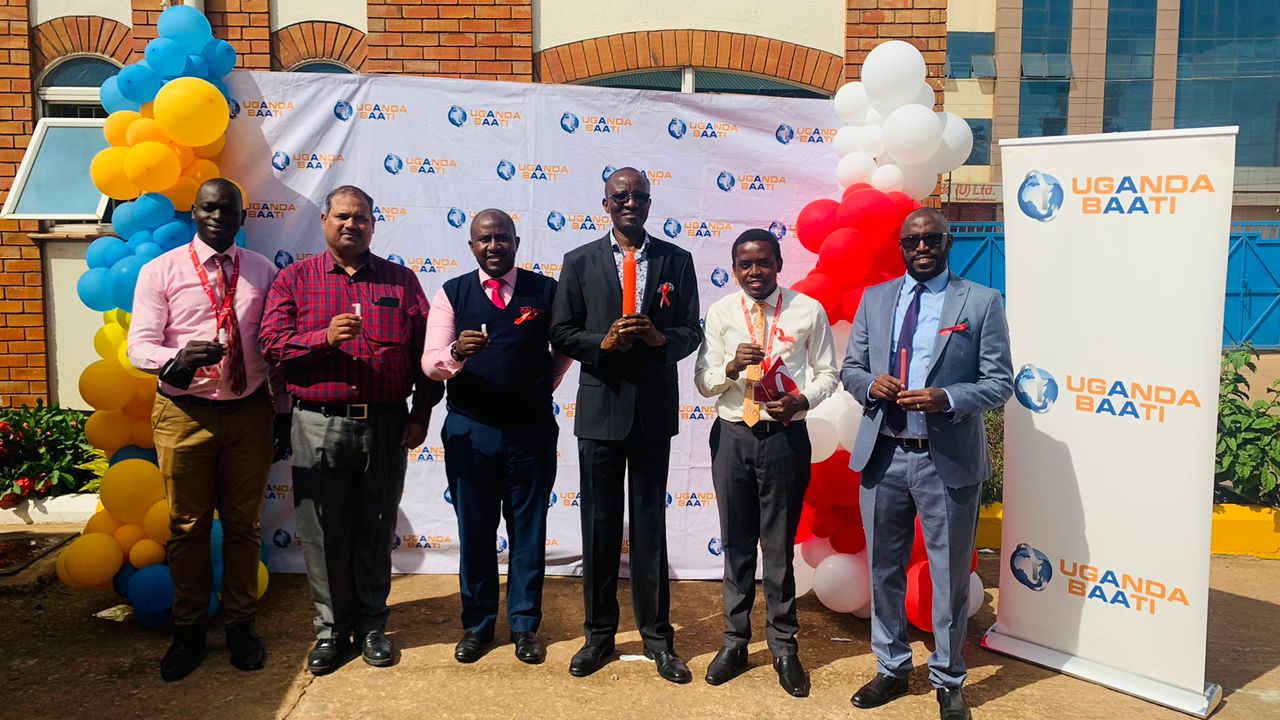 As a way of giving back to community, over the years Uganda Baati Limited (UBL) has developed a systematic and structured approach to give back to communities through sustainable CSR interventions. On Wednesday UBL joined the rest of the world to put emphasis on the mission to end HIV as a public health threat by 2030.

In partnership with Uganda AIDS Commission, the UBL staff led by the Business Head, Mr. George Arodi, joined hands to commemorate the International Candle Light Day by symbolically lighting candles and launched a two-week long medical camp through its Chandaria Medical Clinic that will offer free medical services to the public, that include HIV testing and counselling, Malaria testing, blood sugar/blood pressure testing, BMI (all health vital checks) and distribution of condoms.

Mr. George Arodi implored the staff of the company to offer care and be the ambassador in passing the message to end the stigma and discrimination on those living with HIV AIDS. He emphasized on the need for enhanced HIV testing and medication for those already affected. With discipline on taking the prescribed medication and proper dieting, those with HIV AIDS are assured of living a normal life,” he said.

Through the Uganda Baati owned Chandaria Medical Clinic, the company commits to continue extending free medical services to those living with AIDS. The Company, through the clinic will roll out more outreach activities through medical camps country wide, with emphasis to the needy communities

In order to extend medical services to a wider population, Uganda Baati is opening up another medical clinic in Tororo. This additional presence in Tororo is expected to expand the company’s base by over 60% from the current levels.

Over the last four decades, Uganda has made a lot of progress in bringing down the HIV/AIDS prevalence in the country from over 18% in the 1990s to around 5.5% to date.

The Uganda prevalence of HIV among adults (UPHIA) of reproductive age 15 to 49 years was 5.5 percent (7.1 percent among women and 3.8 percent among men) reflecting a slight decrease from 6.0 percent in UPHIA 2016-17.

In the entire UPHIA 2020 survey sample of adults aged 15 years and older, HIV prevalence was 5.8 percent (7.2 percent among women and 4.3 percent among men) corresponding to approximately 1.3 million adults living with HIV in Uganda.

The prevalence of HIV in adults 15 years and above was higher in urban areas (7.1 percent) than in rural areas (5.2 percent).

HIV prevalence in all regions was lower in UPHIA 2020 compared to UPHIA 2016/17 except in mid-north and Central.

Women And Youth Empowered With Hands-On Skills From…