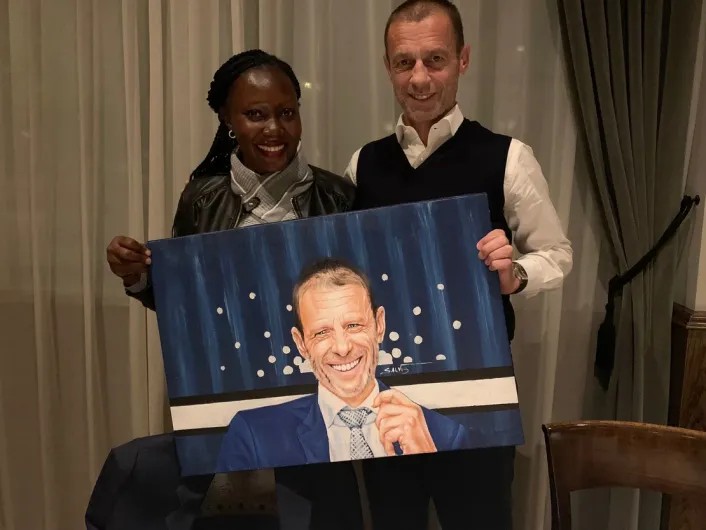 The UEFA President,  Aleksander Ceferin will be coming to Uganda to check on Aliguma Foundation projects.

Aliguma Foundation Chief Executive Officer (CEO) Ritah Aliguma recently visited Europe and interacted with the various partners including the president of UEFA, Aleksander Ceferin. The tour of Europe was primarily a courtesy visit to UEFA, the main partners of the foundation.

Aliguma Foundation is currently having four projects taking shape with that of The Acholi Quarters Playground Upgrade, The Cry of A Girl Child – Ndi Mwana, What A Ball Can Do and The Aliguma Foundation Sports & Empowerment Centre (AFSEC) construction in Masindi.

She is optimistic that UEFA will renew the Sport for Resilience and Empowerment Project (SREP) following expiry of the old contract in June 2022.

UEFA is impressed about the work the Aliguma Foundation is undertaking.

“UEFA is impressed with the work we are doing and I believe we have done enough to keep them interested and continue sending us grants to ensure we continue giving an improved livelihood to the less-privileged and disadvantaged ones; male and females,”  said Aliguma.

Besides UEFA through their Sports, Resilience and Empowerment Programme (SREP), the Aliguma Foundation has also had a couple of other partners.

Over 5000 Students From 43 Schools Complete Olympism…