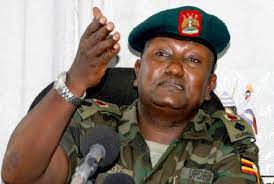 Following reports in a local daily that the UPDF had ordered a hospital treating shot traffic to stop giving the victim treatment, the UPDF spokesperson Afande Felix Kulayigye has refuted the claims by the local daily.

In a press statement released on Wednesday, the Army dismissed the story and clarified that following the unfortunate incident that occurred on 16th January 2022, where a traffic police constable Robert Mukebezi was shot in the leg during a scuffle in Ntinda, the Army undertook to facilitate his treatment at UMC Victoria Hospital.

Kulayigye further said that the army also has a running contract with the same hospital to provide specialized care for its personnel on a referral system.

Following the incident, Mukebezi’s right leg was amputated due to the grave nature of the injury. According to the Army, the treatment continued until 25th April, when he was discharged and instructed to continue visiting the hospital for period review as an outpatient.

According to Kulayigye, Mukebezi has ever since visited the hospital three times i.e. on 12th March, 16th April and on 23rd April 2022, and that the specialists reported improvement and that the patient (Mukebezi) was on course to full recovery.

The treatment plan according to the army is to provide the patient with an artificial leg after six months since amputation, which period has not yet elapsed.

Kulayigye concluded that all the treatment costs including the artificial limb are being footed by the Army, and that Victoria Hospital has not registered any complaint from Mukebezi regarding his treatment.