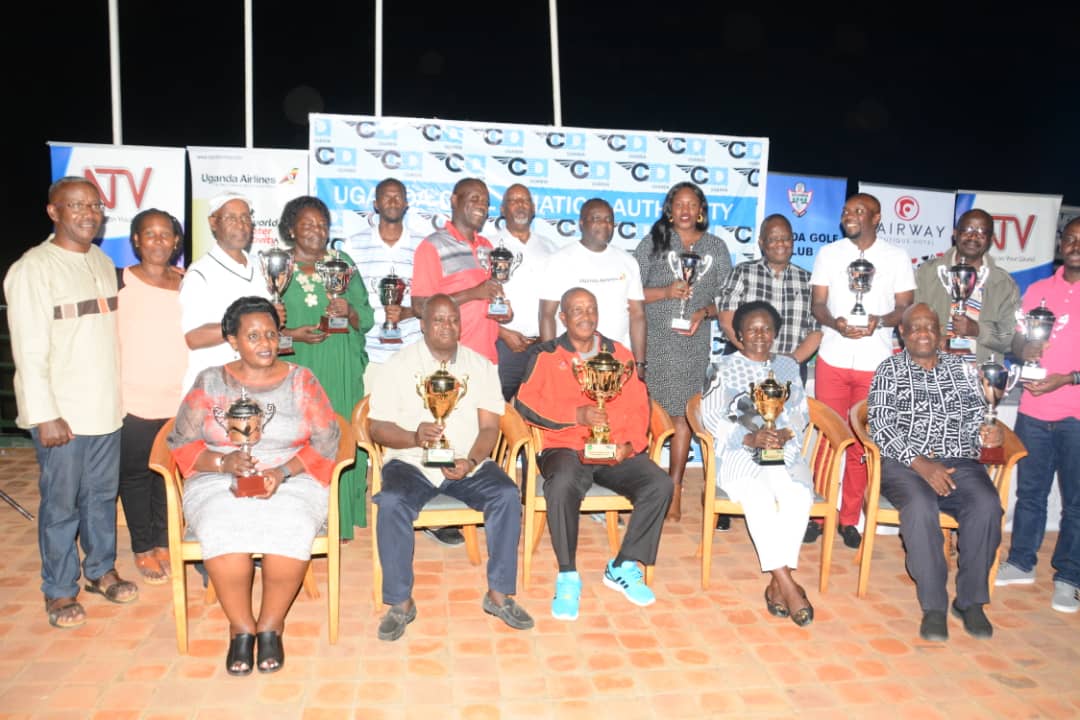 While speaking at the prize giving ceremony of the 2022 edition of the tournament over the weekend, UCAA Director General, Fred K. Bamwesigye revealed that they will continue sponsoring the tournament as well as increase the sponsorship package for the next editions.

“Sponsorship of this annual even is part of our Corporate Social Responsibility policy, which emphasizes support to sports, health, education and other noble causes,” Bamwesigye said adding that; “golfers are key stakeholders to the aviation fraternity as they are known to be frequent fliers and users of our facilities at Entebbe International Airport.”

The Uganda Seniors Golf Open has now traditionally become one of the Authority’s major activities in celebration of the International Aviation Week, which is globally celebrated in the first week of December, every year.

“Aviation Week celebrations are key for airports, airlines, tourism authorities, policy makers and aviation experts. The global celebrations are also an opportunity to further create awareness of and demystify the seemingly complex aviation industry. I am glad that industry players, including Airlines have joined the Authority in co-sponsoring the event, not only this year, but also in previous years. It is our hope that more come on board in future events,” Bamwesigye noted.

He added that games like golf that can be actively played by seniors come is handy to ensure healthy living. I therefore commend the Uganda Seniors Golfing Society for keeping the fire burning.

Meanwhile, in the main event, James Sekajjugo and Esther Okullo emerged overall nett winners in the men’s and ladies’ category with 72 and 74 nett respectively.

The winners nett winners were each awarded with a trophy as well as a two-night accomodation for two (each) at Safari Trackers, Bwindi.

The overall gross winners were Monica Ntege (ladies) with 85 gross and Plenderleith David (men) with 80 gross.

Gross winners were awarded with business class tickets to the destinations where Uganda Airlines operates. They also received trophies.

For the side bets, John Katto took the men’s longest drive award whilst Grace Kabonero took for the ladies. Men’s nearest to the pin was won by Ahn Jeung Bong while Katy Kabenge won the ladies’.

A subsidiary event was played by none senior golfers (less than 55 years) where Aaron Mugomala emerged guest winner off 75 nett.

At the award ceremony, Uganda Senior Golfers Society chairman Sam Onek lauded UCAA for the continued support saying that they are a reliable partner. He also thanked co-sponsors for the support as well as golfers who graced the tournament.

Sex outside marriage and cohabitation illegal according to…