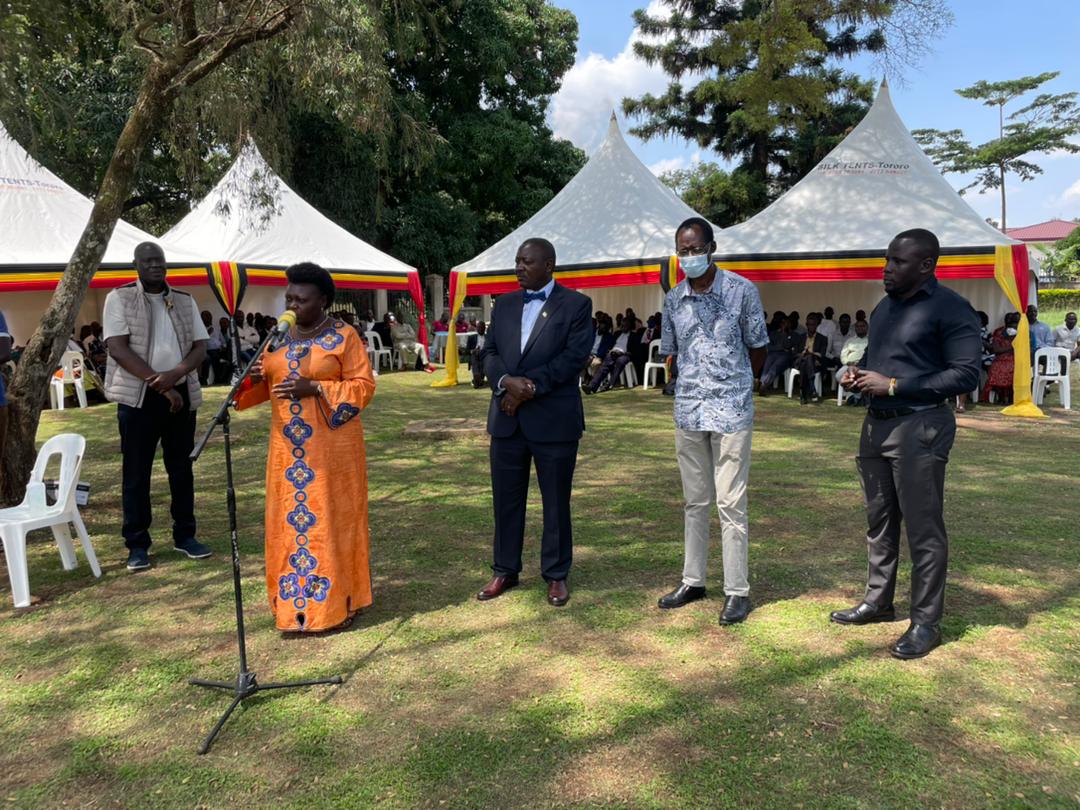 Tororo Leader Roots For Unity in The Betterment of Their District

Leaders at all levels in the district of Tororo have come up together to call for Unity in the betterment of the District. This clarion call was made during breakfast prayer organised by Tororo District Local Government, on Friday 1st July at Tororo District Headquarters. These leaders gathered to dedicate 1st July as a day of reflecting God’s goodness in the district.

While giving his summons, the District khadi of Tororo, Ibrahim Asante urged the teachers to reflect on their actions and go back to class as they negotiate with Government, because the children are suffering and are not benefiting from Education due to the prevailing industrial action.

The Archbishop implored the people to restore the glory of Tororo and remain united. He emphasized and urged the people to fully participate in the Parish Development Model so as to transform the respective communities.

On behalf of civil servants, the chief administrative officer (CAO) of Tororo District, Balaba Dunstan pledged commitment towards ensuring efficient and effective service delivery for the people of Tororo.

The Resident District commissioner (RDC) of Tororo, Alber Amula, used the same event by tasking the Civil servants to walk the talk and ensure that they protect the image of the District especially in areas of; accountability, transparency and communication. “I call upon Religious and Political leaders to sensitize and mobilize our people for the PDM program that seeks to transform our people from Subsistence economy to the Commercial economy” the RDC said.

In a unison move all legislators who were present urged Civil servants of Tororo to provide the required Social Services transparently for the good of the people. They encouraged other leaders to engage in the Parish development model, If it is to succeed in Tororo District. They added by imploring leaders across to call on Government to ensure that children go back to school.

The Chief guest who was Hon. Oboth Oboth Jacob, who doubles as West Budama Member of parliament, but also a state Minister for Defence, thanked the District for organizing the District prayer breakfast. He informed Leaders that while campaigning, the tribal sentiments always came in but there was need to unite the people and the journey begins today at the breakfast prayer.

The Minister emplored the religious leaders led by the Bishop of Tororo Diocese His Grace Emmanuel Obbo to invite the leaders in Tororo for reconciliation for the good of Tororo. He concluded by appreciating the commitment by the CAO Balaba Dunstan on service delivery and urged Civil servants to walk the talk.