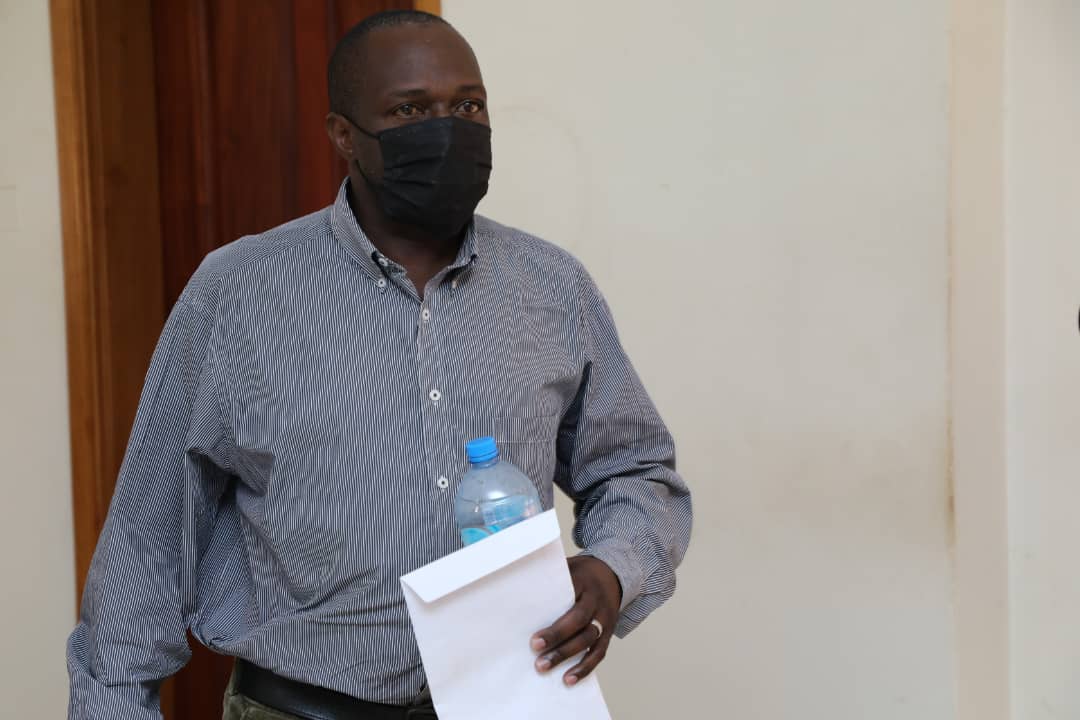 Top City Accountant Gets 3 Years In Jail for Tax Fraud

Ssekamwa James Kulubya, a city accountant and proprietor of JSK Consultancy, has been convicted and sentenced to three years in prison on charges of abetting Value Added Tax (VAT). He was also ordered to pay UGX 21 million to Uganda Revenue Authority (URA).
He is also a LC1 chairman of Bukasa Bukulu village, Buloba Parish Wakiso Sub-county in Wakiso District.

The Magistrate, His Worship Moses Nabende, gave the sentence when Kulubya appeared before the Anti-corruption court last week in Kampala and pleaded guilty to eight counts of making false statements to a Tax Officer contrary to Section 58(1) (a) of the Tax Procedure Code Act, 2014 as amended. He committed the offences between 2014 and 2019 while acting as a tax consultant for various companies.

According to the prosecution, Kulubya knowingly issued the fake invoices to lessen the tax burden of the companies he consulted for and helped them to falsely claim for VAT refund on inputs that were never purchased or procured, hence committing VAT fraud. For every VAT refund acquired from URA, Kulubya would be paid 10% as commission.

Ibrahim Bbossa, the URA spokesperson said the investigation into Kulubya’s dubious dealings followed inconsistencies in the invoices generated by the companies Kulubya consulted for.

“Expenses and purchases involving VAT were exaggerated in the invoices, a discrepancy uncovered through the Electronic Fiscal Receipting and Invoicing Solution (EFRIS) system,” Bbossa said.

Bbossa revealed that URA established that the racket involved in the VAT invoice fraud works with middlemen who source clients on their behalf. Investigators from the authority went on an undercover mission disguising themselves as businessmen seeking Kulubya’s tax services. They then contacted middlemen who were eager to make money from their role in the business chain and unknowingly delivered Kulubya.

The investigation also led to the arrests and prosecution of Kyambadde Enock, Musoke Timothy, and Bwengye Michael William who also allegedly trade in similar invoice falsification. The suspects operated at Hotel Africana, BMK House, and Sunset Arcade in the city centre respectively.

Bwengye, on the other hand, registered four companies namely; En-core suppliers Uganda Limited, Tendum Investment (U) Ltd, Musiime Procurement Co. Ltd, and Wayembo Enterprises Limited which he allegedly used to falsely claim input VAT from January 2017 to March 2022. He is said to have committed the offences in 2017, 2018, and 2019.

Kyambadde, Musoke, and Bwengye were charged in the Anti-Corruption Court on 7th April 2022, and pleaded not guilty to the count of making false statements to a Tax Officer contrary to Section 58(1)(a) of the Tax Procedure Code Act, 2014 as amended and were granted bail. If found guilty, the trio could face up to 10 years in prison. They are expected to appear in Court on 3rd May 2022 for mention of their case, while Byengye Michael William is expected back in court for mention of his case on 6th May 2022.

The fictitious companies used by the accountants to aid the VAT fraud scheme are to be deregistered for VAT. Over 30 companies and individuals were sighted in this fraud and according to URA, these will face prosecution for their involvement. BBossa notes that the scheme had so far caused revenue loss of over Ugx 50 billion in false refunds.

On July 1st, 2020, URA directed all VAT-registered taxpayers to enroll onto EFRIS and start issuing fiscalised receipts and invoices. The system was introduced to address illegalities in VAT refunds which had over time possessed a threat to efficient revenue collection.

The system records transactions in real-time through an interface with URA, hence an end-to-end trace of the transaction data. URA analyses the data submitted on EFRIS for accuracy and clean-up, and thereafter, follow-up is made in case of any irregularities. Since all VAT registered taxpayers are on the system, transactions leave a trail clearly indicating all parties involved, thus easing the detection of false VAT claims.

URA has intensified the use of smart business systems like EFRIS to detect fraudulent activities that may cause revenue loss.
“We urge taxpayers to refrain from conniving with tax agents/consultants to temper with business records as the consequences are dire,” Bbossa warned.