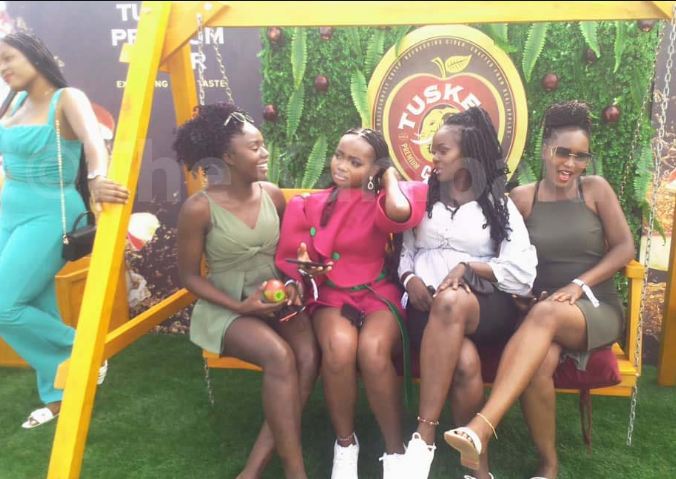 There was another reason to party on Sunday as Blankets and Wine celebrated its 10th Anniversary at the Cricket Oval, Lugogo. The fete which had become part of the menu on the social calendar had been disrupted by the Covid-lockdown for close to two years. The gates at the Cricket Oval, Lugogo opened as early as 8am for the revelers who were dressed in their Sunday best to enjoy the day. Many artistes especially in the Afro-beat genre in live music performance and Deejays from in and out of the country put up a spirited performance and revelers left the venue nodding their heads in appreciation. This year’s edition of the Blankets and Wine was sponsored by Tusker Cider and was organized by House of DJs alongside co-sponsors Roke Telkom, Next radio, Uganda Airlines amongst others. Some of the artistes that performed on the day included Spice Diana, Cosign Yenze and at the time our reporter left, the revelers were expecting performances from Uncle Waffles from South Africa, Nviiri from Kenya, Bruce Melodie from Rwanda,who had confirmed attendance. The revelers also enjoyed pop up market and games and lots of food and drinks. Amanya Atuhaire, the Marketing Manager at Roke Telkom told one of our reporters that: “Roke Telkom has been a proud sponsor of the Blankets & Wine since 2012 and adding that they were excited to be part of their 10th Anniversary.” The internet service provider provided the merrymakers with high speed internet using the Roke spot services. “We catered for the audience with fast internet connection at Lugogo Cricket oval as they enjoyed the different performances,” Amanya said. The revelers had to part with Shs100,000 as entrance fee. Chanta Ngenzi, the General Manager House of DJs told our reporter that they managed to deliver on their promise of a live music performance from top musicians from around the globe.