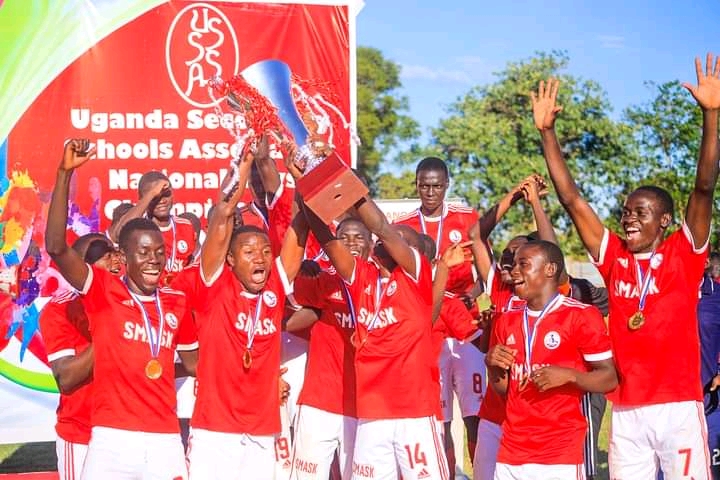 For the last 26 or so years, the Copa Coca-cola championship was the most well organized, sponsored and popular school sport championship in Uganda. Thanks to the efforts of the likes of Haji Sentongo, Haji Kawase, Raphael Bwire, Kennedy Mutenyo and all. Plus the support of NCS , the ministry of education and sports, the ever increasing sponsorship by Coca-cola.

When it was rumoured that Coca-cola had pulled out, I could not beleive it. The confirmation of the romour left many of us devastated. The possibility of staging the boys championship without Coca-cola was unimaginable. Despite the then fears and uncertainty, I am glad the the championship has been held and in great style. Braking many previous records of participation, attendance, TV viewership and general organization.

But how could we fail when we are operating under the guidance of a Commissioner of physical education and sports who is not only an ardent lover of school sport, but who as a school head, consistently participated in the games, with exprienced administrators at USSSA, the greatly improved structures of USSSA and the great support from FUFA, PES and NCS.

Much as the championship was a great success, a number of challenges, that have to be resolved in order for that of 2023 to even be greater, have been identified.

To begin with, the new system of online registration was a great challenge to many. This was in part due to the fact that a good number of games teachers had not been trained on the system. The problem was even worse by those that are computer illiterate and those that could not seek advice. Players who had played for other schools this year, were able to be registered in the system. The length of time between registration and the tournament did not allow time for verification of documents entered into the system. Going foward, all games teachers will be trained on the system at district and zonal levels aheadof ball games 2. Schools will be required to enter details of all its sporting students into the USSSA system in the first one month of the term 1 after which the system will close.

The other challenge was clarity of our rules and regulations. Especially on none eligibility of players and proof of age. In an effort to make our rules easy to imprement and in line with those of ISF, Some provision s were removed and others left unclear. The unclear rules were taken advantage of by some teams. The disciplinary committee could not rule on some cases using the rules without unfairly victimising some teams. This in a way, Brough some disrepute to our games. Going foward, USSSA, under the guidance of PES will review and bring clarity to the rules and regulations. In particular, it was also observed that the removal of the no repeater rule may have brought on board footballers who left school many year ego. For example, we had cases of some footballers who play for clubs hundreds of miles away from their schools. One wonders how this is can be possible.

The other challenge was disparity in age and may be age cheating. Where as the tournament was an U 21, some schools like St Augustine fielded mainly U17 players. The big teams on the other hand fielded mainly 20 Yr old and a few 19yr old students. It was also discovered that many with UNEB verification letters instead of a UNEB pass-slip, are actually over-aged players. They pretend to have lost pass-lips that show age and opt for the letter that do not show age. The other associated problem here is that at FEASSSA, we play U20 and at ISF Competitions, we play U19. So some players who helped their teams to qualify for FEASSSA games will be ineligible come the Tabola games in September this year. Going foward, we shall consider playing U20 or even U19 in future. The under age category games will futher be availed and emphasised. UNEB, will through PES, be requested to indicate date of birth on the verification letters. The act of age cheating in this way, will be criminalised and heavy sanctions applied to the defaulters.

The other challenge was with schools that compete and qualify at the the zone level but lack the resources to compete at national level. This has been compounded by the withdrawal of the sponsor. These bring a lot of uncertainty to our games. That’s why we ended up playing 66 teams instead of the planned 64 in Arua this year. Going foward, we shall now regulate the time period for district and zone qualifiers and leave ample time for registration and replacements. We shall also improve on our means of communication.
Where as in my view the refrees tried their best, some of their calls were contested by some fans and officials alike. The few contested calls especially those in matches that was on TV will be reviewed by the refrees committee of FUFAand where necessary, action taken. In future, we plan to train at least 4 students per school as refrees to officiate in inter house and inter class Ivan Competitions. Those who do well will officiate interschool Competitions.

Yes. from the lessons leant, the 2023 championship will even be better than that of 2022.