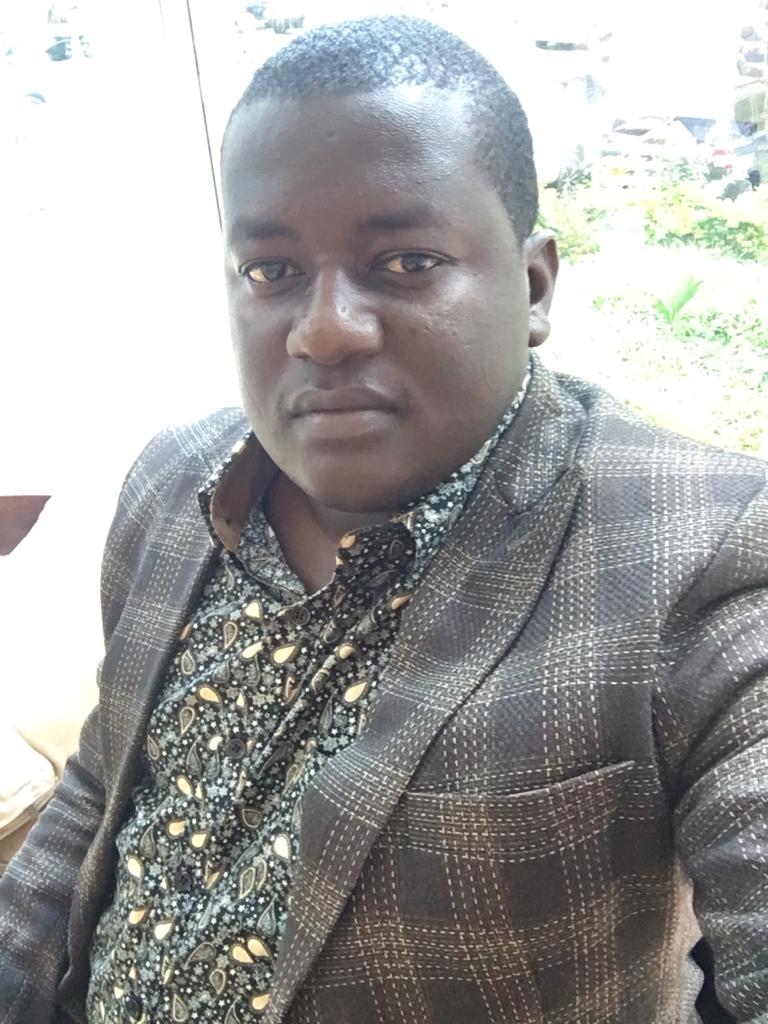 The ‘Sons and Daughter’s of Cannibals’ in Modern era

Opinion: When I was young in the 90s, I used to hear scary stories which would sound like myths. I never knew I would at one time find myself close to the reality of such unfortunate stories.

The scariest story was; there were groups of people who feast on flesh of people in some parts of Uganda and the world.

I was so intrigued by such stories because of their superstitious nature and I had to go consult my parents who were not also sure of them but agreed they had heard people talking about them.

That time, such people were described as “Abashezi” in Runyankole literally meaning cannibals. Abashezi are the people who retrieve dead bodies from graves and feed on their flesh.

Abashezi (Cannibals) are far different from Abacecezi (night dancer) who only scare people moving at night and do rituals on graves.

With the change of times and eras, we have to be so alert that the night dancers are no longer the ones we used to know. They have given birth to the sons and daughters who have acquired education and skills of technology.

They are seriously exploiting social media platforms which are supposed to be best tools of marketing and information to the grounds of practicing their rituals they inherited from their parents in modern way with no shame and remorse in broad day light.

They have turned their fetish norm to a normal business because their joy is to recruit more people to their cult.

For the past five months, they have been so busy exercising their evil practices reciting and singing words of incantations up to today on Gen. Caleb Akandwanaho (Salim Saleh).

They have announced him dead several times, written many articles about his death, designed pictures of him in  intensive care unit and reached to the extent of forging a tweet in the names of President Yoweri Museveni who is also the elder brother of Gen. Salim Saleh announcing him dead.

One great thing I have admired and appreciated about Gen. Salim Saleh, is that he has made it so easy for them to continue spreading, speculating, acting their evil practices while he is there busy and seriously executing him national duties assigned to him by the president.

He has made it so easy for them to expose their culture in broad day light by intermittently making mismatching announcements, contradicting themselves with so many guess works.

Gen. Caleb Akandwanaho Salim Saleh has successfully made this look like the biblical story of “The tower of Babel” Gen: 11:1-9.

The Tower of Babel.

1Now the whole world had one language and a common speech.

2 As people moved eastward, [a] they found a plain in Shinar[b] and settled there.

3They said to each other, “Come, let’s make bricks and bake them thoroughly.” They used brick instead of stone, and tar for mortar.

4 Then they said, “Come, let us build ourselves a city, with a tower that reaches to the heavens, so that we may make a name for ourselves; otherwise, we will be scattered over the face of the whole earth.”

5 But the Lord came down to see the city and the tower the people were building.

6 The Lord said, “If as one people speaking the same language, they have begun to do this, then nothing they plan to do will be impossible for them.

7 Come, let us go down and confuse their language so they will not understand each other.”

8 So the Lord scattered them from there over all the earth, and they stopped building the city.

Gen. Salim Saleh’s unbothered silence has defeated the children of cannibals and witches to speak different languages on social media until they will sink in their own confusion, illusion and evil practices.

Unshaken Saleh Gen. Saleh is so much engaged with issues affecting the welfare of the people of Uganda as Chief Coordinator of Operation Wealth Creation (OWC) while executing his duties, he is so un bothered by what other people think or say about him as long as it is not right.

The ignorance of the sons and daughters of cannibals.

It is so unfortunate that these day light witches who are going ahead to practice their inherited vice of cannibalism are not aware that Gen. Salim Saleh in March – April 2002, defeated their cannibal parents who were the first to announce him dead when he had gone for his arm surgery in London (Ref: New Vision, March & April 2002).

The Gen. who defeated the night dancers of 2002 can never be shaken by their 20 years old children of 2022 who are using technology in the modern era to practice the inherited rituals of their parents.

Another important note is that it will be easier for the camel to pass through the eye of a needle than these broad day light witches to touch on his flesh whether alive or dead.

It is high time for the public to ignore the ill-intentioned witches who use social media as a tool to confuse and convince innocent people to join their cult.

If you have managed to fight night dancers by cursing, rebuking their acts through prayers and sheltering yourself at night, you can be able to free yourself from these unscrupulous people whose play ground are grave yards because it is where they belong.

Some of the prominent names that have been on the wish list of these cannibals are; President Yoweri Museveni in 2021, Kabaka Ronald Muwenda Mutebi in 2021, Hon. Eng. John Nasasira in 2015 and many others.

Death is inevitable. All of us at one point will be no more but not by the wish of the cannibals.

State House would like to assure the nation that Lt. Gen Caleb Akandwanaho (Salim Saleh) is alive and well Press Secretary to the President, Mary Okurut said in a statement last evening.

This is to dispel rumours that had circulated to the effect that the Lt. General is dead, she added.

Citizens Concerned, an organisation formed by Saleh, yesterday demanded a public apology from Capital Radio FM for allegedly announcing that the General had died.

Pike’s letter reads in part: At 8:00pm. we ran the following news bulletin.

First, rumours and unconfirmed reports are going around town that Lt. Gen. Salim Saleh is dead. It’s confirmed that Saleh is away in Europe but sources close to him, however, say he is alive and doing well.

This was the only news bulletin we ran about Saleh on March 6. This can be verified by tapes from Steadman Monitoring. However, other FM stations started broadcasting false reports that Saleh had died. This caused the confusion.

Later that evening, we ran numerous statements by Juma Seiko that Saleh was in good health and on February 7 numerous live broadcasts from Saleh himself stating that he was alive and well.

We regret any confusion resulting from our bulletin but we were only trying to help by making it clear that Saleh had not died, as per the widespread rumors in Kampala that day.

On behalf of the Uganda Media, we apologize for any confusion caused by radio stations other than ourselves.

Yesterday Saleh called The New Vision asking about the latest from the rumour mill. On Wednesday he said, I am here taking tea, tell everybody.

The convoy of over 200 vehicles disrupted business and traffic on the 32km-stretch from Entebbe to his residence in Upper Mbuya, a posh Kampala suburb.

They chanted his praises while some carried placards reading: Welcome home, Salim Saleh, man of the people, long live our hero.

There were also donations of fuel, posters and T-shirts. Dozens of boda boda cycles graced the occasion. There were also dozens of saloon cars, bringing business to a virtual standstill on Entebbe-Kampala Road.

At his residence, his fans sang, screamed, drummed and chanted his greatness. Some wept. They asked him to remove his dark glasses but he told them he did not want to expose his tears.

Flanked by Jovia, Saleh said, however much one hates you, he can’t declare you dead. I am here.

May be God wanted me to tell you this message: Have a heart to forgive those who hate you.

Those saying we should sue those who announced me dead, it doesn’t work (that way).

Saleh said he was forced to return home from hawking coffee abroad on the request of Jovia because his anxious supporters wanted to see him. I have now known the life of a hawker. It is not easy to convince people to buy.

I was forced to come empty handed, he said. At this point, the supporters shouted in chorus, Abbewo, Abbewo 2006 (Long live, Long live).

But Saleh said he will not contest for the 2006 presidential elections. Sagala munyingizze mupokopoko (I don’t want you to drag me into politics), he said.

I have been given one Police vehicle, he said pointing at a PPU vehicle. I don’t want a second one.

He showed the gathering his left hand which was operated on in Europe. He promised his supporters sources of income. He described his residence as a safe haven from MPs.

Saleh left for Germany last December for surgery to adjust a bone in his left hand which was shot during the National Resistance Army (NRA) bush war which lasted from 1981 to January 26, 1986.

The hand was operated on last September in a Kampala hospital. He moved to the UK from Germany. Early last month, rumours hit Kampala that Salim Saleh had died.

A number of radio stations in western Uganda and in Kampala reported that the General had died. But Saleh called from London to refute the rumours.

Citizens Concerned, a group sympathetic to him, raised money to cater for festivities to welcome him.

Last evening, his supporters were scheduled to have a party at his residence. Saleh is commander of the Reserve Forces.

Publisher, Researcher, Innovator, Businessman and a concerned citizen of Uganda.