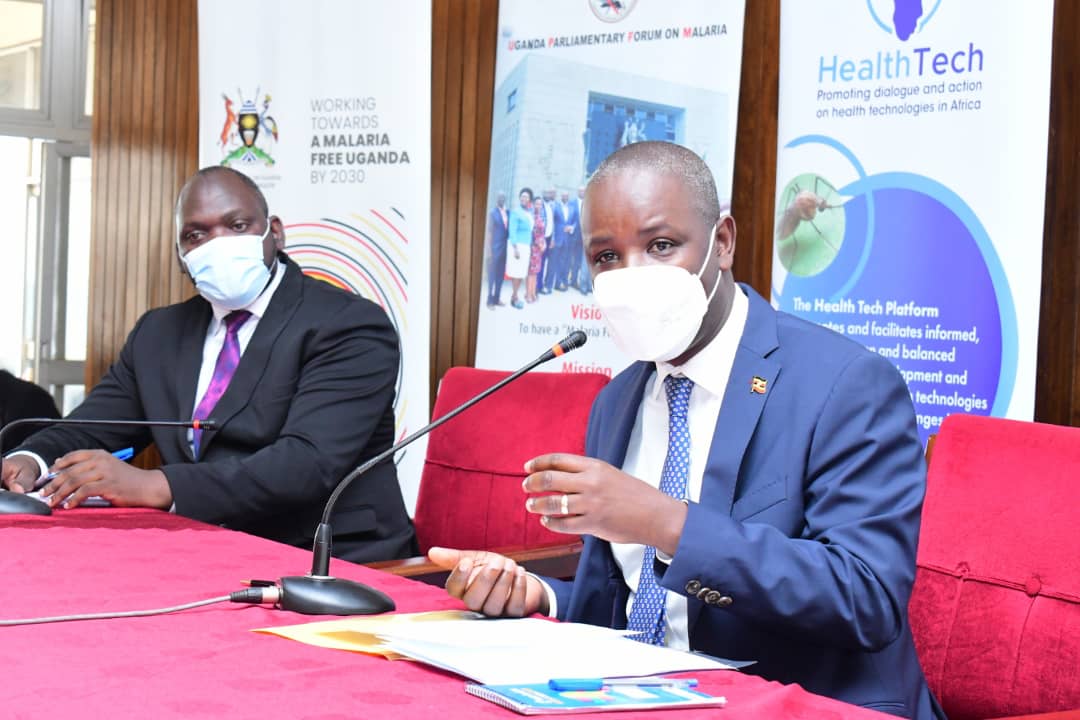 Tayebwa Wants Malaria Fund To Go Down to The Affected Communities

WallnetNews/National News|– The Deputy Speaker of Parliament Thomas Tayebwa, has called for change of scope in the management of funds allocated to the fight against malaria, saying it needs to be spent on the cause other than conferences and workshops.

Addressing the Parliamentary Forum on Malaria at the Members Lounge today, the Deputy Speaker said that the practice of spending money on food and drinks in lavish hotels must stop so that all the money from donors is focused on fighting malaria.

“We need to see a wave of that money being trickled down to the people because I get concerned when I see many workshops in lavish hotels. If you are handling malaria what are you doing in Serena Hotel? Whether it comes from Washington or WHO headquarters and what, you came to fight malaria, why do you buy me a plate of food at 120,000 Shillings in a lavish hotel when that money could be used to buy mosquito nets?” Tayebwa wondered.

The Deputy Speaker also asked the Members of Parliament to track the expenditure on the money they appropriate for the fight against Malaria. He said that malaria has negatively impacted the economy of Uganda because families spend 3.9 percent of their income on fighting malaria.

While he promised effective legislation and allocation of funds for the fight against malaria where Uganda is the third highest contributor of cases and seventh contributor of deaths to disease in the world, Tayebwa added that focus should be put on prevention.

“Why do you bring consultants from America who have never seen malaria? I never see mosquito nets in the hotels in America. I see them in the hotels of Africa. So who knows malaria? The one who is living with it. So, this business of giving budgets to workshops is not good” he emphasized.

He implored the MPs to follow the money and make sure it is not misappropriated adding that in most cases it is not released even after being passed by Parliament in the budget.

Meanwhile, the Ministry of Health is asking for Shs20bn to finance the construction of a plant where drugs which kill the mosquitoes in their larvae stage so that the spread of malaria is stopped. The officials believe that once these drugs are produced in Uganda, the Government will be able to reduce deaths by 2030. At least eight people succumb to malaria in Uganda everyday.

The Acting Commissioner for Vector Control in the Ministry of Health Dr Alfred Mubangizi said that drug to be manufactured in Uganda is called “microbial larvicide” which will be sprayed in flood and stagnated waters that are known for being breeding areas for mosquitoes.

He said the Ministry has already signed a memorandum of understanding with the army’s commercial arm, the National Enterprise Corporation (NEC) to construct the factory.