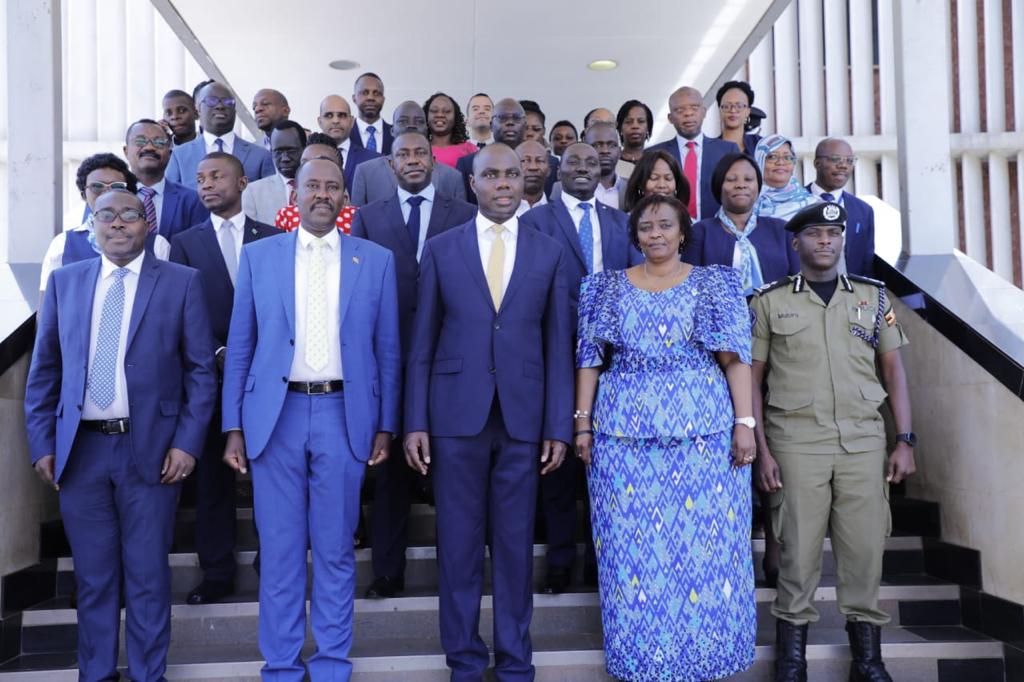 Taxation and Science: 18 Countries Benchmark on How URA is using Science to Grow Revenue Collections

Over 18 African countries have convened in Kampala to benchmark on how Uganda Revenue Authority (URA) is deploying science based model to grow revenue.

Representatives from South Africa, Rwanda, Zambia, Sudan, South Sudan, Niger, Lesotho, Malawi, Eswatini, Angola, Botswana, Tanzania, Zambia, Zimbabwe, Guinea Conakry, Morocco, Senegal and Mauritania among others are camped at Sheraton Hotel for the next four days to discuss ‘Application of Science Approaches in Tax Administration’ which is being facilitated by officials from URA.

According to the African Tax Administration Forum (ATAF), it is estimated that low tax compliance in developing countries costs around USD285b per year.

Most of these developing countries are in Africa.

ATAF Executive Director, May Baine said: “We need to really step up our craft.”

“As the world rapidly evolve, it is also important for us to find new ways to protect this tax. These innovations are really paramount. Will form key examples that can then be used as comparable by countries in Africa,” Baine said.

URA Commissioner General, John Musinguzi said that deploying science model in revenue mobilization is aimed at making sure that “Uganda and URA are able to mobilize revenue efficiently” and not just use assumptions or guess work, or evoke the law but by “also backing whatever we do with the application of science.”

According to Musinguzi, in the last quarter alone, URA conducted a tax audit backed by science tools and equipment on six companies in the construction sector and from that one operation, URA was able to recover over USD12.8m.

In the same period, URA saved Ugx500m that would have gone to taxpayers in tax refund after deploying applied science (input and output ration).

“So, when you see some of the improved collections from recent days, they are coming from the application of science and data. We are also able to deter and stop any false claims that could come through,” Musinguzi said.

He added: “We are here to share with our colleagues on what science can do in domestic revenue mobilization.”

The Minister of State for Finance-General Duties, Henry Musasizi while presiding over the opening of the 4-day training, said he was encouraged by URA after they embraced “vision of becoming a revenue transformation service for Uganda’s economic independence.“

“I believe this change in organizational focus has driven revenue mobilization initiatives resulting in positive revenue figures in the recent past. Our major policies from finance are informed by science. The science model approach and techniques provide the innovative age, especially in the industrial and the manufacturing sector,” Musasizi said.

He added: “Science is vital for African countries to develop African solutions to African challenges. I therefore see the science model approach to revenue administration as one of the solutions that will among other things fund African government post Covid recovery plans especially in service provision.”

According to Musasizi, domestic revenue presents a more sustainable pathway to financing “our various development needs into our sovereignty.”

“Out Tax to GDP ratio stagnated for over a decade with the last recorded at 13% in FY 2020/21. Our tax to GDP ratio is 13%, our expenditure to GDP ratio is 23%. The difference of 10% is being funded on borrowing and borrowing has got its negative implications on our economy.  We are working towards how best we can close such gaps, at least to take it to 20% in the medium term…,” Musasizi said, adding: “…discussions like this one and the innovations are good efforts to enhance revenue collection. “

The Minister appealed to participants to share ideas about how they can improve the tax to GDP ratio so that African economies are able to substantially finance their budget.

Musasizi says that the government is committed to growing the country’s science and innovation facilities through programs such as the university research fund, technical and vocational training, and the UVRI (Uganda Virus Research Institute among others.

He also encouraged participants to support the government’s intervention to build an economy that is “self- reliant,” he said adding that the Ministry of Finance, Planning and Economic Development will support government and URA efforts in advancing science, research and innovation in Uganda.