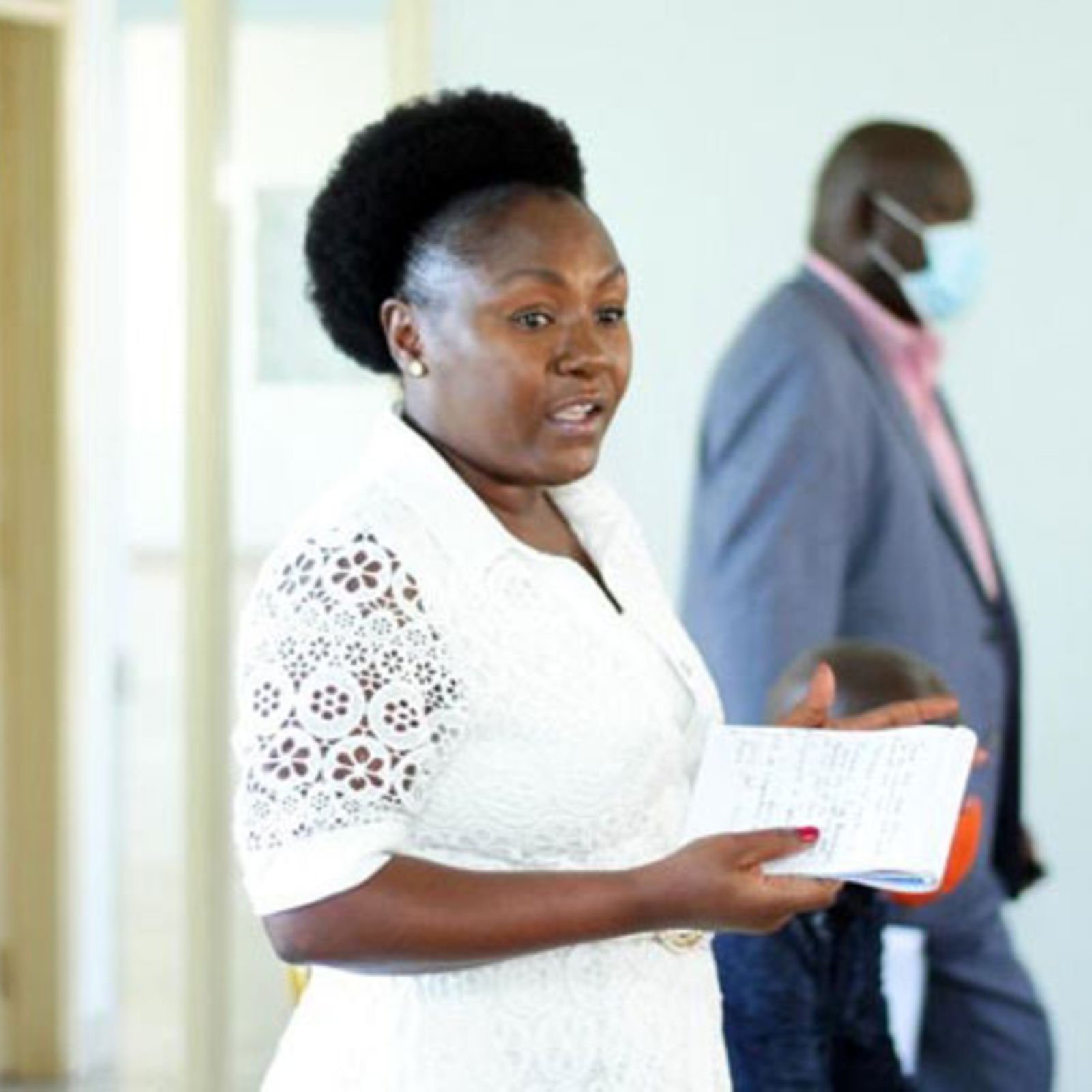 The director of Operation Wealth Creation (OWC), Sylvia Owori has rubbished allegations of grabbing land, harassing and intimidating residents of Nyangore sub-county in Tororo district where she comes from.

According to residents who petitioned Tororo Woman Member of Parliament (MP) Hon. Sarah Opendi, Owori has been harassing and threatening them under the disguise of Operation Wealth Creation and acting on behalf of President Museveni.

In their petition, the residents revealed that Owori has allegedly grabbed over 90 acres of their land with the help of armed security officers.

Following the petition, Opendi raised the matter before parliament noting that residents are living in fear for their lives and losing their property.

“The residents are living in fear due to the continued harassment, provocation, intimidation and sometimes attacks. Owori has already displaced some families, fenced off compounds and gardens of crops, and continues to encroach on other lands under the watch of her armed security officers,” Hon. Opendi told Parliament.

The petition was presented before parliament during the sitting of 19 May 2022 where Hon. Opendi reported that Owori’s armed officers had allegedly inflicted injuries on innocent residents who were found working in their gardens on the land that Owori claims to be hers.

According to Opendi, Owori has also shut down Heroes Foundation Primary School blocking teachers and students from accessing it noting that the land on which the school was built belongs to her.

“In an attempt to stop access to the land, she erected a tomb apparently belonging to her late grandfather in the compound of the primary school in September 2020,” Hon. Opendi noted.

Opendi further noted that the resident’s efforts to get help from local authorities against Owori have been futile since she has continuously ignored court summons which attempted to have the land conflicts resolved.

Following Hon. Opendi’s petition, the Speaker of Parliament Anita Among directed the Minister of Lands, Housing and Urban Development, Judith Nabakooba to intervene and take action against the alleged harassment and illegal eviction.

“In the interim, as the Committee of Physical Infrastructure handles that issue, the minister must go and put a temporary measure to stop army men from beating our people,” Among ordered.

However, Owori has dismissed the allegations first of all saying she doesn’t even have military noting that she only has a driver and a personal bodyguard because of her work.

She revealed”How can two people harass the whole community, everything she is stating is not true, in fact, she has turned our parliament into some sort of joke by making statements that are not backed by facts on the ground, if she had done due diligence with police, RDC, DPC and all other leaders who are involved, she would not be making such reckless statements.

”Opendi is a reckless Member of Parliament who is tarnishing my good name’ out of fear that I might stand against her and remove her from parliament anytime soon because of the good work that I am doing for my people in the area she represents.

“That MP is in panic, she is now thinking that am planning to stand against her, so, out of envy, she is just tarnishing my name. She is an area MP, ask her whether she has reported this matter to Resident District Commissioner (RDC) or to the police.”

Owori further revealed that Opendi is backing the same people who were behind the brutal murder OF her grandfather in 1942 and later her father in the battle for the ownership of the controversial land further noting that Opendi helped to rescue the same people from prison who are now fighting her (Owori).

”My father was Murdered, and this land belongs to my father, so when my grandfather died, the land was left in the hands of my father George William Owori, but again these same people paid some goons and murdered him as well in 1980 and on burial, these same people appeared with guns, so out of fear of what would happen to us next, we run away to Kampala till recently when I went back to fight for what belonged to my parents. So these are the people Opendi is backing.” She revealed.

Owori has since vowed to drag Opendi to court for tarnishing her name just for political gains.

”In fact, let her be warned, am going to sue her. This matter is in court, why is she running to Parliament to tarnish my name yet she knows matters are in court and the process is going on very well legally, she is just a reckless Member of Parliament who doesn’t trust courts of law. By the way that’s how people destroy other people’s names, now imagine if I didn’t have a voice,” she added.

Rushenyi MP Kabasharira Challenges The Past Regime As…