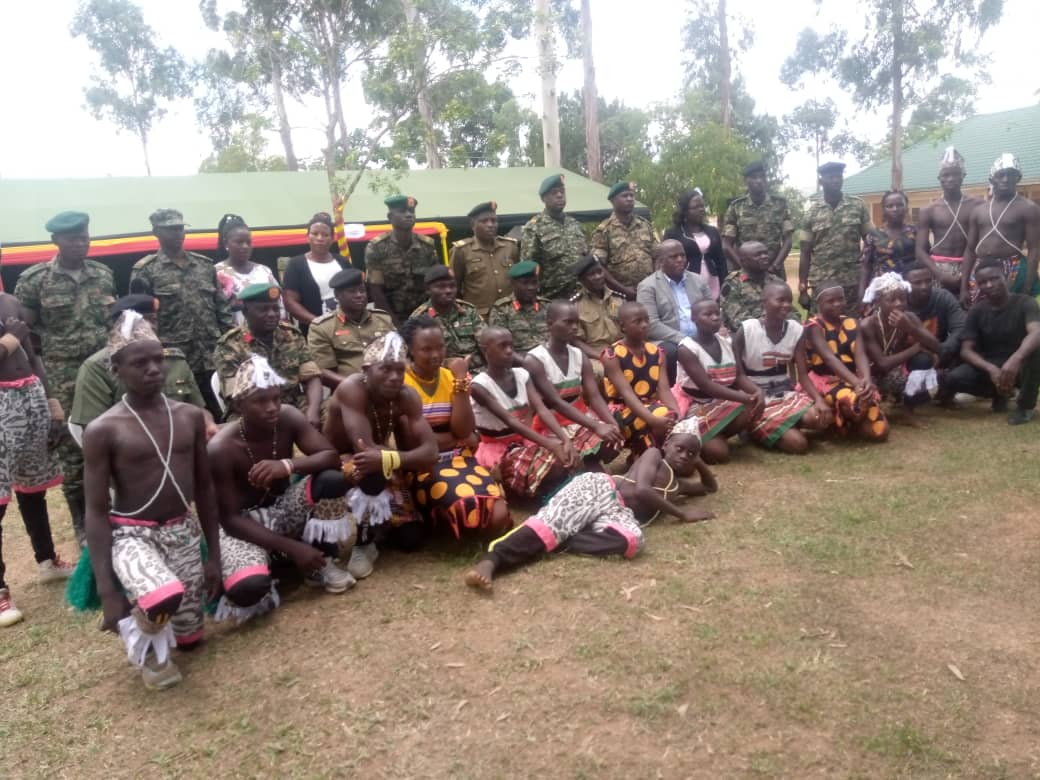 Soldiers warned over spoiling the young ones at Makenke Barracks

Soldiers at Makenke 2nd Division barracks Mbarara have been strictly warned to totally distance themselves from engaging young girls into sexual practices.

This was echoed by the twice 2nd Div. Commander Col. Francis Alagamoi during celebration of soldiers who were promoted to different ranks recently at Makenke Barracks. About 24 officers were promoted from different ranks to some levels. During his speech he warned the soldiers to stop this vice within the camp.

Col. Alagamoi said he learnt that most of the soldiers always engage young girls into sexual harassment which is a very dangerous thing to the military and the entire nation. He added this is one of the biggest battle he is going to fight first during his tenure as the commander at Makenke Barracks. Makenke barracks accommodates a numbers students who are admitted in secondary and primary schools, that is Makenke barracks primary school and Makenke Barracks Secondary school which are all operating within the premises of this barracks. It also accommodates students who are doing internships in different sectors around.

Col. Alagamoi added that what is very important is to guide these children because when they are brought to public there are many volturers around who are ready to spoil them, that they don’t care. ” We have to guide our children because we have very many volturers around, they don’t care and that is what I think the first battle am going to fight here. You officer or any soldier who want to spoil the future of the young ones you will fall in problems with me and whoever was trying this vice must pull out now because that one I will not step back. Because we have our families around and you find some parents or may be the father or mother might not be around either they had gone for a mission or they are there for other tasks outside the division therefore we need discipline and respect for our children and for the families of others” said Col. Alagamoi.

He however argued the soldiers who were elevated to some positions to prepare for their tasks and responsibilities. That if they have been doing things in a vague way they now have to do it in an organisms manner. That they have to stand and do things on principals according the military law.