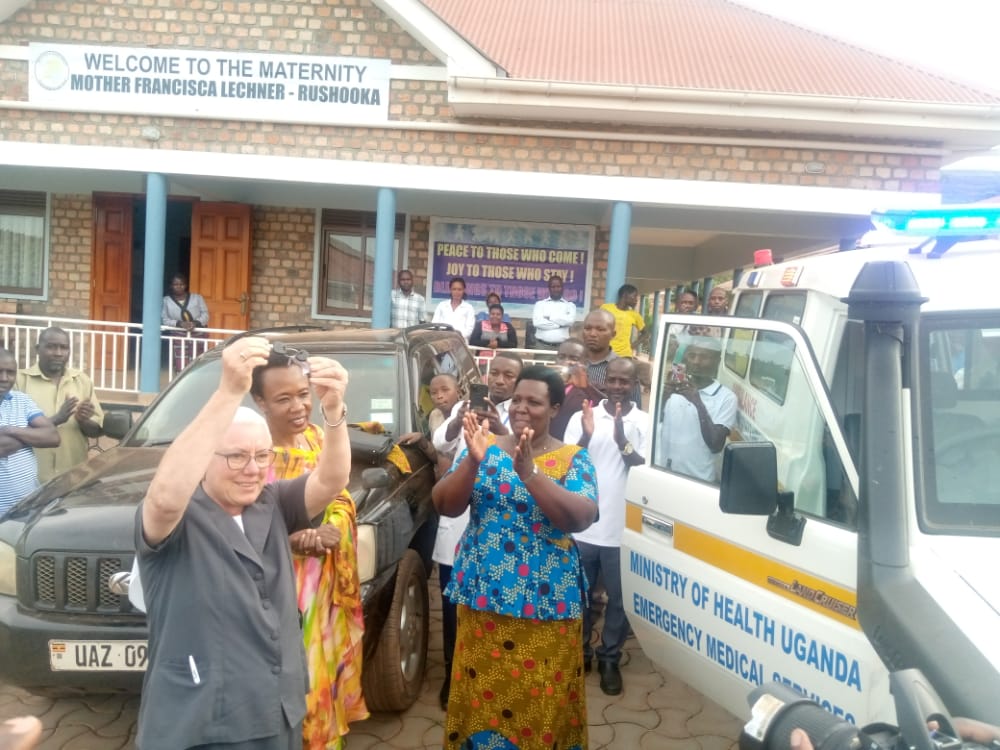 NTUNGAMO: Since Rushenyi Constituency in Ntungamo was created, there has been a challenge of health emergency vehicle until this weekend when a brand new Ambulance type B was handed over to Rushoka Health Centre 4 by the area MP Naome Kabasharira.

There has been outcry from the community for over years while locals demanding for the emergency vehicle (ambulance) to help mothers in labour and other patient emergency needs, which was not possibly done by the past regime of former MP and Minister Mwesigwa Rukutana. That all health centres in Rushenyi county have never received an ambulance in which the community have suffered and some mothers have died.

Hon. Kabasharira, said that there has been lack of serious lobbying and follow-up by the former area MP. While speaking to the community members and other stakeholders during the hand over ceremony of this ambulance at Rushoka Health Centre 4, she said that government has the capacity to give everything that the community needs , that when the area leaders like MPs fail to lobby for them or make follow-up then nothing can be delivered.

Kabasharira added that she’s committed to lobby for her people so that she brings everything from the government possibly using her capacity. She added that it was surprising that before she came in, Rushoka Health centre was fighting to be promoted to a health centre 4, and more so they had written to several offices asking for an Ambulance but was all in vain until she came in and convinced Prime Minister Robina Nabanja who helped her to promote this Health centre to a health centre 4 and now the Ambulance which has also been provided.

Kabasharira cautioned the Rushoka Health Centre medics especially the in-charge to take care of this Ambulance. That she doesn’t want to hear reports  that this Ambulance has been misused, by carrying other things instead of patients.

It is said that the equipment is mainly meant to transport patients who need emergency. She said that they have given this Ambulance to Rushoka because it is in deep areas where there is poor transport for people to access health facilities. She confirmed that Rubare Health Centre 4 will also get it’s ambulance in the next few months.

The In-charge of Rushoka Health Centre 4, Sir. Marlene said that her pledge is to put this Ambulance to the services of the community. ” I will make everything possible that is going to serve the community. And I don’t want it picking matoke, onions or pineapples and all things like that yet it really for the people, I will make sure that it helps the community”, says Sir Marlene.

One of the locals Ronald Karambuzi told journalists that they have demanded for an Ambulance for over years but nothing has ever been done by the former area MP. That as Rushenyi, they realized that they were still backward in terms of service delivery. That they were forced to remove the past regime which did not help them. ” For us we did not want many things from our leaders, all we want is service delivery, we thank Hon. Kabasharira that now she has brought for us one of our dreams of service delivery in Rushenyi county. We were hardly lacking an Ambulance in our community, thank God that this has been fulfilled”, says Karambuzi.