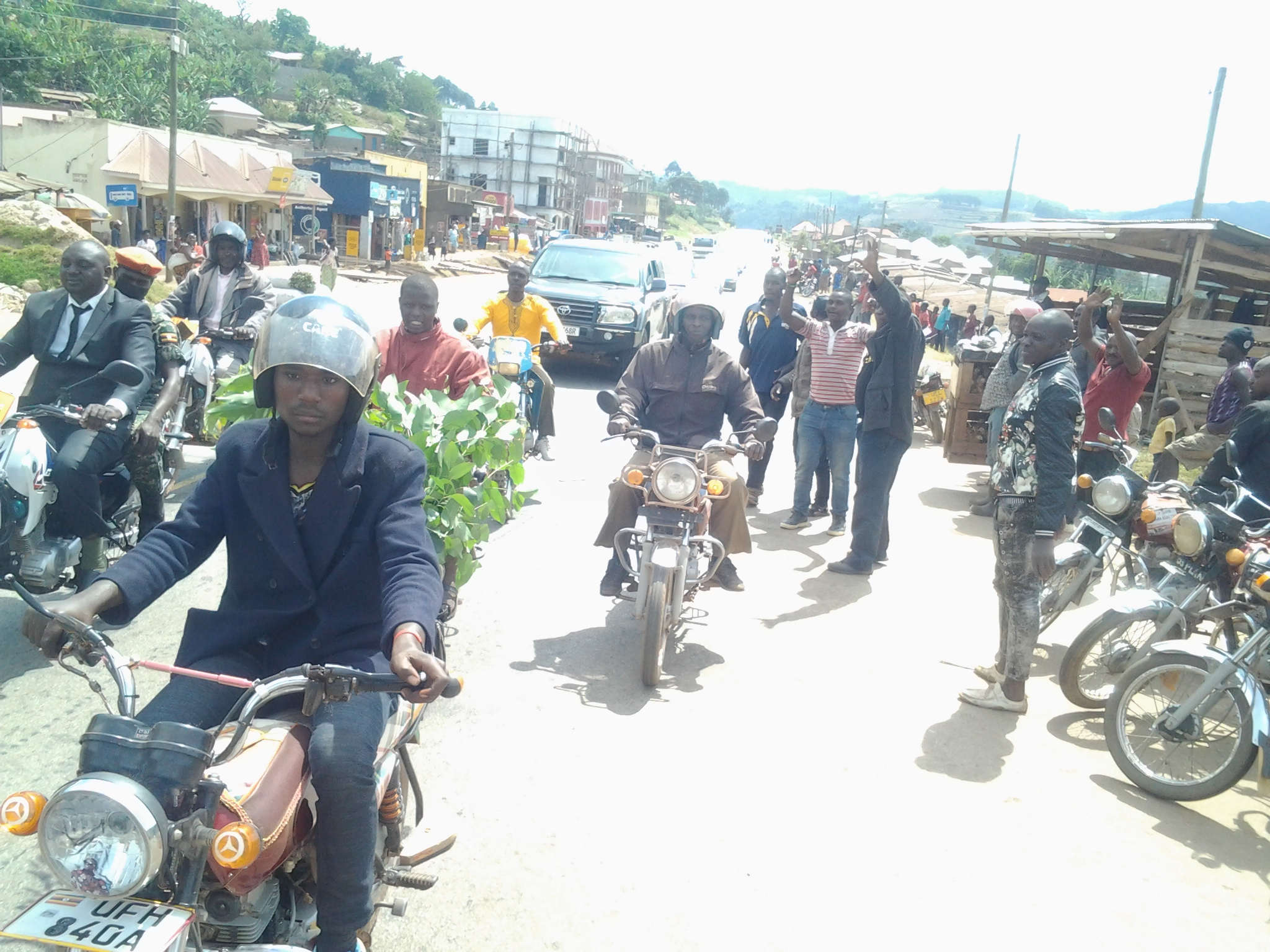 Thousands of people in Rukiga District  on Sunday converged at Mbarara- Kabale road to welcome Hon Kamusiime Caroline Muhwezi for the mega post of the first vice President women’s caucus bureau in the Pan African Parliament.

On 12th July 2022 she was surprised by her honourable colleagues as they welcomed her back into the country and congratulated her upon her election as 1st Vice President of the Women Caucus Bureau of the Pan African Parliament in Midland South Africa.

She added that the pan African Parliament in Midland South Africa has nicknamed her as the pastor because of her behaviour.

“Nothing was going to happen if I had not put God first,” Kamusiime added.” She said she was also surprised at being unopposed as the chairperson women caucus representing eastern region.

She further promised to continue lobbying for Rukiga district at the international level.

Twiine Deo the vice chairperson NRM Muhanga Town council with a lot of joy applauded the legislature for her endless efforts in their district.

Twine added that the position attained by the legislature is a blessing towards the development of the District.