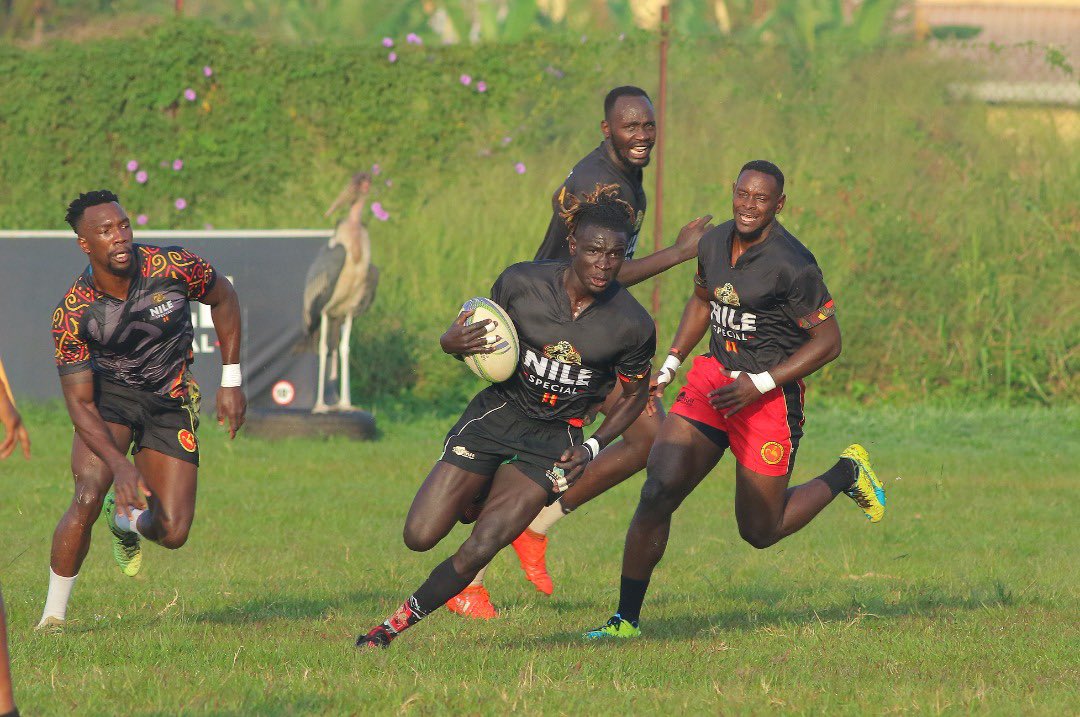 Uganda Rugby Cranes Sevens Head Coach Tolbert Onyango has on Wednesday named the final 12-man squad for the 2022 Rugby Africa Men’s 7s that will be played on Saturday, 23rd and Sunday, 24th at Kyadondo Rugby Club in Kampala.
The side is filled with experienced charges led by Philip Wokorach who’s based in France.
Five players will be making their debuts at the continental event, that is; Karim Arinaitwe, Desire Ayera, Ivan Claude Otema, Kelvin Balagadde and Timothy Kisiga. The five are all local based and have been exciting at club level in the short format of the game.
The hosts will be captained by veteran player Michael Wokorach whilst Ian Munyani is Vice Captain.
The Africa Men’s 7s will feature 14 teams, that is defending champions Kenya, hosts Uganda plus; Ghana, Burkina Faso, Tunisia, Senegal, Mauritius, Botswana, Zimbabwe, Namibia, Zambia, Madagascar, Cameroon and Burundi.
The showpiece is a qualifier for Commonwealth Games and 7s Rugby World Cup. The first two teams will make it to the Commonwealth Games scheduled for July in Birmingham whilst all the podium finishers will get tickets to the global event scheduled for September in Cape Town.
Uganda last hosted this tournament in 2017 and won it and hope that history repeats itself.
Nile Breweries Limited through the Nile Special brand are the tournament lead sponsors. The partners are; Century Bottling Company, Speke Resort Munyonyo, SMCG Wines, KCCA and the National Council of Sports.
Final Squad
1. Ian Munyani
2. Adrian Kasito
3. Balagadde Kelvin
4. Philip Wokorach
5. Kisiga Timothy
6. Michael Wokorach
7. Desire Ayera
8. Aaron Ofoyrowth
9. Massanganzira Isaac
10. Okeny Nobert
11. Claude Otema
12. Karim Arinaitwe.
*Coach: Tolbert Onyango.

40 yrs old man murdered by his own…

POLICE VEHICLE INVOLVED IN AN ACCIDENT, ONE DEAD