Kisoro – Engineers from the ministry of works and transport on Thursday inspected the state of Kanyamateke bridge in Gikoro village, Buhozi parish, Busanza sub-county in Kisoro district.

The engineers were accompanied by the state minister for gender, labour and social development in charge of children and youth affairs.

Patrick Osele, the principal engineer in the department of roads and bridges in the ministry of works and transport says they are going to prepare the inspection report, prepare design and make estimates that will be submitted to the management of the ministry for decision making.

Hon. Sarah Nyirabashitsi Mateeke the Kisoro district woman Member of Parliament who doubles as the state minister for gender, labor and social development in charge of children and youth affairs says sorry state of the bridge has greatly affected the mobility of people from Busanza to Kirundo and vise vasa

She said she would wish the bridge to be worked on early before it claims any life.

“If the money would be coming from my pocket, the work on this bridge would even start tomorrow to save people’s lives,” said Hon. Sarah Nyirabashitsi.

Minister Nyirabashitsi said that the bridge was in 2011 included in president Museveni’s manifesto when she was also the Kisoro woman Member of Parliament, but it has never been  worked on until now.

Jorum Hagabimana the Busanza sub-county said that he took photos of the bridge which he took to the office of district engineer who wrote to the ministry and a carbon copy was given to Hon. Sarah Nyirabashitsi who followed up the issue until the engineers from the ministry came on ground.

Hagabimana is now asking the government to speed up the process of construction to reduce on motoring costs and accelerate inter-sub-county connectivity.

He also commended minister for her tireless work in Kisoro district.

Residents of Busanza and Kirundo sub-county said they the current state of Kanyamateke has become a death trap because the makeshifts are about to collapse. They said they no longer use trucks to cross with the goods.

“We fear to cross over this bridge because of its state; the government should work on it to save us,”Residents say.

Habumugisha Venant a resident said there is a passenger who was on a motorcycle who fell into the river but  was rescued by people who were around.

Emmanuel from Rugambwa said they struggle to cross while taking patients to the hospital.

Engineer Patrick Osele also inspected Maziba –Ruhanda-Gihuranda road that was destroyed by Ntebeko seasonal river from Mountain Muhabura. He said that the level of the road has to be raised and the channel widened to prevent water from damaging it and the bridge.

“We really commend the minister for minding us and bringing the engineers to this road. We ask the ministry of works to work on this road because it has harmed May people and their property,” Ndayambaje said. 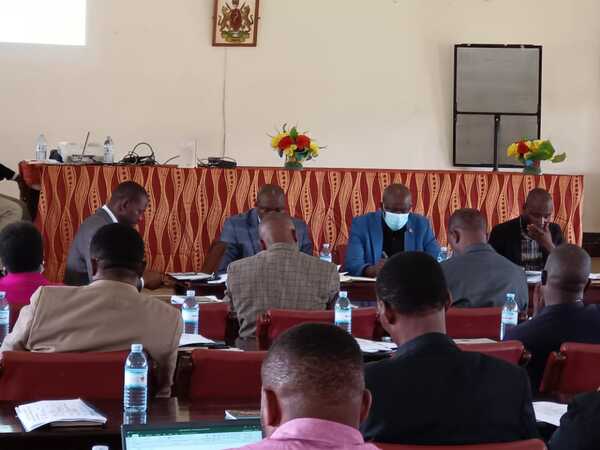 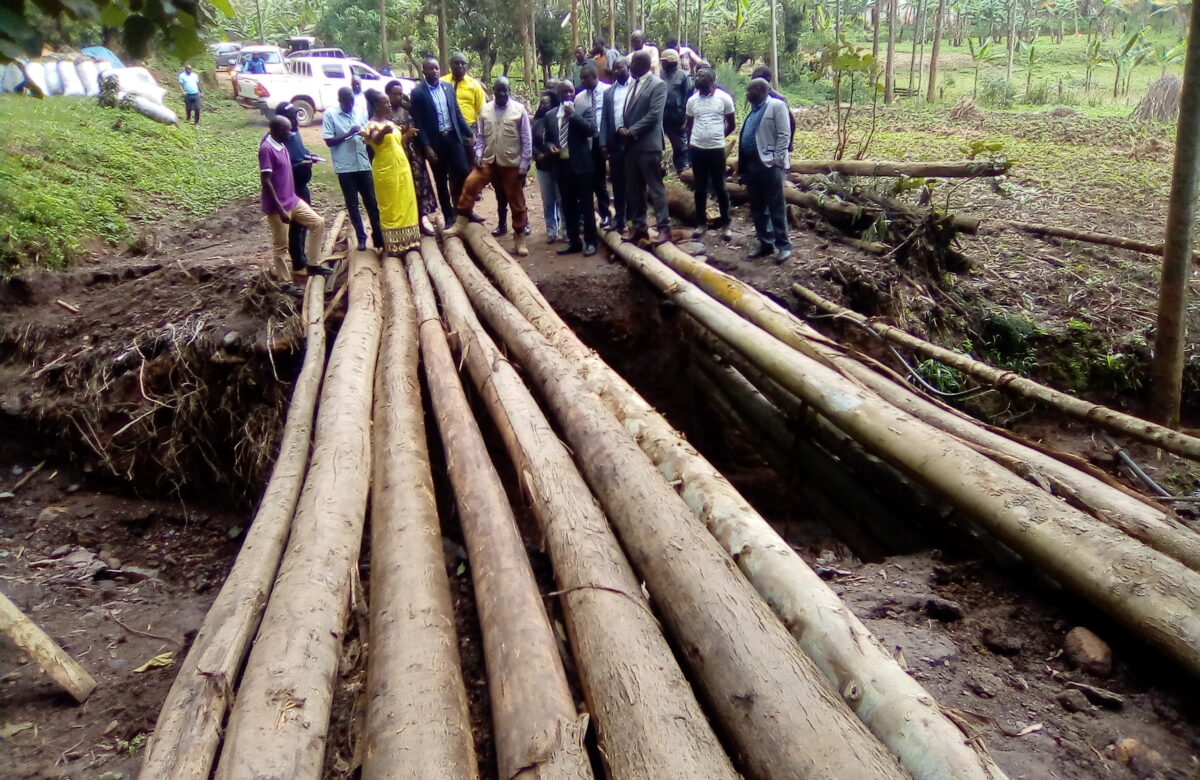 Rukiga District Grapples with Poor Road Infrastructure Due to…