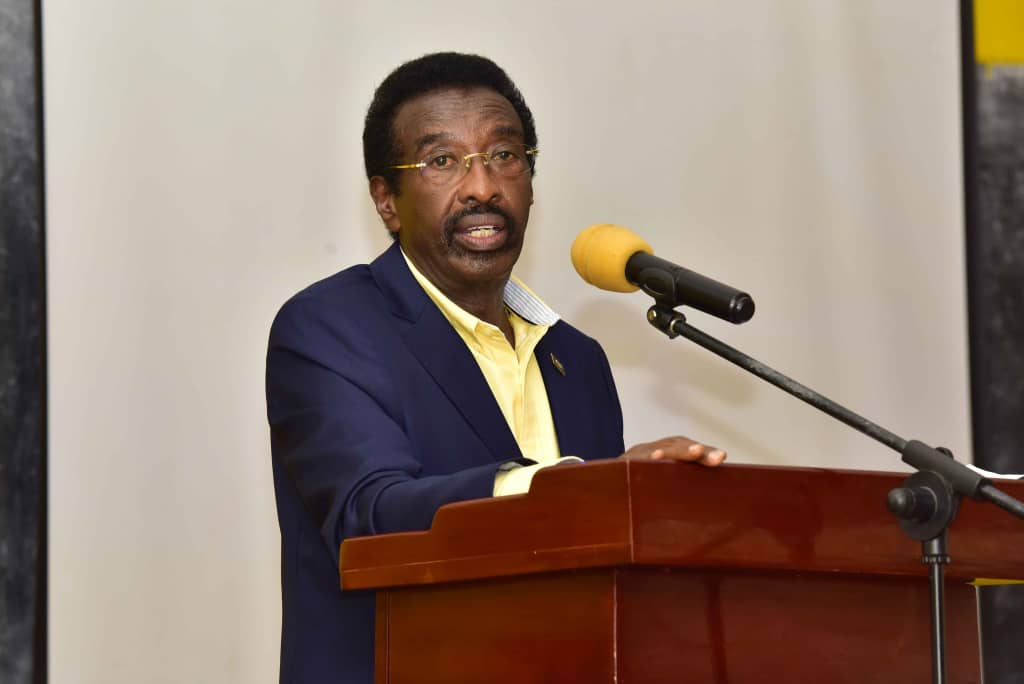 RDC’s & RCC’s Tipped About Their Role in National Security

Resident District and City Commissioners have today Saturday completed their refresher training course in Kyankwanzi and also managed to interact with Maj. General Jim Muhwezi as part of their induction. Since Monday, these representatives have been camped at the National Leadership Institute where they interacted with various facilitators to enhance their capacities in the various spheres of administration.

On Friday 29, Muhwezi took participants through the current situation in the country with regard to security and intelligence for social economic transformation. He reminded RDCs that they are key stakeholders in the political stability of the country who needed to understand the history of the country, the present and the future so as to make informed decisions while executing their mandate.

Unlike in the past where security was confined in the context of State preservation against foreign aggression, protection of territories and regimes in power, Muhwezi noted that the term has since been broadened to encompass other spheres such as human security.

He faulted the belief that national security is a preserve of the military, but all the national instruments of power, including RDCs. For any country to ensure National Security, it must invest in her military and intelligence capabilities to further her National interests..

On the relationship between national security and development, Muhwezi said the two are inter-twined and development without security is unsustainable and the other way round. He further explained that security strife spurs stunted development as it leads to diversion of resources meant for development to finance wars.

To have and keep a stable society, Muhweezi indicates that it requires professional security and intelligence organizations that base their support on the population and that such is why UPDF and other sister agencies have been successful.

He took them through the period of the country’s ugly past which was characterized by lack of freedoms and state sponsored terrorism. This, he says continued even after independence. He prominently figured out the 1980 general election that provoked President Museveni into the bush after massive rigging. This gave rise to the rebirth of the country with new freedoms through the 1995 constitution and restored peace.

That the ten point program was also introduced to spur economic recovery, a professional army and intelligence services put in place along with popular democracy structures known as resistance Councils. Also programs to rehabilitate war ravaged areas were embarked on.

Due to the good ideology of the NRM, the Minister says the country has largely remained stable with pockets of insecurity such as terrorism, mobilization for civil disobedience by reactionary groups,crime in form of armed robberies,murders, drug trafficking, among others being managed. As a way forward, the General suggested to ensure the protection of the country’s strategic interests as reflected by the NRM ideology.