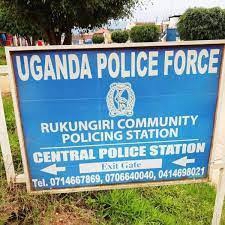 Police in southwestern district of Rukungiri are investigating circumstances under which 10 Suspects Escaped from Rukungiri Police cells.

It’s alleged that on Friday morning 24th June, at around 2: 28am at Rukungiri Central Police station (Cps), Suspects in male cells raised an alarm claiming one of them had collapsed and needed urgent attention. Then a male cells guard No. 039 SPC Mujurizi Christopher not knowing it was some trick by prisoners, opened the cells to check and suddenly the suspects pushed him and dashed out of the cell and ran towards the Charge office door.

Other officers who were present at counter rushed to prevent the escape by closing the door but already 10 of them had ran out and headed towards different directions in Rukungiri town.

Maate added that, the two officers who were in charge have been arrested, these are; No. 25907 Sgt. Muhozi Boniface, who was in charge counter and No.65635 Pc Masereka Wilson, the station guard, both of whom were not on duty for unknown reasons. A case file has been registered at Rukungiri CPS SD REF 02/24/06/2022.

The public has been asked to cooperate and if any of those suspects are seen anywhere within the community, they should accordingly alert the nearby police or local leaders so that the escapees are re-arrested.