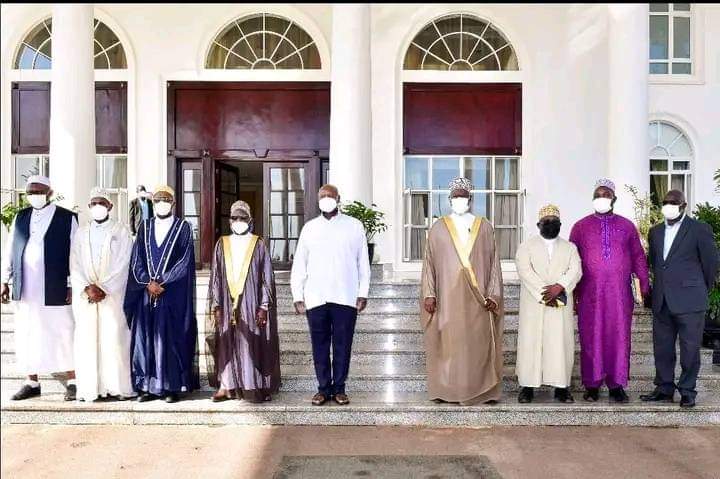 President Yoweri Kaguta Museveni has said that the National Resistance Movement (NRM) has since time immemorial preached unity among the people because they discovered that unity is strength. He said this while commending the Moslem community and leaders for uniting and he was happy to see that the Muslim community had reached this unity.

The President made the remarks on Tuesday afternoon while meeting Muslem leaders from all sects of Old Kampala, Kibuli and Nakasero who called on him at State House, Entebbe.

The delegation headed by the Mufti of Uganda, Sheikh Shaban Ramathan Mubajje was at State House to brief the President about an agreement reached between the factions and uniting as one body.

Stories Continues after ad
Sheikh Mubajje, told the President that they signed a Unity Agreement between Uganda Muslim Supreme Council (UMSC), the Kibuli group and the Nakasero group to unite as one body at a function held at Gaddafi National Mosque in Kampala.

President Museveni commended the Moslem groups for this action and noted that different people have different talents and abilities which are useful only when they come together.

“The eight years I spent fighting Amin, I was actually helped by Moslems like Abbas Kibazo of Kibuli, Zubair Bakali, among others, therefore uniting with all groups including Moslems helped us win because unity is power,” the President emphasized.

Responding to the Moslem leaders appreciation for the appointments of Moslems in key Government positions, the President said that he looks for good people from wherever they are found.

He promised to support upcoming activities of Moslems that include, the Annual General Assembly (AGM) where they will elect new leaders and the ongoing collection of ideas from around the country for their Constitutional review process.

President Museveni asked the Moslems to actualise the idea of constructing a seminary that will help to train Moslem leaders here in Uganda.

Mufti Mubajje thanked the President for sparing time to meet them and commended him for his tireless efforts to unite all Moslems in Uganda that has in the end yielded good results.

Thank you, Your Excellency for your efforts of uniting all Moslems in Uganda and thank you also for trying to unite the region and Africa. You have helped us to see that Moslems unite since the time you initiated the Kabwegyere commission,” Mubajje said.

Mubajje revealed the genesis of their conflicts that started when a Moslem property at William Street was sold to local business man, Drake Lubega, until President Museveni intervened and rescued the property back to Moslems.

“First, the disunity was as a result of William Street property. It was in the courts and after, you agreed to pay off Lubega and the property is now helping us. Money from that building is now helping the regions to run some activities,” he said.

The Mufti added, “We have sat down on both sides to forge a way of uniting and talking to each other. We now confirm that we have reconciled and that’s why we are here all together to inform you of this development.”

He said that the Kabwegyere commission recommended a lot of things to implement and they have agreed upon them all together because they now believe in unity and development.

“We signed a document agreeing to unite. We even left Old Kampala together. We are now all together as the Uganda Moslem community,” Sheikh Mubajje explained.

He revealed that as they plan a Constitutional review, at the same time they are organising for the upcoming general assembly that will lead to elections of new leaders.

“I want, once again, to thank you for appointing our people in key Government positions in the recent deployments and appointments. I want to assure you that this time Moslems are happy and contented,” he assured the President.

Others were Hajji Ramanthan Mugalu, Hajji Faruk Kamulegeya and Masaba Muhamood. All these leaders commended President Museveni for the efforts put in the whole process until their unity was realised.

“I am happy to see you. We are here to tell you that we have united. You are the one who put efforts in this,” Sheikh Kamulegeya said.

The delegation revealed to the President that a trustee committee is going to be instituted with an aim of looking after the Moslem properties as per his advice and counsel.

They also thanked the President for fighting the Covid-19 pandemic successfully and said he used Moslem teachings on fighting pandemics. 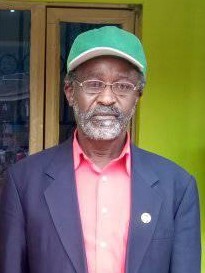 No need to celebrate liberation day, president Museveni and… 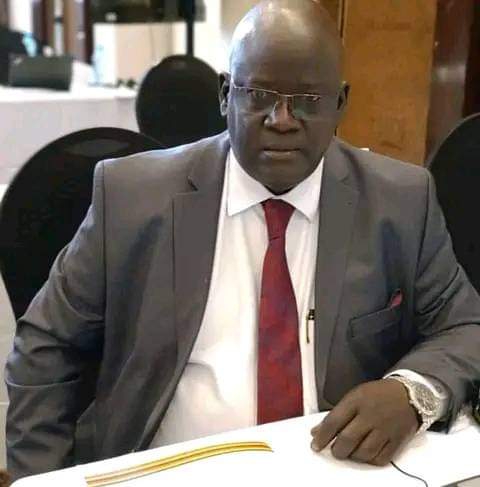