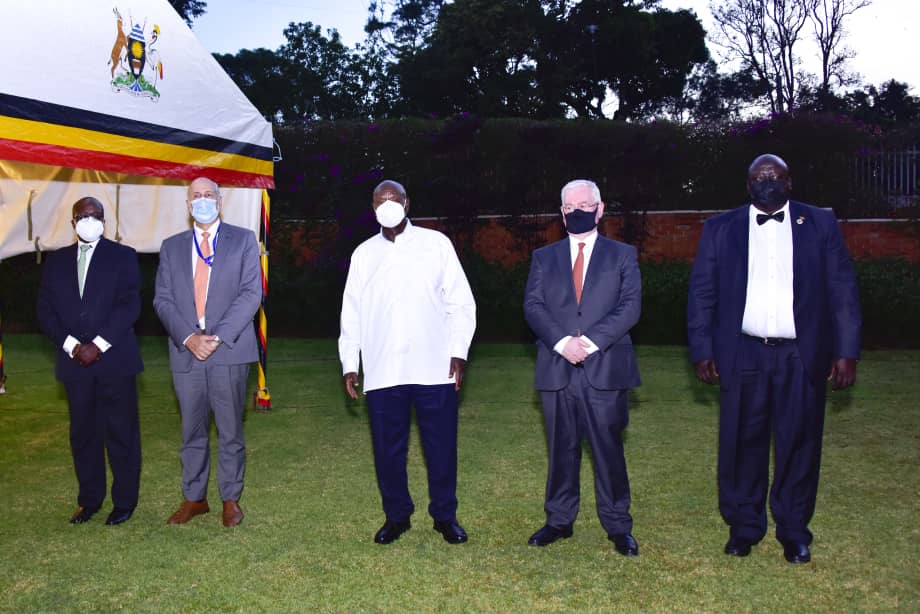 President Yoweri Museveni, who is also the Commander in Chief of the Uganda People’s Defence Force (UPDF), on Wednesday hosted and held discussions with the European Union (EU) Special Envoy for Human Rights at State House, Nakasero.

The issue of torture was the centerpiece of the discussions.

During the meeting, President Museveni told his guest that the problem with Western Europe and the United States is their superficial approach of handling issues.

“You know me I am an old-time freedom fighter. There is very little I don’t know here in Africa and other parts of the world,” he said.

He recounted that torture has four sources including; the Traditional Source where many parts of Africa are pre-capitalist and they do not understand the liberal values of society which were part of the 1789 French Revolution in Europe.

“We have got a traditional society to which we are introducing ideas of democracy which they accept because it helps them to deal with extreme pressure from the rulers. If the rulers are very bad, then they can react,” Museveni elaborated. He revealed that in part of the tradition, a wrong doer is beaten. The President accused the British to be the second source of torture because while they were here, they demonstrated torture through their colonial system.

“This act also existed in Europe. They were caning children and giving corporal punishments in schools and it was introduced here by the British,” he said.

The President told his host of a local proverb “Akabwa akabbi kasasula mugongo” meaning that a stealing dog pays with its back. “If you find a dog stealing your food, you beat it. Therefore beating thieves, wrong doers is traditional culture. Note that these soldiers and police men are from that society,” he added.

He gave two reasons for the traditional source of torture namely; to make the culprit to confess and to punish the culprit for committing crime. Here, he said that the proprietors of torture are the judges, the arrestors, the investigators and the prosecutors.

“They take the law into their hands, they can do mob justice especially to a thief”.

Thirdly, the President said that the unresponsive judicial system which is copied from the Western world is responsible for torture. He gave an example of many European countries which abolished a death sentence but our people here cannot agree with it. He elaborated that when one suspected to have killed or raped someone, and is given court bail and is seen walking, that’s a provocation to the people.

“The suspect is automatically attacked by the mob and killed claiming that the judicial system is useless. It is better they take the law in their own hands. We also don’t agree with your practices like abortion, and homosexuality.”

The President said the fourth source is using traditional justice where one applies the law of Moses-the law of revenge.

“For them, it’s an eye for an eye. If you kill my brother, I must kill you, or if I don’t kill you, I will kill the one near you.”

“This is called ‘okuhoora’ in one of our traditional language. If your group doesn’t want to be attacked, it must approach the king and it’s asked to pay a number of cows to the family of the deceased,” he elaborated.

The President then assured his guest that Government has embarked on mechanisms to curb torture including; Political methods-where they sensitize, educate and introduce the “police man of the mind” to deal with the mind before emphasizing the “police man of the body”-that is, accountability, meaning punishing the one who made a mistake.

” Because we already have everything in writing like the Standing Orders of the police. Everything is clear but they have not yet internalized the concept.”

The other is administrative method where the culprit is punished after being sensitized and educated. He cited an example on the November 18 and 20, 2020 just before the General Elections when there were riots in Kampala and a few other places.

“They were suppressed by the police, but also some elements of the army and commandos who entered the riots. We noticed some mistakes and I called conferences of police officers, the army and the commandos and sensitized them and they must have captured the concept.”

He relayed another method of restorative justice by compensating the wronged persons and also reconciliation of the wronged with the one who wronged them.

The President added that once the offender refuses to change, he is executed like some soldiers who were executed for killing people.

The C-I-C of UPDF stated: “If we can handle the problem of terrorists then this one is simpler. We know what we are doing. We were able to build an army with villagers because we have the techniques of building our people from traditional to semi-modern society. And to know how serious we are, our army has been in Somalia for ten years now and still have good relations with the public yet the Somalis are Moslems and our army is composed of Christians.”

In reply, H.E Gilmore first extended his sympathy and that of the EU to the President and people of Uganda for the untimely death of the Rt. Hon. Jacob L’Okori Oulanyah, the former Speaker of Parliament, who was Member of Parliament (MP) representing Omoro County Constituency in Omoro district and the National Resistance Movement (NRM) Vice Chairman for Northern Uganda.

H.E Gilmore expressed appreciation to the President for the answers and the cooperation they have received from the Government of Uganda and the willingness of Uganda’s ministers and officials to enable them discuss important issues on human rights.

He said visiting the country is part of the regular visits he undertakes to countries in all parts of the world to discuss with Governments and civil society issues of human rights.

He said that they were in the United States last week and will be in Egypt next week.

He was impressed on the techniques President Museveni has applied to eliminate torture more so in the prisons and “detention centres”.

The EU Representative also congratulated the President upon uplifting the standard of living of Ugandans taking into consideration the country’s reputation such as resisting homosexuality and abortion.

He further applauded the President for introducing Universal Primary Education (UPE), Universal Secondary Education (USE) and, most importantly, accepting pregnant girls and those with kids to go back to school after COVID- 19 lockdown.