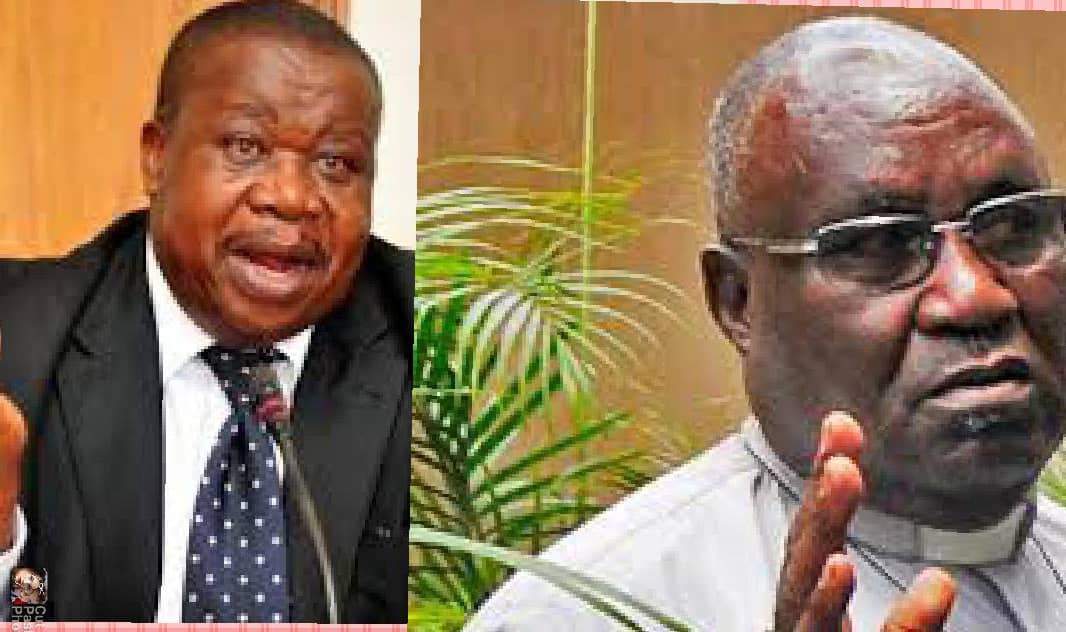 Rev. Fr. Gaetano Tibanyenda, the outspoken Kitanga Parish Priest in Kabale Diocese has trashed Gen. Kahinda Otafiire’s statement that poor people would not go to heaven. Otafiire, the Minister of Internal Affairs while addressing a cross-section of local leaders and residents at Manafwa district headquarters last week, allegedly said that poor people were a liability to God and the government.

“I am neither a pastor nor a reverend, but I can assure you that the poor will never step in heaven,” Otafiire said, adding that it was the poor, who were ever grumbling against God and when they appeared before Him, they would complain why God denied them earthly possessions. “It’s very difficult to administer poor people,” Kahinda said, arguing that while the rich could afford everything, the poor easily succumbed to temptation to sin in their quest for what they did not have.

However, Fr. Gaetano, who is also the Chairperson of the Interreligious Council of Uganda (IRCU)-Kigezi Region has described Otafiire’s words as ‘reckless’ and ‘blasphemous’. “I would like to remind Minister Kahinda Otafiire that it’s Government thieves who will go to hell where they will gnash their teeth, not the poor,” said Fr. Gaetano.

While quoting the Biblical story of Lazarus and the rich man in the Gospel of St. Luke Chapter 16, Fr. Gaetano told Otafiire that “majority of the rich people’s destination is hell,” while the poor may have their place secured in heaven, as explained by  Prophet Abraham in Luke 16:25. The priest also referred Otafiire to Mathew 19:24, where Jesus told his disciples that “it is easier for a camel to go through the eye of a needle, than it is for a rich man to enter the Kingdom of God.”

Fr. Gaetano further said that Otafiire’s words were a mockery to Ugandans who had been reduced to poverty by a corrupt regime. “Who has made Ugandans poor? Isn’t it the Corruption in the NRM Government where Otafiire is a top official? He should actually apologize to both God and Ugandans for his reckless and blasphemous statements,” said Fr. Gaetano. In the first half of 2021, the Finance Ministry reported that 28 % of Ugandans were living in poverty, while 39% were still in the subsistence economy (earning from hand to mouth).

A 2018 report by Charity organization Oxfam International, indicated that in Uganda, the rich had grown richer while the poor grew poorer in the last two decades, despite the overall economic growth. Oxfam International reported that 10% of the richest people in Uganda enjoyed over one third (37.5%) of the National income, while the poorest 10 percent Ugandans claimed a meagre 2.5%. The report further indicated that the portion of the income held by the 10% poorest Ugandans was declining at the same rate as that at which the income held by the 10% richest Ugandans was increasing.