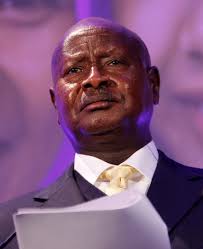 KAMPALA — Politicians from across the political divide have taken to social media to mourn the passing of Jacob Oulanyah who only served as Speaker of Parliament for nine months and 24 days.

Oulanyah who has been struggling with ill health for some time, passed on Sunday morning in United States of America.

His death was confirmed by President Yoweri Museveni in a thread of tweets.

Minutes after the news broke, Ugandans from all walks of life including politicians expressed their shock at the news describing Oulanyah as one who led a people centered government.

Leader of Opposition Mathias Mpuuga in a tweet said: It’s with great sadness that I received the news of the passing of the Speaker of Parliament, Rt Hon Jacob Oulanyah”.

“Deepest condolences to his family, friends, the Parliamentary fraternity, the people of Omoro and the NRM that he served as Vice Chairman in Northern Uganda.

May his family find fortitude in the Lord who gives and takes; and in His magnanimity grant our dear brother eternal rest!” Mpuuga wrote.

Former Speaker of Parliament Rebecca Kadaga sent her “sincere condolences to the children, the mother and other members of Rt Hon Oulanyah s family as well as friends and relatives The NRM party, the Parliament and the Country have lost a key leader Condolences to HE the President”.

The Opposition Forum for Democratic Change (FDC) wrote:
“We are saddened to hear of the loss of the Speaker of Parliament @JacobOulanyah.”

” Our heartfelt condolences to the family, friends, relatives and the parliament fraternity. Rest in peace Jacob!” the party wrote on Twitter.

Lawyer Phiona Rwandarugali, the East African Legislative Assembly (EALA) Member of Parliament for 2022-2027 wrote: “It is with great shock and sadness that we learn of our Speaker the Rt. Hon. Jacob Oulanyah’s death, may the good Lord comfort his family, friends and Ugandans as a whole. May we all take comfort in the word of our Lord in Phillipians1:21 God rest his soul in Peace.”

Burundi President Gen. Evariste Ndayishimiye wrote:
“It is with sorrow & sadness that I learned today of the death
Rt. Hon. Jacob Oulanyah, the Speaker of the Ugandan Parliament. My deepest condolences to his family, to my brother Mze @KagutaMuseveni & to all the people of #Uganda. The people of Burundi are mourning with you!”

Chris Baryomunsi, the Minister of ICT and National Guidance wrote:

“I convey condolences to the family of Rt Hon Jacob Oulanyah, Govt, Parliament, the people of Omoro County, NRM party and all Ugandans. May his soul rest in eternal peace.”

Security Minister Jim Muhwezi wrote:
“Uganda has lost a great Leader. Rt. Hon Jacob Oulanyah was such a jolly, friendly, and charismatic Speaker of the house.
A cadre of the revolution whose contribution is unmatched.
My thoughts and prayers are with you and your family.
Rest in Peace, Comrade.”

” Very saddened by the passing of our Speaker Rt. Hon. Jacob L Oulanyah. A principled man who steered the house with humor and confidence. Sincere sympathies to the family, relatives and friends. We shall miss u RIP Rt. Hon. Speaker,” Sheema North MP Dickson Kateshumbwa wrote.

Mps To Elect New Speaker Before Next House…