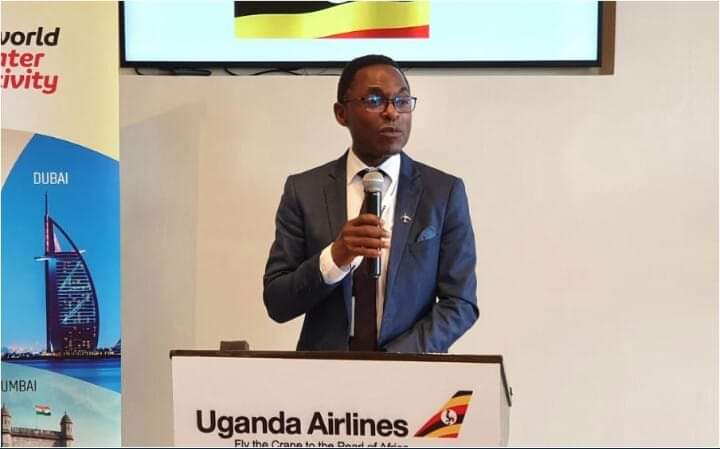 PAY ME UGX3.5B FOR KICKING ME OUT OF OFFICE – FORMER UGANDA ALIRLINES BOSS

Cornwell Muleya, the former Chief Executive Officer (CEO) has dragged the national airline over unlawful suspension and termination of his employment.

Through his lawyers; Muwema & Co Advocates, Muleya says that there was no factual, contractual or legal basis for the National carrier’s impugned action of disregarding the due process when it unlawfully suspended and subsequently terminated his contract of employment.

According to a notice from his lawyers dated 28th March 2022, Muleya is seeking UGX3.5b in damages, payment of arrears, and other costs from the Airline; of which failure will lead to legal action.

He says that he was not accorded an opportunity to respond to the allegations nor he was he heard before sending him on a leave of absence.

“Despite the above glaring irregularities, our client was directed to keep away from the company premises without any lawful or just cause,” the notice of intention to sue reads in part.

Our efforts to reach Shakila Rahim Lamar; the National carrier’s Spokesperson were futile as her known phone contacts went unanswered by the time of filing this report. We shall keep you posted!