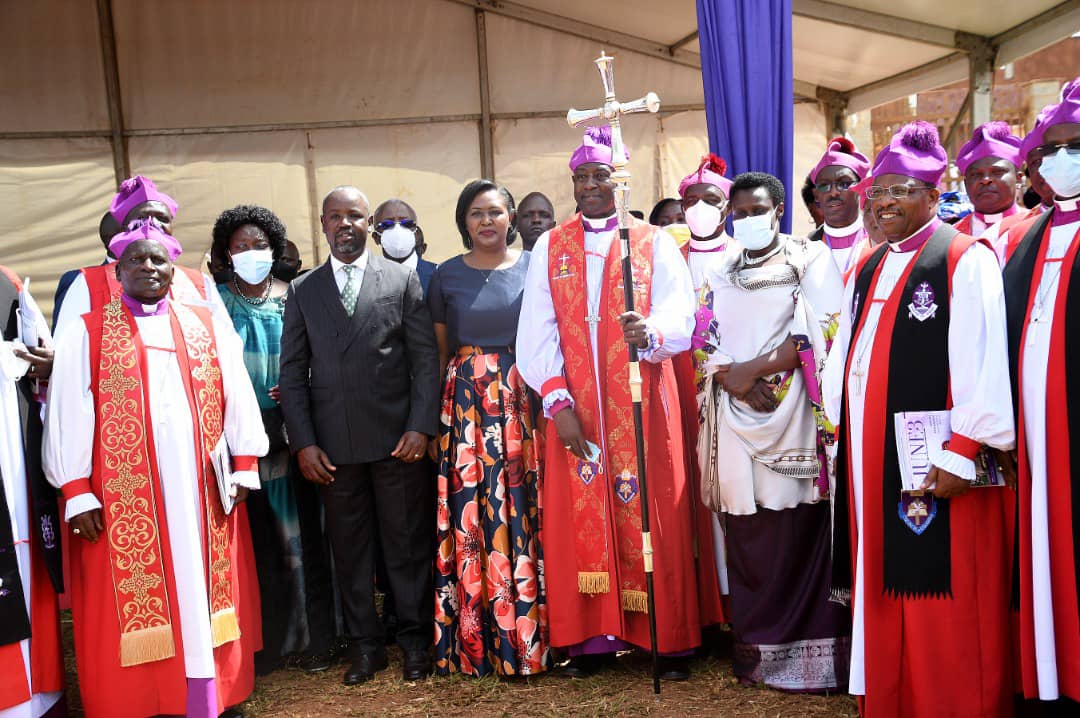 Deputy Speaker Thomas Tayebwa has reiterated Parliament’s stand on the protection of marriage in line with the religious and traditional foundations of Uganda.

Speaking during Uganda Martyrs Day celebrations service at the Anglican shrine,Nakiyanja-Namugongo in Wakiso District, Tayebwa said the 11th Parliament like the previous ones will not legislate to weaken the institution of the family.

“I would like to pledge to you that under our leadership, Parliament will protect the sanctity of the Lord, the strong beliefs we have as Christians and a believing country, and we shall ensure that the institution of a family is protected because we believe that is a strong foundation for a country like Uganda” Tayebwa noted.

The Deputy Speaker accompanied by his wife Mrs Anita Rukundo Tayebwa, represented the legislature at the Anglican Shrine while Speaker Anita Among attended the mass at the Catholic shrine.

Tayebwa said that Parliament while executing on its Constitutional mandate, will not shoot beyond the margins of the laws and religious beliefs in Uganda.

“So, Parliament will not be used to do that and we shall ensure that we indeed protect that institution” he added.

In Uganda, the future of a family is considered continuous with blessing of marriages that result into procreation in fulfilment of God’s biblical command and the norms of the different cultures in the country.

Tayebwa who and his wife contributed Shs50m towards supporting clearing of the Church House loan, assured Archbishop Dr Stephen Kazimba Mugalu that Parliament will continue committed to working with the religious institutions.

In the presence of Rebecca Kadaga the former Speaker and current 1st Deputy Prime Minister, Tayebwa said under the current leadership of Parliament will give priority to budgetary allocation the government tables in respect to supporting the Church.

“I am personally here to recommit the 11th Parliament of Uganda that we shall build on the strong relationship that our predecessors set or laid foundation. Under the leadership of Rt Hon Anita Among and I, we shall ensure that relationship is strengthened” he emphasized.

He rallied everyone present to support the Church financially in order for it to meet its financial obligations and also successfully run its projects.

Parliament of Uganda has been very supportive of this year’s Uganda Martyrs Day celebrations where mammoth crowds return to Namugongo for the first time after the government eased the Covid-19 related lockdown.

Speaker Among and Deputy Speaker Tayebwa on behalf of Parliament last month handed over financial contributions to the Greater Ankole Bishops who have been organizing on the side of the Anglican Shrine and also to Fortportal Diocese that has led the Catholic celebrations.