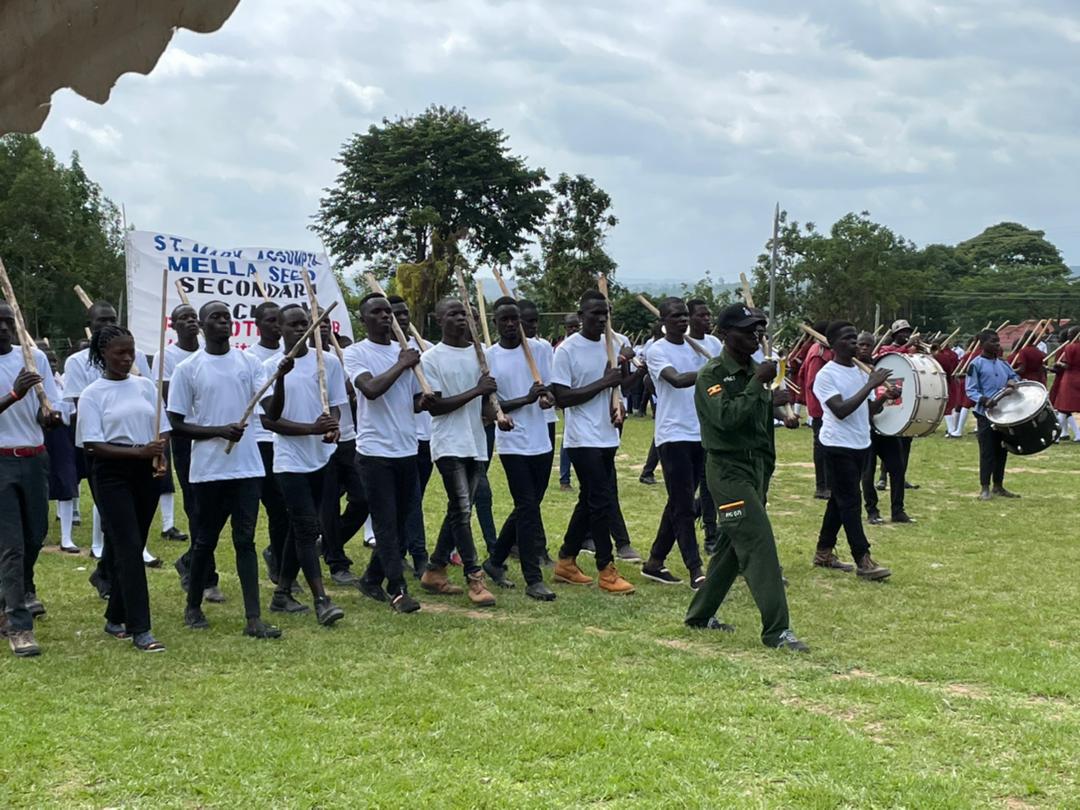 Over 6158 Trained in Patriotism Course in Tororo District.

A total of over 6158 patriots have been trained in patriotism course and passed out by Tororo District. This patriotism pass out has been in phases as the last batch of 615 pass out was on Tuesday at Tororo technical Institute making a total of 6158 patriots. The same pass out has been done in different schools like; Asinge SSS, Malaba seed school, and St. Mary Assumpta mella seed school all in Tororo District.

According to Tororo Deputy Resident District Commissioner (D/RDC) Amula Albert, the main purpose of this training is aimed at boosting and equipping them as responsible and resilient citizens especially Patriotism for a social transformation and modernisation.

The RDC called upon the new patriots to implement what they have been taught during the patriotism training so as to be responsible and resilient citizens. He reminded them to provide security and vigilance at their homes so as to improve on security in their areas.
Amula, further urged parents to send children to school since the turn up at schools is very low because parents are neglecting their role of sending children to school.

The Patriotism coordinator for Tororo district, Mr. Luke Emuron, who is the Headmaster of St Peters College Tororo urged the patriots to remain patriotic to the nation and uphold patriotic values at all times. He also urged the head teachers to support patriotism clubs in schools.