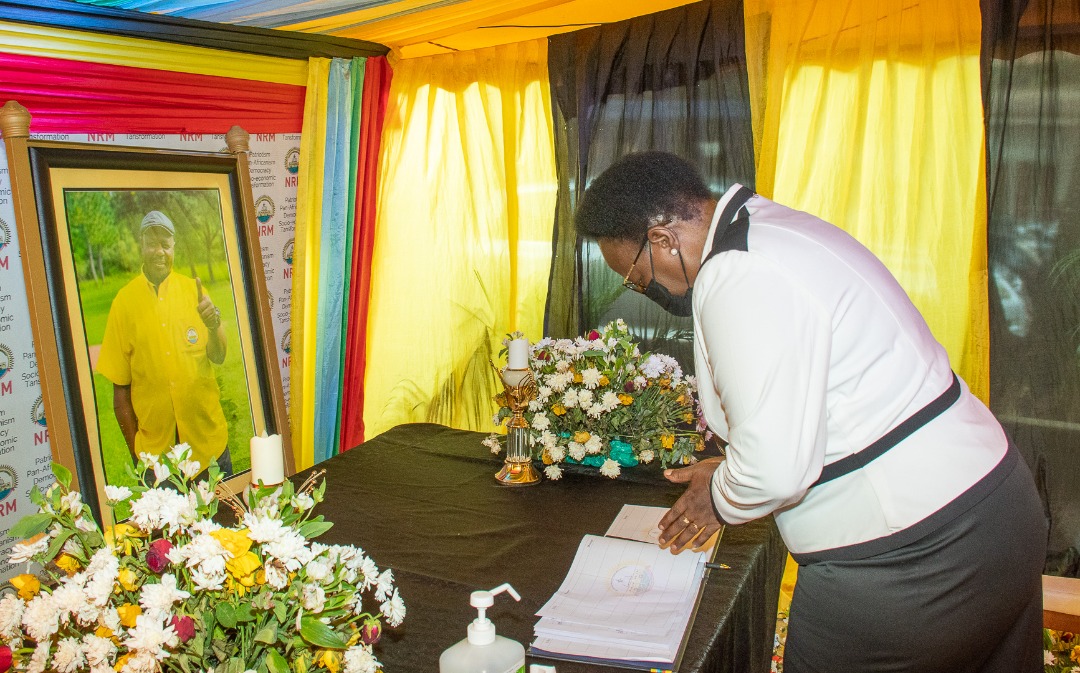 The Executive Director of Kampala Capital City Authority (KCCA), Dr Dorothy Kisaka Wednesday morning visited the NRM National Secretariat to condole with its leadership for the loss of their CEC member and former Speaker of Parliament Rt Hon. Jacob. Oulanyah.
She was received at the party headquarters by the Secretary General Rt.Hon. Richard Awany Todwong before proceeding for a brief meeting attended by his deputy Hon. Namayanja Rose Nsereko and the director for Communication, Hon. Emmanuel Lumala Dombo.
Addressing the media shortly after signing the condolence book, Dr Kisaka said; “Oulanyah’s wise counsel and guidance will highly be missed by Parliament and the country at large”. She further described the late Speaker as a good lawyer who cared to protect the rights of every citizen irrespective of the status.
“It is unfortunate that our law profession has lost an icon who greatly contributed to its growth. We are now left to praise his works and glorify God for rendering him the energy and vision to deliver while still alive,” she added.
She also praised the late Oulanyah for his courage and selfless service to the people of Uganda and the NRM party in particular. The deceased was a CEC member representing the northern region.
Earlier before her arrival, H.E Vladen Semivolos, the Russian Ambassador to Uganda held talks with the Secretary General and later signed the condolence book.