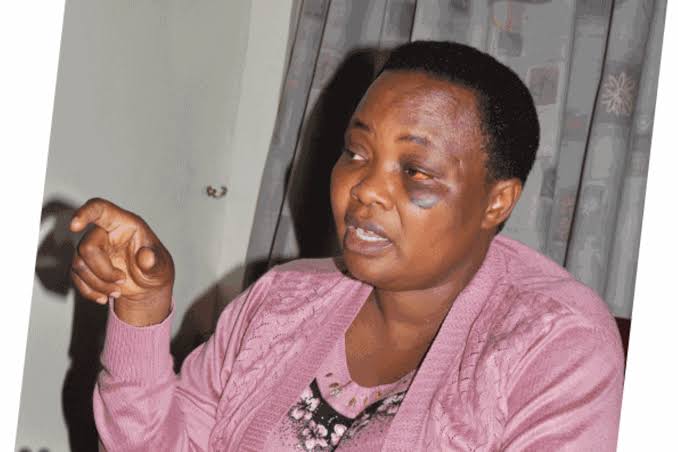 Kampala– Only registered and trained Boda boda riders shall be allowed to operate in Kampala, the Prime Minister, Robinah Nabbanja has revealed.

Speaking at the launch of the registration exercise for Boda Boda riders at the Kira Road Police Grounds in Kamwokya Tuesday, Nabbanja urged riders to shun negative voices discouraging them from registering and training, saying it is through this exercise that they shall be able to formalize their operations in the City.

Nabbanja says the purpose of the training and registration is to organize the industry, ensure that riders are knowledgeable about their job, and eliminate wrong elements who use Boda bodas to engage in theft, robbery, and murders.

It’s almost a week since Nabbanja instructed the Ministry for Kampala and Metropolitan Affairs and Kampala Capital City Authority-KCCA to register all Boda bodas riders in Kampala by September 1st, 2022.

Her instruction came months after the Ministry of Works working with the Uganda Driving Licensing Agency-UDSA started training Boda boda riders in Kampala on proper road use and traffic rules and guidelines in April 2022. However, the exercise has been unpopular with several riders declining to register and train.

But now Nabbanja says that it is through registration and training that one shall be allowed to operate a Boda boda in Kampala. She also reiterated her statement that only 7000 out of an estimated 30,000 Boda bodas would be allowed to operate within the Kampala Central Business District. She explains that no good city has such a large number of riders in the Central Business District where there is usually a lot of human traffic.

The State Minister for Kampala, Kabuye Kyofatogabye said that this week they shall embark on a sensitization campaign to inform riders in the different divisions on the relevance of the training and registration.

Kyofatogabye, who has been closely monitoring the training program, said that Kampala Central has been the most compliant division with over 3500 riders already registered. He expressed dismay that Kawempe is lagging behind as several riders decline or are reluctant to participate in the training exercise.

So far there is no clear roadmap for mass registration but riders have been asked to register and train at the different centers in their divisions.

Several riders who attended the meeting were happy that in years, the government has shown great interest in their matters and hence made efforts to streamline their work. They expressed their commitment to working with the government to grow the Boda boda sector.

Riders also appealed to the government over the high cost of acquiring a driving license. When the training of riders started, the Minister for Transport and Works Gen. Katumba Wamala announced that after training, riders who didn’t have driving permits would be helped to get them but many complained that they couldn’t afford the fees. It was agreed that fees for Boda boda riders to acquire permits be decreased.

One of the female Boda boda riders, Christine Namatta Kuteesa, said that several of the female riders just like it is for male riders do not have driving permits because they cannot afford them amidst increased fuel prices and the high cost of living yet they have a big load caring for their families.

Gen Katumba Wamala assured the riders that his Ministry had submitted their proposed fees for the Driving License to the Ministry of Finance, Planning, and Economic Development. He expressed optimism that soon, the Minister for Finance shall present the proposed rates to Parliament for approval before they can be implemented.

Gen Katumba says that registration and training of riders shall go a long way in organizing the job and developing it to become a good economic base for both the government and the riders.

KCCA is working on a bill to guide the operations of Public Transport. The bill among others proposes registration of riders in Kampala, gazetting and allocation of stages, and licensing of the riders. The political leadership at KCCA led by the Lord Mayor Erias Lukwago is opposed to the ongoing exercise, saying it is not guided by law and that the fees being paid for training are not recognized anywhere in the City Authority.