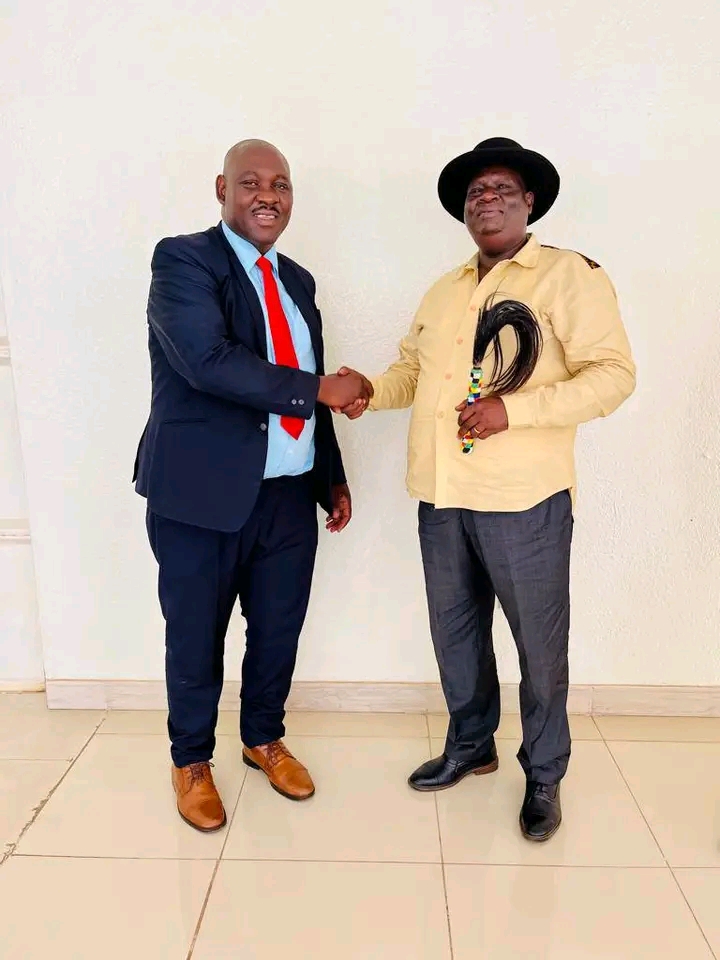 NUP CANDIDATE chickens Out Of The Race For Gogonyo By-Election

Shocking news from NUP camp in gogonyo by-election is that another NUP candidate has chickened out of the race for gogonyo member of Parliament.

According the letter circulating on social media purportedly authored by emolmor chief indicates that Joseph okoboko has been talked out of the race by iteso cultural leader Papa Sande.

In a dramatic turn of events, the NUP favour able candidate has pulled out of the race following a meeting between him and the newly elected Iteso emoromor leader papa Sunday .

NUP spokesperson Joel senyonyi says their party has not received any communication that their candidate has pulled out of the race. NUP insists that their candidate is still in the race but when asked by reporters whether they have talked to their candidate who is still in the race,
“We have continously been trying to get in touch with our candidate and has since failed. He switched off all his phones.as far as we are concerned, NUP is in the race, we have a candidate. It’s only we, the party that can pull this person out of the race. So what we are seeing on social media ,true or otherwise, it’s out there.” Joel Senyonyi responded.

This follows last week’s announcement by opposition forum for Democratic change party withdrawing from the race to pave way and give their total support to NUP candiate Joseph Opolot in the gogonyo by-election.

The purported letter which seemed genuinely written by the Teso leader reads, “I Papa lo iteso, the Emorimori of the iteso cultural union , I have had cardiac discussions with my son Mr. Joseph Okoboi Opolot of Gogonyo, pallisa district on various matters of common interests pertaining to the unity of our people the ITESO and the country at large.” The letter reads in part